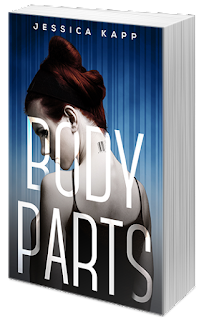 People would kill for her body.

Raised in an elite foster center off the California coast, sixteen-year-old Tabitha’s been sculpted into a world-class athlete. Her trainers have told her she’ll need to be in top physical condition to be matched with a loving family, even though personal health has taken a backseat outside the training facility. While Tabitha swims laps and shaves seconds off her mile time, hoping to find a permanent home, the rest of the community takes pills produced by pharmaceutical giant PharmPerfect to erase their wrinkles, grow hair, and develop superhuman strength.

When Tabitha’s finally paired, instead of being taken to meet her new parents, she wakes up immobile on a hospital bed. Moments before she’s sliced open, a group of renegade teenagers rescues her, and she learns the real reason for her perfect health: PharmPerfect is using her foster program as a replacement factory for their pill-addicted clients’ failing organs. And her friends from the center, the only family she’s ever known, are next in line to be harvested. 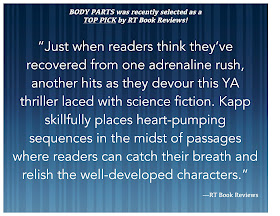 Determined to save them, Tabitha joins forces with her rescuers, led by moody and mysterious Gavin Stiles. As they race to infiltrate the hospital and uncover the rest of PharmPerfect’s secrets, though, Tabitha finds herself with more questions than answers. Will trusting the enigmatic group of rebels lead her back to the slaughterhouse? 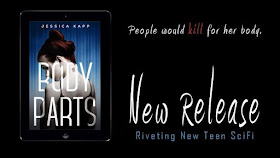 The exit door buzzes. My breath catches when I notice it’s not a trainer—it’s Ms. Preen. And, she’s holding a red file, which can only mean one thing.
One of us is getting out.
Her heels make quick, light clicks as she crosses the floor past the weight equipment and yoga mats. She crinkles her nose as she moves through the thick cloud of sweat. By the time she reaches us, Meghan’s out of the pool. We stand, two-dozen bodies huddled together, anxious to hear the news. I scan my friends’ faces, wondering whose turn it is to go. Parker wraps his free arm around me. I imagine this is how a gymnast feels after a routine, waiting for her scores. Did I perform well enough? Could I have done more?
Will I win the ultimate prize: a family?
Ms. Preen presses through to the pool area, but stands far from our group, as if she thinks we’ll throw her in.
It’s crossed our minds before.
The light shines off her blonde bob, and her face is flawless. Freeze-dried, we like to say.
“Where is she?” Ms. Preen looks at our group as if she can’t tell us apart, which is probably true. Even though she pops in at least once a month to check on our vitals, she isn’t interested in getting to know us. She’s the one in charge of pairing us with families, but all she knows is what we’re good at. Meghan is the fast one; Paige climbs like she’s part monkey; Parker’s built like a brick house; and me, I have the lungs.
“The redhead, where is she?”
All eyes turn to me.
“We have names, you know,” Paige says, her voice curt. “Hers is Tabitha. T-A-B…”
Ms. Preen pulls a piece of paper out of the file, holding it up toward the row of skylights to read it. “Yes. She’s the one.”
Parker tightens his hold on me and I clasp my hands together to stop them from shaking. Ms. Preen doesn’t need to know I’m nervous. I’m supposed to be elated, ready to go. Maybe I’ve been fooling myself.
I wiggle out of Parker’s grip to step forward. “That’s me.”
Ms. Preen shoves the paper back into the file. “Get dressed. I’m taking you for your final screening. If you pass, you’ll be out tomorrow.” Her voice is hard and she turns to walk away.
I glance back at the group, at the faces I’ve known since childhood. They’re excited for me, but I can see the disappointment in their eyes. I know the look, because up until today I’ve watched friends leave, waiting for my turn.
Now that it is, I can’t move. 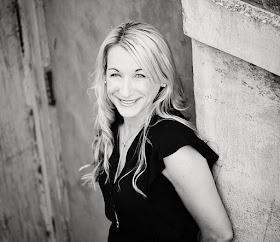 Jessica Kapp enjoys writing Young Adult Contemporary and Speculative Fiction. Story ideas often strike at inopportune times, and she’s been known to text herself reminders from under the covers.

She lives on a small farm in Washington with far too many goats and an occasional cow.

Tabitha is hoping to find the perfect family. She has been raised in an elite foster centre. They help children become the best they can. Tabitha literally has a body to die for. She has great lung capacity and is in tip top shape. Everything but her heart is in perfect condition. The centre gives her pills to help that problem though. Everything is looking promising for her future, and it's her time to be called up.

A dream family may just be too good to be true. The medicals run some tests to check Tabitha is what the centre said she was, and this is where her rescue party turn up. Tabitha doesn't know how lucky she is until they explain the children are used as organ donors.

Her new family may not be the one she was expecting, but they are what she needed. They have discovered the horrible secret of the foster centre, and want to save the children.

This is a romance novel. Gavin the leader of the rescue party is a love interest of Tabitha's. Her best friend, Parker (from the centre) also wants a chance to be her guy, but who will she choose.

Body Parts is an interesting story which is mysterious, action pack and a little disturbing. 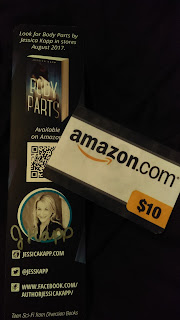