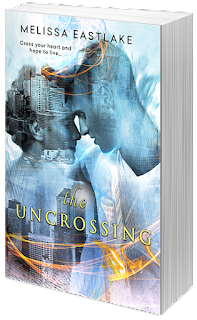 Luke can uncross almost any curse—they unravel themselves for him like no one else. So working for the Kovrovs, one of the families controlling all the magic in New York, is exciting and dangerous, especially when he encounters the first curse he can't break. And it involves Jeremy, the beloved, sheltered prince of the Kovrov family—the one boy he absolutely shouldn't be falling for.

Jeremy's been in love with cocky, talented Luke since they were kids. But from their first kiss, something's missing. Jeremy's family keeps generations of deadly secrets, forcing him to choose between love and loyalty. As Luke fights to break the curse, a magical, citywide war starts crackling, and it's tied to Jeremy.

This might be the one curse Luke can't uncross. If true love's kiss fails, what's left for him and Jeremy?


The Uncrossing by Melissa Eastlake 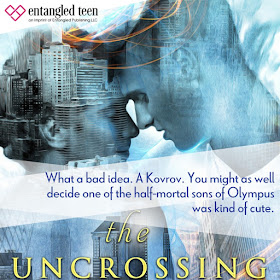 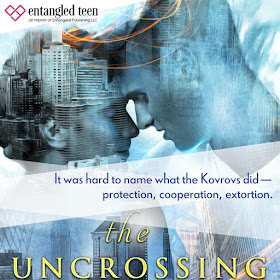 The uncrossing is a unique and interesting story. It had me guessing right to the end.

Crossing is to curse so uncrossing is to uncurse. Luke has a gift just like his sister. They are opposites. Luke can Uncross almost any curse. Jeremy is the one puzzle he can't work out.

Two powerful families control the magic in New York. Jeremy belongs to the Kovrov family. They are known to protect their own and be ruthless. Luke is aware of the dangers when he starts working with the family, but the opportunity is too good to turn down. He works alongside Jeremy and can't help but be interested in the puzzle which has taken over his life.

Jeremy has always had a thing for Luke. He thinks he is the answer to his prayers. Everyone can see the crush Jeremy has. Everyone expects Luke.

Uncrossed is a gay romance novel with a complex fantasy storyline. The story is creative and I found it really interesting.

4.5 Stars out of 5. It's different and I haven't read anything similar.

*ARC received in exchange for an honest review. * 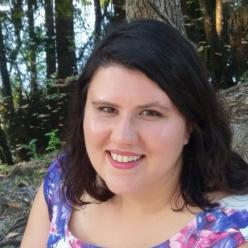 Melissa Eastlake’s debut novel, The Uncrossing, is coming in 2017 from Entangled Teen. She lives in Athens, Georgia with her partner and their dog. 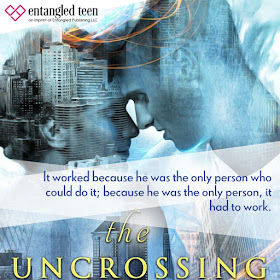 ❤Question One: What is crossing and uncrossing? What inspired you with this idea?

That particular idea came from research! Crossing and uncrossing are hoodoo words for making and breaking certain kinds of curses. I built the magical system of The Uncrossing out of different, real folk magics, weaving them together. I wanted to combine these different traditions in a way that was respectful to their roots and put the fairytale curse at the center of the story into that larger context.

❤Question Two: The book is set in the real world. Did you consider making your own fantasy place or did you want to let the audience relate to the settings?

It was always the real world—specifically, I wanted to write a fairytale in an action movie world. I was most interested in imagining these fairytale tropes and characters in the contemporary world—in the contrasts that would make, and in how it would challenge the characters. When thinking about the “magic mafia” structure and how it would fit into the city, I did consider writing a generic urban setting, or something disguised like a Gotham or Metropolis. Ultimately, I decided it was best anchored in the real world, so that I could do my best keep the representation honest and focus only on changing the elements I was interested in.

❤Question Three: I loved the diverse culture in The Uncrossing. Luke's parents come from very different backgrounds I would love to hear more about their story and how difficult it was for them to make their relationship work. Could you talk us through it?

I love Yuri and Helene! Not a ton of their backstory made it onto the page, but I have a whole lot in my head. We know Yuri’s an immigrant, and Helene grew up in the south, but moved to New York on her own. I just love to imagine them all young and hot and wild in 90s New York. So, they didn’t have much family support, but they both had connections in common and used that to carve out a life for themselves and, eventually, their kids. I think the world sometimes makes things hard for the Melnyk family, but that they are totally loyal and affectionate to one another. 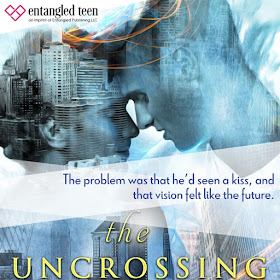 ❤Question Four: The Uncrossing is really creative and a complex story. Can we find any of you (the author) in this book or is their a character you relate most to?

Thank you! There’s a core to this story that’s very dear to my heart: the question of how to make a happy ending, especially a queer happy ending, in an unjust, broken world. And then I also threw tons of narratives, pop culture references, and tropes that I love, to make that a fun ride for me and for the reader. There are definitely ways I identify with all of the characters, but Jeremy is one I’ve been writing different stories for, trying to find his, for years.

❤Question Five: Jeremy's outfit choices were always interesting. Is there a story behind this?

“Interesting” is definitely the word! At the beginning, I just threw all the Disney princess signifiers I could think of at Jeremy—long, blond hair, a pink shirt, his magic. Some things didn’t stick, and others ended up creating really important things about his character. At first, they show how he fits into the world—he doesn’t need to worry about dressing up, he’s never required to adhere to a dress code or uniform, and he can look as goofy as he pleases without getting into trouble. As we get to know him better, his clothes are one way we can see how hard he’s working to project a bright, happy image he doesn’t always feel.

❤Question Six: Did the book turn out the way you expected?

I learned so much writing this book, querying it, and putting it through revisions and edits. It’s pretty much unrecognizable from the first draft—but, I think, it’s gotten closer to the truth of what I intended and hoped for through all those revisions. The last scene is actually the one that’s changed the least since the first draft. I always knew where the characters were going to end up; I just had to become a strong enough writer to get them there.

❤Question Seven: The Uncrossing is your debut book. What can we expect next? Will their be more books in this series?

I am hard at work on a new project, though I don’t have anything to announce yet. As for a series, or more books in the universe of The Uncrossing—I’d love to, if there’s an audience for them! 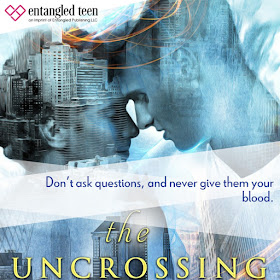