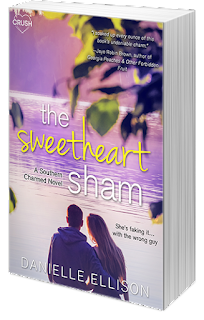 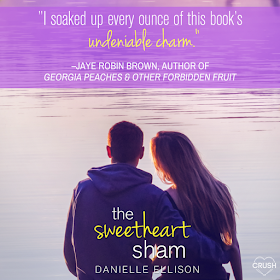 In a small town like Culler, South Carolina, you guard your secrets like you guard your cobbler recipe: with your life. Georgia Ann Monroe knows a thing or two about secrets: she’s been guarding the truth that her best friend Will is gay for years now. But what happens when a little white lie to protect him gets her into a fake relationship…and then the boy of her dreams shows up?

Enter Beau Montgomery: Georgie’s first love, hotter than ever, and much too much of a southern gentleman to ever pursue someone else’s girl. There’s no way to come clean to Beau while still protecting Will. But bless their hearts, they live in Culler—where secrets always have a way of revealing themselves.

Disclaimer: This Entangled Teen Crush book contains a hilarious “fakeship,” a scorching-hot impossible relationship, and a heartwarming best-friendship that will make you want to call your best friend right here, right now. 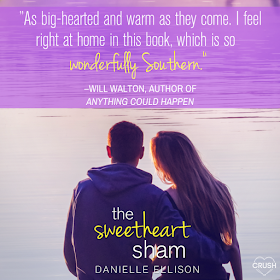 “Beau Montgomery, what on earth!” someone, I think it’s Will’s mom, says with a squeal. I can’t single it out because my heart seems to stop beating.


Everyone scoots toward the patio entrance and gathers around. Will drops my hand to move closer.


And then I see him. 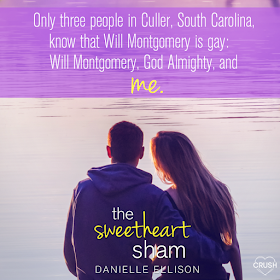 He’s standing behind Mrs. M next to his dad, a big smile on his face, and he’s tall. Real tall. His dark hair is longer and nearly falling into his hazel eyes, definitely a length that Orry won’t like much. His jaw is strong, some muscles pressing under his polo. He looks nothing like the boy I remember.


And suddenly I’m a little self-conscious. What am I wearing today? I can’t even remember. I could look down but that would mean looking away from him, and thenmaybe when I look back he won’t be there. I don’t know if he even sees me, but I see him. Clearly. After more than twoyears of nothing.


“Beau, is that you, boy?” Orry calls. Beau steps around the rest of the family toward his grandpa. He’s closer now, and I can get a better look at his face. My eyes explore his features and rest on his lips, which break out into a small smile and—Dang, is it hot out here?


“Hello, Granddad.” Orry pulls him into a hug and Beau has to lean over to reach him properly. Orry looks like a kid in his arms.


Cheese and rice, even his voice is sexy. Deeper but still with a familiar feeling that it stirs up in me, and an accent with a hint of Georgia twang instead of South Carolina


Orry holds him out at arm’s length and examines him before giving him a pat on the shoulder. “You look more like your daddy than I expected. How tall are you?” 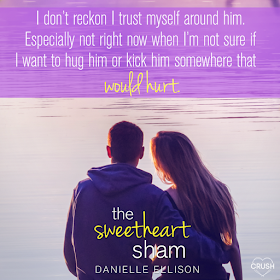 
I want to move, but I can’t. My feet are stuck to the ground, not that I should move anyway. I don’t reckon I trust myself around him. Especially not right now when I’m not sure if I want to hug him or kick him somewhere that would hurt. I’d do a good job of it too and make darn sure my kick was as painful as him not showing up that night.


“Not until closer to the wedding,” he says.


I watch as Will hugs him. They’re both smiling, and it reminds me of before when he was here. They were inseparable—we were—and now I’m just standing here like an idiot. Which I am. Will looks in my direction, and then Beau’s eyes are on me, too. It’s even worse when he’s looking at me, especially now with a hidden glimmer in them. It’s not how he said hello to the others; it’s almost like his eyes hadn’t seen me before, and now he’s hyperaware. Just like I’ve been since his dad yelled his name.


He takes a step toward me. 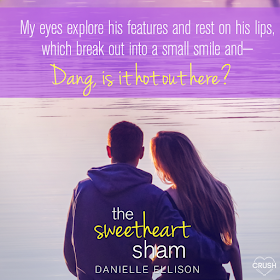 Georgia Ann is a southern belle, and her best friend Will is the towns golden boy. Their families would love a Monroe/Montgomery wedding. They are two of the towns founding families. Unfortunately, this pair has absolutely no interest in heading down the aisle together.

Beau has been in love with Georgia forever. He broke her heart once and left town with his mother. He is given the opportunity to return and spend the summer with his dad. When he left town he didn't settle any of his past, but that doesn't mean he can pick up where he left off. His girl is dating his cousin, his relationship with his dad is strained, and the drama of a being in a small town catches up with him.

Georgia is loyal to Will. She loves him and only wants the best for him. Will has a secret that he isn't ready to share. Will is gay and has the option to find love. He ropes Georgia into covering for him. The sweetheart sham is in place, but Georgia didn't expect Beau. He wants forgiveness and old feelings are sitting raw.

This is a coming out story. Will's story is told through Georgia. This book works really well and the romance feels forbidden. I think Beau needs this story to realise how strong his feelings are. This book is about a small town and two families. It's heartwarming and sweet. It's a fabulous winter read when everyone is thinking about how much family means.

4.5 stars out of 5. The perfect hot chocolate and marshmallows read. *I received an ARC in exchange for an honest review* 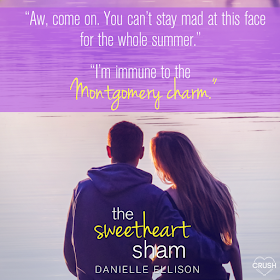 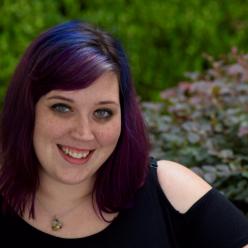 Interview with the Author
Question One: What was your inspiration behind The sweetheart sham?
It sort of found me, but as as the story developed as I got to know the characters, I pulled inspiration from other stories I loveS that’s why I call this my Gilmore Girls meets Will and Grace book; I wanted it to feel like that kind of town and that kind of friendship.

Question Two: Georgia Ann and Will are best friends. What was a normal day like for these two before Beau arrived back in town?


Oh, this is a great question.

During the summer, besides working the Belles or whatever family obligations they have, they’re usually hanging out in town with their friends or each other. Much like you see in the book now.

During school, it was school and then milkshakes immediately after, unless Will had football practice then they go after practice and she’d go to Belles. Friday night football. Saturday they usually hang out and do whatever they need to do in town. Sunday lunch with both families.

Question Three: The sweetheart sham is actually 3 people's stories. It is cleverly done as Will's story is told through his best friend. Did you consider giving Will his own voice?
I did! Initially it was all Georgie, but when I sold it, my editor suggested a second POV. My initial plan was Will, but it didn’t work as well with the story because there was no way to keep his love interest a secret and it created less conflict. Then, as Beau came into the fold, he really had his own story to tell. Since this is love story, it made sense that the narrators became Beau & Georgie. I did want to represent the love story between Georgie and Will too, so that’s why his is closely followed as well.

I think in the book, I love when she’s taking him around town because it establishes their history and also gives them some alone time. I think it’s a sweet scene, just entirely them together and no one else. I also love in the beginning when they’re going to get the chairs and the end up at the water because that scene has a lot of tension.

Question Five: The sweetheart sham is a standalone story. However we meet some interesting characters along the way. Can we expect a sequel?

You can definitely expect a companion book. I can’t say much about it, but I can tell you it has a lot of Jake Lexington. I have many sets of characters in Culler that I’d love to explore and share, so we will see what happens! 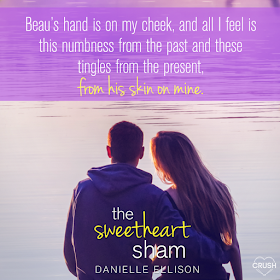