What Time Is It There? ♥ Blog Tour ♥ Excerpt, Review & Giveaway 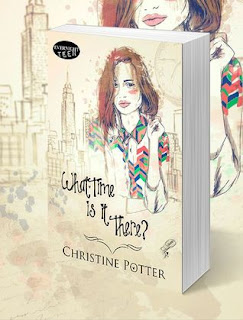 What Time Is It There?

Just over a year ago, Bean and Zak headed for colleges two thousand miles apart, promising to write, but to see other people … until Bean fell for the wrong guy and Zak fell off the planet.

Now, Bean’s got two weeks’ worth of Zak’s year-old letters that she still can’t bear to open—and a broken heart. Her new best friend, a guy named Amp, wants her to read the letters and be done with it, but he may have his own reasons for that.

When Sam shows up at Bean’s school unexpectedly and Bean tumbles into the 19th century from the cellar of a ruined church, things start making a bizarre kind of sense. That is, if she can just fit all the pieces together again…let's see--there's a cult...and the Flying Singing Angel With No Feet...and of course, The Grateful Dead... 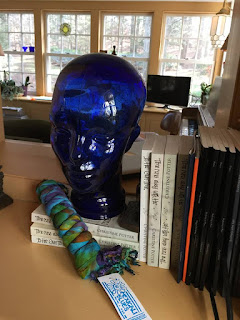 I will never, ever forgive myself, thought Bean, and allowed herself to daydream once more about the gorgeous guy’s shirt she’d seen at Constant Karma in Stormkill.  It was green and blue and printed with elephants walking trunk to tail.  Zak would have loved it…but she had absolutely no idea where he was.  There were rumors he’d dropped out of college, like Sam. Call his mother and ask?  She simply couldn’t!
I bet he found someone else, Bean thought.  I went silent and didn’t say why.  He’ll never want to hear from me again. Ever.   Downstairs, Tone and Julia were listening to opera. She shut her door.
She pulled the stack of Zak’s unopened letters out of her suitcase, and even though they might contain a hint of what had happened, she couldn’t bear to open even one.  Instead, she got out her guitar and began dropping it into an open D tuning for Joni Mitchell’s Marcie. There was probably a no less Christmas-y song in the world.
As for Zak’s letters, Bean brought them back to college with her.  And home again at the end of the year.  And then back to school for her sophomore year: still sealed, every last one.

What time is it there? Is the 3rd book in the Christine Potter Bean book series. I would recommend you start with book one as it will enhance this story, however, this book could be read as a standalone. The 1970's rocked and Bean is just a girl in the world trying to find her way.

Rebecca Donohue 'Bean' is back and ready for college. She is leaving her hometown and saying goodbye to old friends. Zak her former boyfriend is moving across the country to study art and has promised to stay in touch. If it's meant to be it their feelings will stay strong.

Bean Summer job on the radio leads to greater things in college and everything is looking pretty good. She starts dating a new boy and try's to find a new life. Even her relationship with her mother is looking up. The more Bean realises the mistake she made with Zak the more she slips into the past. Bean time travels and sees her former self. The past, the present and the future become blurred. Can the past bring her the future she wants?

This series has unique wrote all over it. Zak is of an acquired taste and his unique character is what draws Bean in. Now Zak has left Bean struggles to find the right path. Music, sex and drugs influence the 1970's. Women are more able to choose their own path and Bean is happy to lead the way. We meet some new and old characters. The story really brings the series together. 4 stars out of 5. This series is constant and the bizarre keeps flowing. I received an ARC as part of the Chapter by Chapter book tour. 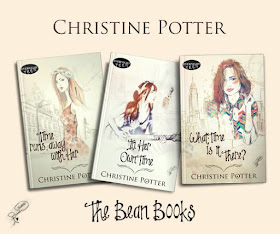 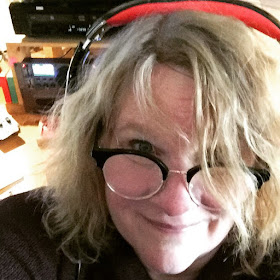 Christine Potter is a writer and poet who lives in a very old (haunted) house on a creek in Rockland County. She has an organist/choirdirector husband (Ken) and two spoiled tom cats. One of the house's two ghosts lives in the room behind her office.

Christine's newest book is a YA time travel novel, What Time Is It There? (The Bean Books, Book 3), newly released by Evernight Teen. The first book in the series is Time Runs Away With Her, and the second is In Her Own Time.

Her two poetry collections are Zero Degrees at First Light (2006) and Sheltering in Place (2013). She has also had poems published in Rattle, Fugue, The Irish Examiner, HOOT, Eclectica, and The Pedestal, among other magazines. Her third book of poems, Unforgetting, is due out this spring from Kelsay Books. 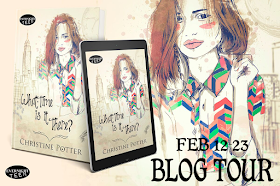