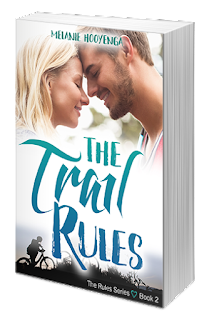 The Trail Rules (The Rules Series #2)


J unior year’s looking up for sixteen-year old Mike. Her new BFF isn’t a sadistic control freak, her boyfriend adores her, and she’s learning to bike in the mountains without decapitating herself on a tree.

When she meets a group of riders who welcome her into their pack, she feels like she’s finally found where she belongs. One particular rider—a boy with an amazing smile and an even more amazing ability to see what she’s truly capable of—gives her the confidence to go after what she wants: her own life with her own rules.

There’s only one problem—he’s not her boyfriend.

Just as things seem to be falling into place, her parents put on the pressure to figure out her future—one that doesn’t include riding. Mike soon realizes that having everything isn’t that great when she’s not the one choosing it. She needs to decide if she’s going to continue to be a follower or step out of the shadows and find her own trail. 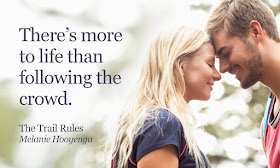 Review: ♥ ♥ ♥ ♥
Mikayla (Mike) has finally got everything she thought she wanted. She has distanced herself from the snow bunnies aka mean girls. She is back with her ex-boyfriend, Evan and she has some new friends.

She has started cycling and is really enjoying the challenge but Evan her BF is a little too protective of her. As the new school year starts she finds everyone's expectations of her are overbearing. Her parents want her to focus on her education. Her boyfriend wants her to be the perfect girlfriend. Her old friends are acting strangely towards her. Mike tries to please everyone but something has to give.

She meets some new friends while out on a cycle trail. They don't go to her school and they aren't entangled in her life. Mike finds the step back refreshing and helps her focus on more than what others want. One of her new friends is a guy called Mica and Mike can't help but compare him to Evan. Even though Mike was desperate to get back with Evan most ex's have that title for a reason. Mica shows her that Evan might not be everything she needs.

I would say this is more a becoming of age book than a romance. Don't get me wrong it is a love story with a happy ever after but I felt Mike could easily have any guy she wanted.

I didn't really like Evan and I'm not sure if this was intentional by the author but I couldn't wait for her to get rid of him. He was controlling and condescending. I haven't read the first book and I did wonder if I would have liked him more if I had.
This is a standalone story, however, I did feel certain aspects would have made more sense if I had read Cally (Mike's BFF) story.

Overall I enjoyed The Trail Rules. It's the first mountain bike story I've read and Mike was an interesting character. Her conflict between doing what she wanted and what others expected made for an interesting story. Mica was an ok love interest and the author tried to show an intense attraction but I felt we didn't really find out enough about him. This story was more about new beginnings, breaking free and discovering it isn't as scary as you thought.

I received an ARC in exchange for an honest review as part of the Chapter by Chapter blog tour. 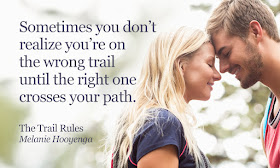 Question One: What was your inspiration for writing The Trail Rules?


The Trail Rules is the second book in The Rules Series, so I got my inspiration from The Slope Rules! In the first book, Cally is in a new school and must learn to be on her own without her friends back home. She becomes friends with a girl named Mike, who’s much quieter and more unsure of herself than Cally, and I knew I wanted to write a book about her. Mike is the star of The Trail Rules, and it’s about her figuring out what she really wants and how she’ll go after that. And there’s tons of action-packed mountain biking scenes!


Probably Alex. She’s a new friend (and yes, another girl with a boy’s name) and she’s everything Mike wishes she could be. Strong, kind, outgoing, and most importantly, she’s true to herself and loyal to her friends. I strive to be more like Alex. Plus she’s hardcore with a capital H on the trails.

Question Three: Cycling has really taken off in the last couple of years. Is this a passion of yours and why did you chose the forest trail?


I wish I could say I shred the trails on the weekends, but I’m very much NOT a mountain biker. I am very active and play a lot of sports—and ride my bike regularly—but my most aggressive move is hopping a curb into traffic and cutting across my front yard. I chose the forest trail because a lot of skiers and snowboarders mountain bike in the off-season, including on the actual ski trails, and since this book takes place in late summer, it fit well. Because I’m not a skilled rider, I made Mike a beginner and I did a lot of research to make sure I described Mike and her friends accurately.

Question Four: The nickname for Mikayla is unusual. What made you choose to call the main character Mike?


I have a college friend named Michaleen who went by Mike, and her name has always intrigued me. I chose Mikayla since it’s a more current name, and wanted to have a girl who isn’t necessarily a tomboy, but goes by a boy’s name. In The Slope Rules, the Snow Bunnies (aka mean girls) are very into clothes and makeup and I knew one girl in the group wouldn’t fit that mold, so I thought it made sense to name her Mike.

Question Five: This story is told from Mike's point of view but what was Mica's first impression of her?


It’s funny you should ask, because I’ve written two bonus scenes from Mica’s perspective, and one of them describes his first impression. Here’s a little snippet:

What if I never see her again? “It’s a cold race, but it’s awesome. Think about it.” I catch her eye, not caring that Evan’s watching, and hold her gaze long enough for my pulse to race. It takes all my strength to pedal away.

Needless to say, he was attracted to her right away—primarily because she rides and riding is his world—but it was pure chance they ended up in each other’s lives.

Question Six: What can we expect next from this series?


The Edge Rules! The third book in the series is about Brianna—the horrible mean girl from the first two books—and she learns to snowboard. She’s so awful in the other books that I knew I wanted to write her story, and she definitely gets everything she deserves. I decided to write from the perspective of the mean girl for two reasons: 1) I wanted to show readers that if you have a Brianna in your life, there’s usually a reason they act the way they do, and 2) if you ARE the Brianna, that you don’t have to stay that way.

The Edge Rules comes out October 26, 2018 and I’m so excited to share this book with my readers 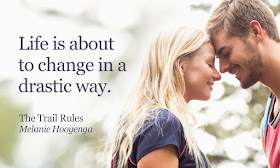 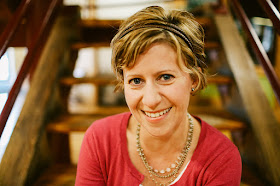 Multi-award winning young adult author Melanie Hooyenga first started writing as a teenager and finds she still relates best to that age group. She has lived in Washington DC, Chicago, and Mexico, but has finally settled down in her home state of Michigan. When not at her day job as a Communications Director at a nonprofit, you can find Melanie attempting to wrangle her Miniature Schnauzer Owen and playing every sport imaginable with her husband Jeremy. 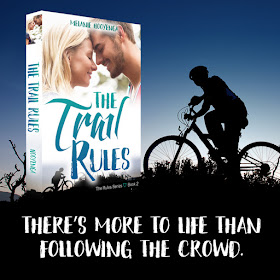