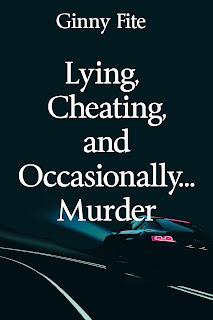 When it comes to murder, even brilliant scientists aren’t immune…

The night Harold Munson is shot dead in his car, the primary suspect is the man’s brainiac wife.
But Charlotte, who has a passion for science and sex with strangers, swears all she wants is a
Nobel Prize for curing brain cancer, even if that requires fudging her research and a few dead
patients along the way.

When the next body drops, all signs point to Charlotte, but Detective Sam Lagarde doggedly follows the clues until he has his own Eureka moment.


Excerpt
Chapter 1
March 30, 2016, 6 a.m.:
At two in the morning on a perfectly clear night, the full moon casting a beacon across
western fields and along two satin rivers unfurling between dark mountains,
Harold Munson ended his perfect day by crashing right through the clapboard siding of
the Weigle Insurance Company office building.
Munson’s front bumper nudged the insurance agent’s desk into the printer,
which interpreted the jolt as an instruction to print and began beeping its
out-of-paper alarm. Dave Weigle, broker and owner of the company—awakened by
a newly downloaded intruder alert app on his cell phone—threw
on sweat pants and a jacket, padded out to his car in slippers,
and arrived first on the scene.
He peeked through the window of the car in his parking lot and saw a man slumped over
the driver’s side air bag, but Weigle was too preoccupied with the damage to his building
to look closely. Unlocking his unscathed office door, he first examined the gaping hole
caused by the front of a car ripping through the side of his building, turned off the
annoying printer beeping, looked around at the mess, and called the police, just in case
the new automated security system hadn’t notified them.
Then he took photographs on his cell phone. He had insurance. He might as well use it.
If nothing else, he could prove to his wife he really had gone to the office in the
middle of the night.
Munson had been going northwest toward Martinsburg, based on swerve marks made by
his tires on the two-lane Charles Town Road, when his car rammed into the insurance
building opposite the Kearneysville Post Office five miles west of Shepherdstown.
When Jefferson County Sheriff’s deputies arrived ten minutes after Weigle, they
bolted out of their vehicles thinking Harold was dead drunk, slumped over the
airbag like  that, not moving and unresponsive to their increasingly loud,
shouted commands:
“Hands where I can see ’em. Step out of the car. Get out of the car now.”
Sheriff Harbaugh was sure he saw Munson blink as officers approached
the closed window of the driver’s side door, guns drawn, yelling at him to
surrender. They attempted to wrench open the door to pull him out of the
car and discovered it was locked. Then, in quick succession, they noticed a smear
of blood and brains on the passenger seat and dashboard and two small holes
in the driver’s side window surrounded by rings of spider-webbed glass.
Drunk or not, Harold had been shot through the head. That might have been the cause
of his leaving the road and plowing into the building. Whether he hit the building first
or the bullet smashing through his brain had caused him to veer off the road would be
determined by further investigation. At that point, the deputies called in the West
Virginia State Police with its forensics apparatus and crime lab personnel.
After his initial reconnoiter of the Munson crime scene, a conversation with Weigle,
whose cell phone alert app had recorded the moment of impact and whose photos of
the scene might prove useful, Detective Sam Lagarde, assigned to the State Police
Troop 2 Command, based outside Charles Town, reminded himself he was only a
short trip on winding, narrow roads up and down a few hills from his eighteenth-century
farmhouse. He decided to go home and let his horses out of the barn before he went
back to the office to file his initial paperwork. When he got to his house, coffee was
already brewing.
Lagarde stopped describing his new case and looked down into the mug of coffee
Beverly Wilson put on the kitchen table in front of him. It was the right color.
He took a sip. It had the right amount of sugar. He took two gulps. It was the right
temperature. He felt like Goldilocks. He still wasn’t accustomed to having someone
take care of him, or even give two hoots about how he liked his coffee. He marveled at
his good luck. It was six in the morning, and Beverly was a tea drinker. He took a
moment to savor this extraordinary gift. In a month or two, he knew, he would take
it for granted.
He looked up at Beverly, then out beyond the kitchen door, which he’d left open to let
in the bracing spring air, and glanced toward the barn. It was too much to ask.
“Yes, Sam.” Beverly made a face at him and then smiled and put a hand on Lagarde’s
shoulder. “I let the horses out and made sure they have water and a few leaves of hay.
They’re set for a while, unless you want to ride, in which case you’re the one who’ll
have to catch Jake.”
That was all it took, the mild pressure of her warm palm on his shoulder for him to
feel completely calm and that the world was in order. The whole thing—Beverly Wilson,
in his house, sleeping in his bed, making slight snoring noises that forced him to
acknowledge her presence was real—was a marvel to him.
Here she was talking to him as if it was the most normal thing in the world for them to
be living together. How had this happened? He didn’t feel entitled to such a miracle.
After love, women were the second most indecipherable mystery he had never solved.
But then, neither had anyone else.
***
Excerpt from Lying, Cheating, and Occasionally Murder by Ginny Fite.
Copyright © 2018 by Ginny Fite.
Reproduced with permission from Ginny Fite. All rights reserved


love the title of this book and it's totally what drew me to it. Luckily the story was good too. It's been a while since I've read a murder mystery and I'm so glad the title fits the book.

Harold Munson is our unlucky murder victim but the motive is unclear. His wife doesn't love him but she's already in the process of leaving him. Her lover knows his place and is happy with it. Harold Munson is making a lot of people a nice sum of money. In fact, his life was going quite smoothly considering his divorce. So who would want him dead? It's Detective Sam Largarde and Corporal Jim Taylor's job to find out.

I really like the fact there were a lot of suspects in this book and no clear motives. His wife had her own money and career. She was cheating but it wasn't serious.
The lying and cheating made a good read.

I also like to have an insight into the detective's lives. It makes them more human and
Largarde was a friendly enough guy.

Overal 4 stars out of 5. I received this book in exchange for an honest review as part
of the Partners in Crime blog tour. 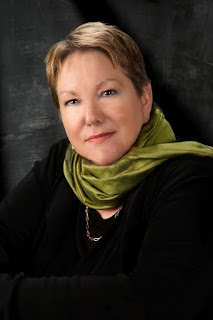 Ginny Fite is an award-winning journalist who has covered crime, politics, government, healthcare, art, and all things human. She has been a spokesperson for a governor, a member of congress, a few colleges and universities, and a robotics R&D company. She has degrees from Rutgers University and Johns Hopkins University and studied at the School for Women Healers and the Maryland Poetry Therapy Institute. She is the author of I Should Be Dead by Now, a collection of humorous lamentations about aging; three books of poetry, The Last Thousand Years, The Pearl Fisher, and Throwing Caution; a short story collection, What Goes Around; as well as two previous Detective Sam Lagarde mysteries: Cromwell’s Folly and No Good Deed Left Undone. She resides in Harper’s Ferry, West Virginia.
** Catch Up With Ginny Fite On: Website 🔗 (http://ginnyfite.com/)
Goodreads 🔗 (https://www.goodreads.com/author/show/4729463.Ginny_Fite)
Twitter 🔗 (https://twitter.com/Unwrinkledbrain)
Facebook 🔗 (https://www.facebook.com/ginnyfiteauthor)

Giveaway:
This is a rafflecopter giveaway hosted by Partners in Crime Virtual Book Tours for Ginny Fite. There will be 1 winner of one (1) Amazon.com Gift Card. The giveaway begins on April 16, 2018 and runs through May 20, 2018. Void where prohibited.
a Rafflecopter giveaway