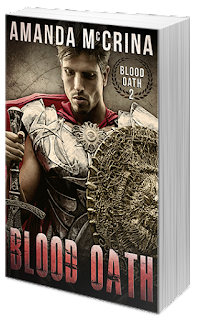 
The aftermath of what happened in the capital has shaken Torien to the core. Battling self-doubt and bitterness, he must find his resolve as he is sent back to Tasso to quell a violent uprising on the Road.

But Torien will need more than resolve to navigate the deadly path before him. His troops are inexperienced and his new adjutant untrustworthy. A series of murder attempts leaves the whole camp on edge. As the threat of mutiny builds, the mission seems doomed before they even reach Tasso—and Torien is beginning to suspect it was meant that way. He and his men are being set up to fail.

With his best friend in the hands of the rebels, his commanding officer refusing to negotiate a peace treaty, and his own men ready to turn on him at any moment, Torien must decide once and for all how much he’s willing to sacrifice for an empire he no longer believes in.

Other books in the series: 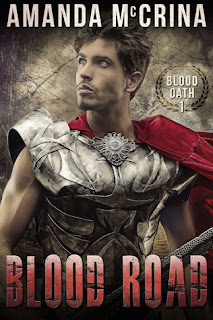 Nineteen-year-old Torien Risto has seen dissidents dealt with before. He knows the young local girl who just knifed him will hang for assaulting an Imperial officer, unless he can stop it.

Someone inside the provincial government is kidnapping Imperial citizens and selling them across the desert to the salt mines, silencing anyone who tries to intervene. The girl’s brother is one of those who has been taken. Rejected by the corrupt courts, she’s waging a personal war against the Empire.

Determined to save her life, Torien sets out in search of answers on the Salt Road, the ancient trade route running deep into the heart of a desert—territory claimed by the hostile Mayaso tribe.

Now, Torien is no longer sure where his own loyalty lies, or how far he will go to break the cycle of tyranny, political bullying, and social injustice in an empire that seals its borders in blood.
370 pages
Published April 25th 2017 by Month9Books 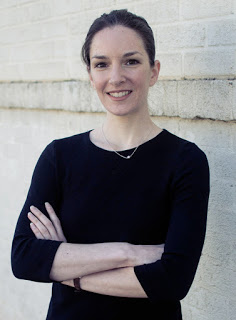 Amanda McCrina has studied in Italy, taught English in Japan, and currently tutors Latin in Atlanta, Georgia. She received her BA in History from the University of West Georgia, and is now pursuing her MA. She writes stories that incorporate her love of history, languages, and world travel. She drinks far too much coffee and dreams of one day having a winning fantasy-hockey season.

·         One (1) winner will receive a $15 Starbucks gift card or B&N gift card, plus a digital copy of Blood Oath by Amanda McCrina upon its release.
a Rafflecopter giveaway
DanielleDuncan at 22:00
Share