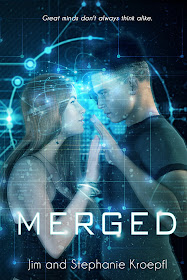 Seven of our country’s most gifted teens will become Nobels, hosts for the implantation of brilliant Mentor minds, in an effort to accelerate human progress.

But as the line between what’s possible and what’s right draws ever blurrier, the teens discover everything has a cost.
Scientists have created an evolved form of living known as Merged Consciousness, and sixteen-year-old Lake finds herself unable to merge with her Mentor.

Lake, the Nobel for Chemistry and Orfyn, the Nobel for Art, are two from among the inaugural class of Nobels, and with the best intent and motivation. But when Stryker, the Nobel for Peace, makes them question the motivation of the scientists behind the program, their world begins to unravel.

As the Nobels work to uncover the dark secrets of the program’s origins, everyone's a suspect and no one can be trusted, not even the other Nobels.

As the Mentors begin to take over the bodies and minds of the Nobels, Lake and Orfyn must find a way to regain control before they lose all semblance or memory of their former selves.

Merged has the right amount of mystery and science fiction to keep you hooked on every page.

Imagine a world where great minds can be given a second chance to discover more. More literature/chemistry/art. A group of teens are given the opportunity to change their fate with the help of a matched genius.

Kevin is a street artist. His passion for art is brought to life in his paintings. He has a gift and a love for adapting former artists work. He lives in the orphanage with the nuns. He’s a good kid at heart but he’s destined to cause trouble with his graffiti. The program adopts him and offers him a future which could change his life.

Lake is merged with a chemistry novel. Together they want to research diseases.

Stryker is given his merge with peace but he struggles to settle into the process.

Each member of the team offer something different but the centre they are staying at holds too many secrets.

There is a little romance but this is mainly about the concept of sharing your dreams. Some members get better than others and the story keeps you guessing right to the end.

This is an interesting concept and an addictive story. I really enjoyed this book. 5 out of 5. I received an ARC in exchange for an honest review. I’ve joined the blog tout my date is the 20th of September. I hope for more in this series.

This is a tricky book to review as a lot is going on in this book and I don’t want to give too much away. 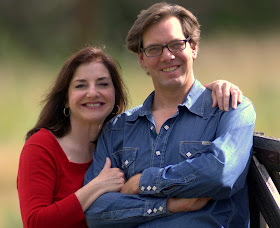 Jim and Stephanie Kroepfl are a husband-and-wife team who write stories of mystery and adventure from their cabin in the Colorado Rocky Mountains. When they aren’t dodging moose, their story ideas appear during their walks with their dog, who far prefers chasing balls to plotting novels. Jim and Stephanie are world travelers who seek out crop circles, obscure historical sites and mysterious ruins.