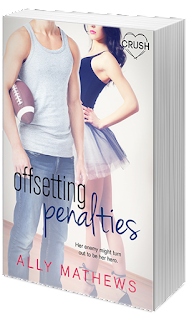 Isabelle Oster has dreamed of being a prima ballerina her entire life, so when the only male dancer backs out of the fall production, she’s devastated. Without a partner, she has no hope of earning a spot with the prestigious Ballet Americana company. Until hot jock Garret practicing stretches in one of the studios gives Izzy an idea, and she whips out her phone. But does she really want this badly enough to resort to blackmail?

All-state tight end Garret Mitchell will do anything to get a college football scholarship. Even taking ballet, which surprisingly isn’t so bad, because it means he gets to be up close and personal with the gorgeous Goth girl Izzy while learning moves to increase his flexibility. But Izzy needs him to perform with her for the Ballet Americana spot, and he draws the line at getting on stage. Especially wearing tights.


Disclaimer: This Entangled Teen Crush book contains a bit of blackmail, a lot of sarcasm, and an ending guaranteed to melt your heart. 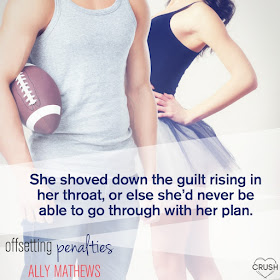 Garret's coach suggests he needs some help if he wants to get back into tip-top shape. He is the captain of the football team and is recovering from a foot injury. The coaches suggestion is ballet lessons. Garret thinks he is joking, but after some persuasion, he takes his advice.

Isabelle wants to be a prima ballerina. She is in need of a new dance partner and she isn't above blackmail. Garret and Isabelle are an unlikely pair. He's the popular jock from the wrong side of the tracks. She's the rich girl with a rebellious streak. Isabelle likes to be different and avoids the popular crowd. She has a goth image and people tend to stay clear of her, but looks can be deceiving. Both have passion and are willing to do what it takes to get their dream.

I really enjoyed this book, and I liked the fact it taught me something new. Who would have known ballet was the key to football. Rio Ferdinand that's who! According to the online Metro newspaper, he had landed a 5-year scholarship to a ballet school before he became a professional footballer.

Isabelle is a really cool character and I loved the goth angle.

I liked the family dynamics of these two. Rich girl with the business father. Poor guy with the loving mother. Overall they worked well together because they could offer the other the missing piece. Ballet isn't just for girls!

4 stars out of 5. A good storyline and a nice read.

*I received an ARC in exchange for an honest review* 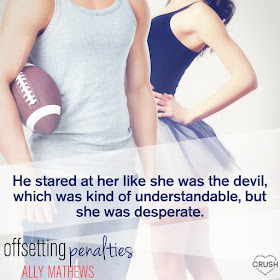 Question One: After reading Offsetting Penalties the first thing I did (obviously) was to google "Can ballet lessons help improve football skills?". How did you make this discovery?

I don’t remember exactly when it was, but at some point a few years before I started writing this book, I came across a YouTube video called Grace and Gridiron, which featured NFL player Steve McLendon during one of his ballet lessons. In the first chapter of the book, Garret’s coach offers McLendon as an example of an NFL player who takes ballet lessons.

Question Two: Please can you explain your choice of book title? 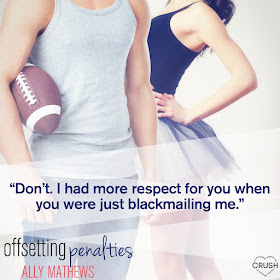 I thought it would be fun to use a football or ballet term for the title, but unfortunately I couldn’t find anything ballet related that fit the story. Offsetting penalties is a football term which means that penalties are made by players on both offense and defense on the same play, and they cancel each other out. I think it fits the story really well because both Izzy and Garret commit a transgression against the other, but in the end they’re cancelled out.

Question Three: Garret before Isabelle. How did this look?

Garret was solely focused on football and getting a college football scholarship so he could get out of Texas. The furthest he had ever been from home was Oklahoma. He didn’t date, though he did find a girl to take to the school dances. He was one of those guys everyone liked, but no one knew really well. He kept his issues with his dad hidden from everyone except his closest friend, Elliot.

Question Four: I love Isabelle's character. She is the rebellious daughter who was inspired by her mother's memory. What was your inspiration for her character?

Isabelle was somewhat inspired by my teenage self. My mother was an alcoholic, and we had a very rough, and mostly absent, relationship during my high school and college years before she went through AA.

My characters are never fully formed when I start writing a new book. They tell me who they are as I go through the writing process, and yes, sometimes it requires making some changes to the story to suit their personalities. 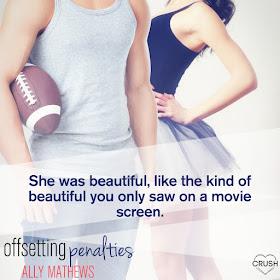 Question Five: Who would you recommend your book to?

Anyone who enjoys YA romance with witty banter and a lot of heart. I hope adults like me who love YA books will enjoy it, but I wrote it with my teenage self in mind and I hope it will resonate with teenagers as well.

Question Six: Offsetting Penalties is a standalone story. Is it the beginning of a series or do you have something different on the horizon?

I hope Offsetting Penalties is the beginning of the Brinson Renegades series.  I’ve written a proposal to add two more books. I also have another YA book I’m working on that’s a standalone speculative fiction romance. 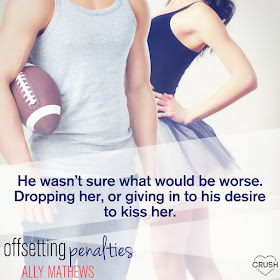 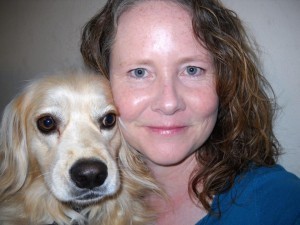 Ally lives in Texas with three kids, four dogs, two cats, a rabbit, assorted reptiles, and her husband. When she’s not writing, you can find her reading, binge watching Psych, Scream, Younger, and superhero movies, and letting dogs in and out of the house. She loves to cook but hates to clean up afterwards, and strongly believes that Disney World is truly magical. You can find Ally on her website, Instagram, Facebook, and Twitter, though she makes no claims of using any of them properly.

The giveaway is for:
Offsetting Penalties Prize Pack + $5 Amazon Gift Card (US)
a Rafflecopter giveaway
DanielleDuncan at 22:00
Share