The Shadow's Hand ♥ Tour and Giveaway ♥ 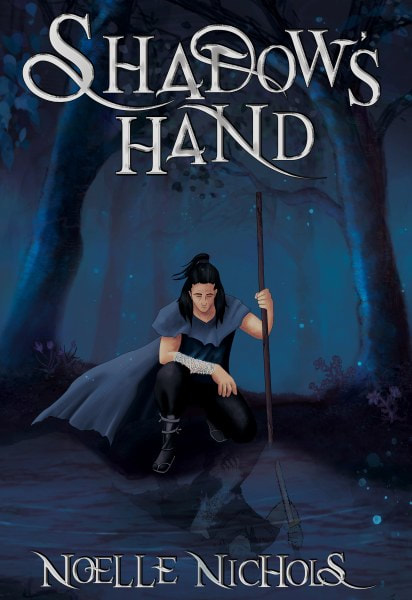 I used to believe our morals were absolute.


I no longer am certain.

Imposters pose as our Shadow group, spreading panic and killing innocents across the lands. These False Shadows wield a magic in its infancy, a power they call the Skills. There’s great potential to this power, but a menacing undertone taints those who wield it. Their intentions are sinister, without purpose, and their morals, questionable.

I am Kilo, a Shadow of Vaiyene, and I vow to put an end to these False Shadows. My friends have been killed. My homeland, threatened. These imposters know our weakness, and they seek to exploit who we are. I fear before the end, I may forsake the very creed I’ve lived my life by. Despite this, I must persist and find a way to return peace to the lands. I will become the strength our people need.

My parents were brave and honorable.
I am neither of these.

This is no longer the world my parents knew. Peace is threatened in Vaiyene and across the lands. The False Shadows have attacked, and despite our Phantoms reassurance, I am not naïve enough to believe we are safe.

I am Shenrae, one of the next generation of Shadows. My comrades doubt me, as I often doubt myself, but I have no other choice than to fight. The Phantoms cannot protect us for long. Soon, I will have to find my place, and my strength, or I will lose everything I have left.

Shadow’s Hand is the first book in a heroic epic fantasy, inspired by Japan’s samurai and their warrior code Bushido. It’s a story about the makings of a hero and the hero’s sacrifice. If you like characters with strong morals, fast-paced epic storytelling and exploring magic’s morality, you’ll love The Shadow's Creed Saga. Pick up a copy today and join Kilo and Shenrae on their heart-twisting journey to restore peace.


I knelt upon the ground and placed my candle between Zavi and Mia’s swords. Syrane and Shenrae joined me, placing their own candles in the cracks of the rocks. I covered my eyes with my hand, digging my fingers against the side of my head.
There will be no replacing them.
I removed my hand and looked at the mark on the back of my hand. The scar as clear as it had been seventeen years ago. Zavi, Mia, and I, on our first Shadow mission, burned ourselves with the tip of a blade. It was little more than a triangular imprint, but the mark showed our ties. As long as I lived, I would carry them with me.
“Did you ever notice the marks on your parents’ hands?” I spoke, my voice steady, meeting Shenrae, then Syrane’s eyes. “We were about the same age as you when we branded ourselves with a metal knife.”
I stood up, offering Shenrae my hand and nudging Syrane with my foot. “There’s a place not too much higher than here. It’s one of the spots I used to go with Zavi and Mia. I need to talk to the two of you.”
I met Finae’s gaze over Shenrae’s head, and she nodded. I would meet up with her later.
I led Shenrae and Syrane away from those who lingered, circling around the Reikon Tree and stepping between the swords, lances, pikes, arrows, and axes of my fellow Shadows. Their souls were at peace now, but their protection remained. It was the unspoken strength of the Shadows. One never truly was alone.
Leaves fell on my shoulders, and I brushed them off, the fresh air bringing peace to my steps. The Reikon Trees was a sight in any season, but in winter, giant icicles hung from the branches, catching the sunlight and casting rainbows across the frozen waters. I’d brought Finae here, many times, and not just in the wintertime. She had wanted to capture the image on canvas, but I stopped her. Sometimes the only way to experience something was to make the journey for oneself.
Syrane and Shenrae trailed behind me, their solemn footsteps trudging in the gathered leaves. I climbed onto a rock outcropping, the Reikon Tree and crystal waters down below. I sat down on the edge of the rocks and let out a along breath.
“Vaiyene is what your parents fought for and they died to protect it.”
Shenrae and Syrane were old enough to understand a Shadow’s burdens upon their family, but I needed to do what I could to bring them closure. My heart was still numb from everything that happened, but warm enough that I did not wish to cause any unnecessary pain or worry for them. They had not been told why their parents died—or how—or of the reason behind the attacks in Vaiyene.
I wrestled with the consequences of doing so.
If our places were reversed, I would appreciate the truth. But, they were young, impressionable, and Syrane did not have control of himself. Anger would give them purpose, but it would destroy them. The Shadows never sought vengeance. Their parents would not wish for it either.
But knowing Syrane, and his temper, if I do not guide his emotion, it will destroy him, the same as his father struggled against it.
Syrane and Shenrae waited for me to continue.
They deserved the truth. 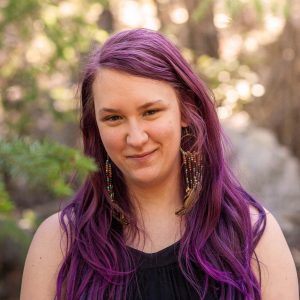 Hello, I'm Noelle. A writer, a creator and most of all a dreamer.


We have the opportunities, both as writers and readers, to experience people who are better than ourselves. Flawed still, but people who go against all odds, perhaps too great for us in real life to aspire to. They speak grander, fight against magical forces and live in a place where imagination and dreams can thrive. This is why I write Fantasy. Within my characters I find the strength and hope for a better tomorrow, one that can be more fantastical and beyond reality. It's these characters that I wish to write, and these journeys I want to take my reader's on.

I've been writing my trilogy, The Shadows Creed Saga, for the past five years. The original idea came to me back in high school where I had the support of many of my English teachers to continue writing the book. However, I realized that in order to write a good book, I needed to have experienced life more. I needed to lose someone close. I needed to have my heartbroken. I needed to know what it was like to really love someone, and what it means to be loved. So, I put my book away and came back to it eight years later. I feel that I can instill my life experiences into my characters now and really understand them.

I now feel I have the discipline, experience and imagination needed to bring the books to publication. For now, this is my records to publication and my writing process. My only wish is to write books that take people on a journey, and feel that perhaps they have a friend and someone to aspire to within the pages.