The Tales From the Forest ♥ Tour and Giveaway ♥ #KindleUnlimited 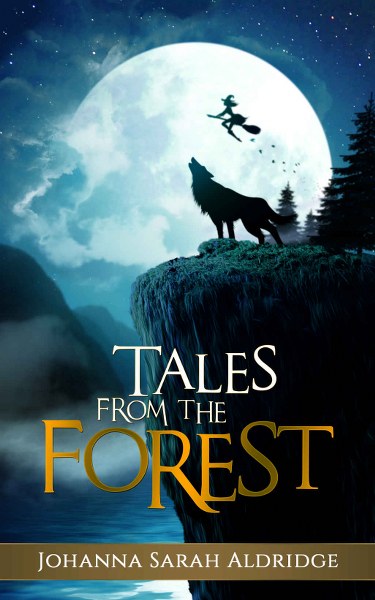 Tales From the Forest
by Johanna Sarah Aldridge
Genre: YA Mystery

The Forest Realm is a magical world within our own. You cannot see it, nor can you hear it, and only very few might be able to feel it. The realm feeds the hungry, shelters the homeless, and protects the hunted... so long as their hearts are pure.

Recently orphaned, two heartbroken brothers are at risk of separation by the government...

A black Labrador leads a colony of rabbits away from danger...

A destitute family of rats seek a new life away from the pollution of the big city...

All have been rescued by the realm of magic, and their lives are truly about to change.

Come and join us in The Forest where magic thrives, adventures are rife, and friendships last forever.

Tales from the forest is a collection of magical short stories. The woods tell stories of friendship, family, adventure and mythical creatures. There is a good variety of animals and some lessons to be learnt. There are plenty of stories to choose from and some are longer than others.

I'll be honest, I always want more with short stories and this book was no different.

It's aimed at the 10-18 year old age group but I think the younger end of the spectrum will enjoy it more.

3 stars out of 5. I received an ARC in exchange for an honest review. 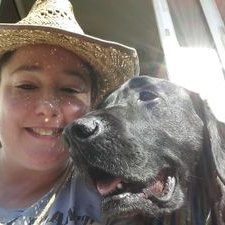 Jo was born in Colchester, Essex, in 1974 and since an early age has always been accused of having a wild imagination. This didnt stop her from studying for an honours degree in Cell and Molecular Biology, training as a science teacher, then go on to train as a Biomedical Scientist. She eventually took a post in Clinical Chemistry at Jersey General Hospital in the Channel Islands.

Whilst holding down a full time job, and working 28 hour emergency on call shifts, she has managed to find the time to share that wild imagination with the world by writing online fan fiction stories about the CW series Supernatural.

She enjoyed it so much that, with a lot of encouragement from her husband, she decided to write her own stories. Not an easy task for somone dogged by anxiety and depression, and since her diagnosis in 2013 she has also been battling with Ulcerative Colitis.

In spite of her struggles, Tales from the Forest, a series of short stories set in a magical realm, began to take physical form on her laptop screen, and her black labrador Nelson is a valiant hero in some of the stories. As an avid animal lover, she has vowed that all proceeds from the sale of this book series will help to set up a forever home sanctuary for stray, elderly and abandoned dogs.

Although still working full time at the hospital, she has turned her thoughts to the future, and now holds a Diploma in Dog Training from the Centre of Excellence, and is currently studying towards a Diploma in Canine Communication in order to prepare for a life of working with rescue dogs.