A Werewolf Kind of Christmas Tour and Giveaway! 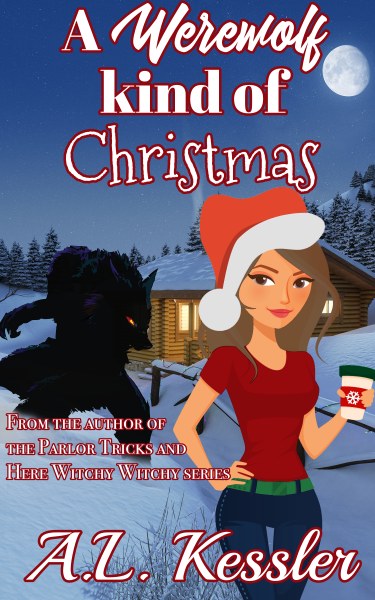 With war hanging in the balance, Erin has one chance to stop it: Find her fated mate with the alpha of the rival pack, Tristen Kerr. But when the mating mark doesn't appear Erin has to stall while trying not to fall for the alpha she can't have. Meanwhile, her father has his own plans to take over Tristen's pack. While romance blooms between the two they fight to keep the war away and hope for a Christmas miracle. 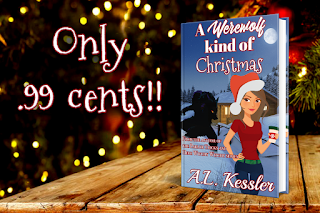 "Here, lass, let me have your jacket."
She slipped off the fleece jacket and the scarf and handed them to him. "Thank you. I'm Erin Heyn, I'm here to meet Tristan Kerr, alpha of the Monarch pack."
He let out one of the sexiest chuckles she'd ever heard, and for a moment she found herself wishing that she could spend the holidays with the wolf in front of her instead of some cold-hearted alpha.
"I know exactly who you are. Erin Heyn, daughter of Chris Heyn, alpha of Ridge Pass Pack. As alpha, I welcome you to the Monarch Pack territory."
She couldn't help but smile. "You came out yourself to get my bags, as alpha?"
"Well yeah, it's kind of the gentleman-y thing to do." He motioned to the fire. "Come, warm up."
They walked to the fire together and sat down. "Why does that surprise you?"
"My father would have just sent someone else out is all." She sat on the floor in front of the fire and watched the flames. She was hoping this was going to work out. Hoping for the mark, if she was honest with herself. Even though it wasn't her idea, it was probably the only way she was ever going to get away from her pack.
"Most of the pack that's here for the holidays are out shopping before the storm gets too bad." He sat down next to her. "Before we even think about taking this further, I want to know something."
Her heart skipped a beat. Take this further? Were they just going to jump right into this? She messed with the hem of her shirt. "What would you like to know?"
"That he isn't twisting your arm in this."
What could she say? She didn't have a choice in coming, but what happened if Tristan found out she was lying?
"Erin?" he prompted after a few minutes. 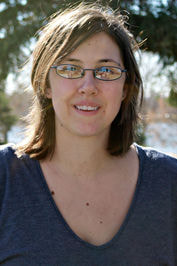 A.L. Kessler is a paranormal romance and steampunk author residing in Colorado Springs. Since she was a teenager she's loved weaving stories and spinning tales. When she's not at the beck-and-call of the Lord and Lady of the House, two black cats by the names of Jynx and Sophie, playing with her daughter, or killing creepers and mining all the things with her husband, she's either reading, participating in NaNoWriMo, or writing in her Blog Writing Rambles.