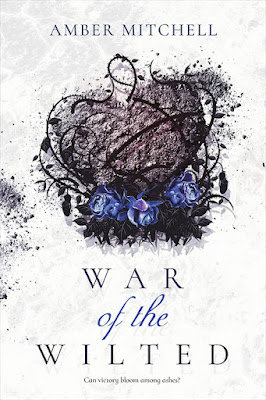 War of the Wilted

Like flowers denied water, people are wilting under the emperor's tyranny.

Rose will not rest until the Gardener is dead. But there are bigger battles to fight, and Rayce—leader of the rebellion and the only man Rose has ever loved—believes their best chance at winning the war is to join forces with her sworn enemy.

Saving innocent people is more important than her quest for revenge. But their new ally can’t be trusted—and he knows her darkest secret. One betrayal could leave the war and Rayce’s life hanging in the balance, and Rose will need to make the ultimate sacrifice to save them all. 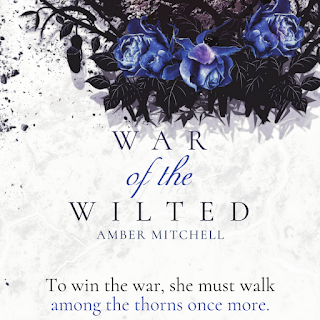 "Fortune clings to the hand that wields flowers". War of the Wilted (Garden of Thorns, #2) quote.
I pledge my loyalty to the cause.
A Rose by any other name is still a Rose. Beautiful, elegant and stubborn. Our leading lady is the Varshan Princess. The true heir to the Varshan throne, betrothed to the now fallen prince of Delmar, Rayce and new member of the rebellion.
Arianna Vasile the Princess of the Zaina Desert has many names, but we can call her Rose for short. Her future was intercepted and changed by the Gardener, a cruel man who enslaved girls. Forced to dance and stay in line or their wilted were punished. Rose became the gardener shining star and his greatest downfall. Rayce is the only one in the rebellion who knows Roses secret. The blood that runs through her veins is both royal and deadly. Rose knows if the wrong person finds her, that her heritage could get her killed or used as a pawn. She doesn't want to acknowledge her true identity, but with Rayce leading the rebellion, she is uncertain of what her future holds. Trust can be a weakness but also a strength.
Rose and Rayce want to make their relationship work but times are hard. The gardener is being held captive in the rebellion camp. Rose wants revenge for her sisters and herself. Rayce wants to use the gardener for information. Rayce may be the leader of the rebellion but Rose is struggling to follow his rules. She can't see it but she's actually a good leader in her own way. She has her own mind and can't help but follow what she believes is right. Rose is beginning to have hopes and dreams. She wants to be with Rayce but their goals aren't always matching. The future is uncertain but their love is strong.
This is the second book in the Garden of Thorns and I'm totally hooked on this story. Rose is conflicted with her heart and head. She has a tough time trying to please everyone in this book. The plotting and action are addictive. I love all the characters in this series and I'm loving the exciting storyline. War of the Wilted is a satisfying read, however, there is still more to come. I want more, more, more!
5 stars out of 5. I received an ARC in exchange for an honest review. 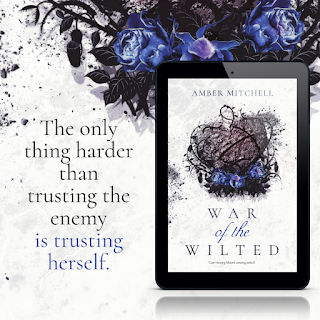 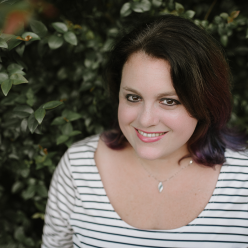 Amber Mitchell was born and raised in a small town in Florida. After briefly escaping small town life by attending the
University of South Florida where she earned her degree in Creative Writing, she decided to ditch traffic jams and move
back to her hometown. There she writes Young Adult novels, usually with a bit of magic in them, rolls D20s with her
friends on Thursday nights and enjoys hanging out with her husband and four cats. Her other job involves crafting
cardstock in to 3D art and has allowed her to travel all over the US vending at comic conventions which has only
increased her love for fantasy and fandoms. She is represented by Nikki Terpilowski of Holloway Literature 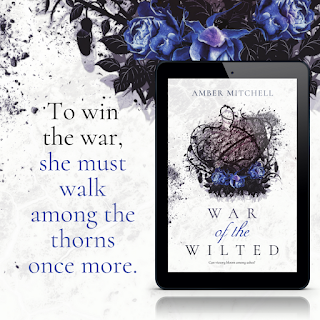 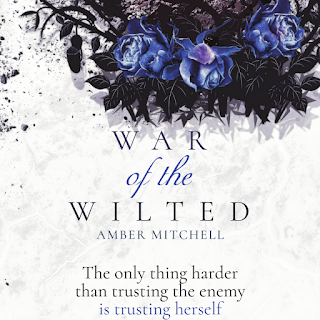