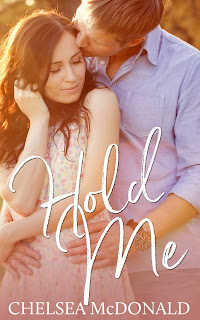 Natasha. Beautiful, talented, accident-prone.
She’s a self sufficient woman. She doesn’t need a man, it would be nice though. But, after yet another failed attempt at a relationship, she starts to believe that maybe she won’t ever find that someone special - or anyone at all that can handle her quirkiness.

Luke. Adventurous, carefree, loving.
He was the typical playboy, he bounced from girlfriend to girlfriend until moving in with his sister and newborn nephew. His reputation can't take anymore hits so he starts the search for a new place to live. The last thing he expects to find, is her.

She thinks he’s a misfit. He thinks she’s a goddess. Putting them together in an apartment could result in chaos and destruction. Unless of course, Luke’s charm can win Tash over.

‘Kandices’ kisses turn more fevered and I have a distinct feeling she’s getting impatient for more. She pulls away and giggles to herself. I watch as she unwraps herself from me and steps back. It’s not light enough to see, but I’m pretty sure I can feel a pool of her wetness on my jean clad thigh.
I only wish I was that turned on. I may have been supporting a semi most of our time dancing, but unfortunately, nothing more than that. Maybe it’s the alcohol taking effect. Maybe it’s because my hands are wanting the feel of soft curves where there are none. Maybe because my mind pictures the petite brunette that now takes up residence in the bedroom next to mine.’
-Luke, Hold Me (A Vibrations Novella) 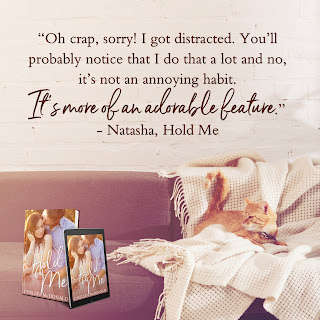 Posted by DanielleDuncan at 08:30