Today we are taking a second at The Rules. This is a fabulous series and is available on Kindle Unlimited so check it out! 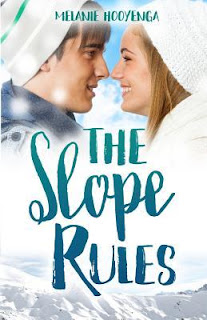 Fifteen-year old Cally accepted her fate as one of the guys, so when she meets Blake, a hot snowboarder who sees her for more than her aerials on the slopes, she falls fast and hard. But their romance can only last as long as vacation.
Or so she thinks.
A twist of fate--well, her Dad opening another brewery in a new town--lands her in Blake's school, but the charismatic boy she fell for wants nothing to do with her, and worse, the Snow Bunnies, the popular clique, claim her as their newest recruit.
Cally must learn to be true to herself--all while landing a spot on the ski team and figuring out who she is without her old friends. And when she finds out what Blake is hiding, she learns the rules on the slopes apply to more than just skiing.

Cally is vacationing in snowy Colorado. She loves the slopes and is a competitive Skier. Her mum loved the snow too and she feels close to her when Skiing. Unfortunately, it’s just Cally and her Dad these days. Her mum died in a car accident. At home, Cally is treated as one of the guys. They love her but in a platonic way. Colorado introduces her to a holiday romance she can’t get enough of.
Blake is Cally’s dreamy holiday romance. He seems perfect and her holiday relationship is swoon-worthy. When Cally returns home to Vermont she’s sad to be leaving Blake behind, but her Dad has some surprising news. Colorado wasn’t just a holiday it was a business trip.
Blake has some demons in his closet. He can handle a holiday romance but doesn’t date girls at school. Cally is beautiful and talented on the slopes. He can’t help trying to catch her. After their amazing week together he doesn’t realise she might turn up at his school.
There is so much I could tell you about this book but I don’t want to give too much away. I’m a fan of this Author and can’t believe I’d missed this gem! I’ve read the series out of order and for the first time ever I’m so glad. In book 3, we get Brianna’s story and I knew she was the villain of this tale but I wasn’t ready to hate her (I love her book).
Cally and Blake are a great couple. I’ve enjoyed reading about their journey and friends. Great series. Highly recommend and available on Kindle Unlimited. 5 out of 5. This book shows Cally crushing the cruel out of bullying and some kickass skiing moves. 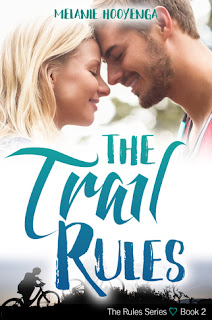 Junior year’s looking up for sixteen-year old Mike. Her new BFF isn’t a sadistic control freak, her boyfriend adores her, and she’s learning to bike in the mountains without decapitating herself on a tree.
Well, almost.
When she meets a group of riders who welcome her into their pack, she feels like she’s finally found where she belongs. One particular rider—a boy with an amazing smile and an even more amazing ability to see what she’s truly capable of—gives her the confidence to go after what she wants: her own life with her own rules.
There’s only one problem—he’s not her boyfriend.
Just as things seem to be falling into place, her parents put on the pressure to figure out her future—one that doesn’t include riding. Mike soon realizes that having everything isn’t that great when she’s not the one choosing it. She needs to decide if she’s going to continue to be a follower or step out of the shadows and find her own trail.

Mikayla (Mike) has finally got everything she thought she wanted. She has distanced herself from the snow bunnies aka mean girls. She is back with her ex-boyfriend, Evan and she has some new friends.
She has started cycling and is really enjoying the challenge but Evan her BF is a little too protective of her. As the new school year starts she finds everyone's expectations of her are overbearing. Her parents want her to focus on her education. Her boyfriend wants her to be the perfect girlfriend. Her old friends are acting strangely towards her. Mike tries to please everyone but something has to give.
She meets some new friends while out on a cycle trail. They don't go to her school and they aren't entangled in her life. Mike finds the step back refreshing and helps her focus on more than what others want. One of her new friends is a guy called Mica and Mike can't help but compare him to Evan. Even though Mike was desperate to get back with Evan most ex's have that title for a reason. Mica shows her that Evan might not be everything she needs.
I would say this is more a becoming of age book than a romance. Don't get me wrong it is a love story with a happy ever after but I felt Mike could easily have any guy she wanted.
I didn't really like Evan and I'm not sure if this was intentional by the author but I couldn't wait for her to get rid of him. He was controlling and condescending. I haven't read the first book and I did wonder if I would have liked him more if I had.
This is a standalone story, however, I did feel certain aspects would have made more sense if I had read Cally (Mike's BFF) story.
Overall I enjoyed The Trail Rules. It's the first mountain bike story I've read and Mike was an interesting character. Her conflict between doing what she wanted and what others expected made for an interesting story. Mica was an ok love interest and the author tried to show an intense attraction but I felt we didn't really find out enough about him. This story was more about new beginnings, breaking free and discovering it isn't as scary as you thought.
4 stars out of 5.
I received an ARC in exchange for an honest review 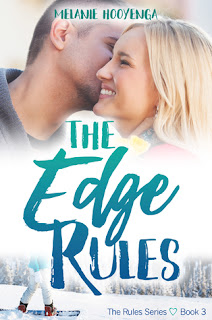 Sixteen-year old Brianna had everything she wanted: money to ski all over the world, underlings to do her bidding, and parents who gave her every freedom—as long as she played by their rules. But when she’s busted shoplifting and assigned to the Chain Gang, she ditches her shallow ways and realizes being herself is easier than manipulating people.
Forced to partner with kids she’d never dream of befriending, including Xavier, a boy who makes her pulse go into hyperdrive, Brianna vows to be a better person. Breaking Old Brianna’s habits isn’t easy, but her infatuation with Xavier—someone her parents would never approve of—motivates her to keep trying.
Even when he convinces her to trade her swanky skis for a beat-up snowboard.
Brianna lets go of her need to control everything and finally starts to feel free—until her past threatens to jeopardize her first real chance at love. She discovers balancing on the edge is as challenging in life as it is in snowboarding, and when a new friend is in trouble, Brianna must decide between the superficial things that used to be her world and putting her friend’s safety before herself.

I absolutely love this book. Brianna is the girl everyone hates. She's privileged, stuck up and totally self-involved. Under the surface, her life is falling apart and she is realising that being cruel is more effort than it's worth. She becomes a kleptomaniac. Brianna wouldn't be caught dead in any of the jewellery she's stolen, but she just can't stop until she gets arrested. Her dad manages to get her off with community service. Unfortunately, her dad has a bombshell of his own to drop. Her mum and dad are separating. This family is all about keeping up appearances. It's all Brianna has ever known. Her dad wants her to finish her community service as soon as possible and in return, he will take her on Christmas vacation to Switzerland.
The community service is litter picking. It's not glamorous but it's easy work. The bus that drops the offenders off is full of quirky characters but mystery guy is the one that catches her attention most. He's tall, dark and tattooed. Xavier is the type of guy Brianna wouldn't look twice at. He doesn't come from money and his image isn't squeaky clean. Brianna finds a best-friend she genuinely likes and a boy who someone could really love.
Brianna has to get over herself if she wants a chance with Xavier. She also has to cleanse her past. Her former self, hurt a lot of people. The mean girl is about to find the path to forgiveness.
Brianna is a strong independent character and even though her world is crumbling around her, Bri holds her head high. Her relationship with her mother has always been cold but now they need each other more than ever. Together they learn that being nice actually has benefits.
Xavier is a great book boyfriend. He's kind and caring. His personal character is everything Brianna needs but his looks and status are something she has to get over. Brianna struggles with her inner demons. She wants to be a better person but the transition will take time. Along the way, she learns to snowboard, saves a friend and finds kindness in her heart. This book has so much to offer in personal growth for our main character.
I totally have a thing for hot, tattooed, Spanish speaking Mexicans. Xavier was an 11 on the hotness scale and his personality is swoon-worthy.
The Edge of Rules is more than a romance. It's about Brianna becoming a reformed character. I loved every minute. I would highly recommend this book. It's going on the favourite shelf! 5+ stars out of 5.
The Edge of Rules contains mild sexual references.
*I received an ARC in exchange for an honest review.