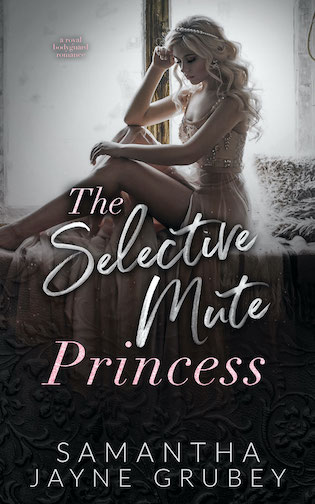 Princess Amelia has been silent for ten years, ever since Amelia and Ava were kidnapped. One returned home the other did not. Amelia has always kept herself guarded with her twenty-first birthday approaching things are going to be changing.

Ethan Sparks is on his first assignment, guard the Princess in the Palace. The longer he’s there the more he finds himself being drawn to Princess Amelia, he can see she’s drowning and he wants to help.

Romantic interests stirs in a mixing pot of emotions as Amelia and her family recover from the kidnapping and murder of her sister. Unsure what to feel or who to believe, Amelia needs to find her truth, as she deals with her trauma and finally brings her family to mend. Along the way they find themselves hitting challenges at every wall. So many questions left unanswered by the kidnapping and murder, can she finally find the answers she’s searching for? Can Amelia finally allow herself to live and be freed from the guilt she feels? Can Ethan survive the challenges that come with falling for a Princess in line for the throne?

I sent him a small smile and walked through the halls, entering the cinema room and grabbing the remote. Ethan shut the door, and I patted the seat next to me. I flicked through one of the many streaming services, finding Harry Potter.

“Which one is your favourite?”

I held my hand up, signalling five.

“Really? Some people think that is the worse one; it comes in at number three on my list of best Harry Potter films.”

I chuckled, laying my head on his chest. I was determined to make it through all eight films, and I hoped I could binge watch them all in one day. I pressed the first film, and it began to play. I had yet to find something better than watching a film with Ethan by my side.

The first film finished, and I lined up the second one, hitting pause. “Do you know sometimes I wish we could order a takeaway to the palace?”

“I know you are.” He laughed. “You could have it ordered, but by the time it’s gone through all the checks, it’d be cold. What are you fancying?”

“Chinese. I know the chef can cook, but sometimes a takeaway is needed,” I muttered. “Why?”

“I’ll go get us some. I should see if Katie wants anything.”

“You could invite your sister to watch films with us too, you know,” I said pointedly. “I don’t think I’ve actually gotten to spend time with her other than our initial meeting.”

“Teenage years are hard,” I told him. “Maybe all she needs to know is that you love her still. Have you told her lately?”

“Ethan, teenagers always know, but have you said the words?” I asked, raising an eyebrow. “Have you told her lately? She’s clearly going through a lot, ignoring the fact that she can’t speak.”

“Egg fried rice, chicken chow mien, vegetable spring rolls, Hawaiian chicken, and chicken balls,” I said as I watched him type it on his phone.

“I’ll be back soon. I’ll post a guard outside your door.”

I couldn’t help but roll my eyes slightly. He left the room, and I sighed. I wondered if it was time I invested in a phone. I stood up, opening the door and made the short walk to my room, ignoring the guard following me. If I ignored them, then I couldn’t see their looks. I grabbed my blanket and Mac and made my way back to the cinema room, waiting for Ethan to return.

I wrapped myself in the blanket and switched on the Mac. I loaded up Google Chrome and stared at the blank search engine. I still had no idea what my project would be. I suppose part of that was due to the fact that I knew nothing. Maybe it was time to go back to school. I typed in universities and began scrolling through them. I had no idea what I was even looking for. If I was going to take over as queen, then I should at least know more about our history. I mean, our history books were fine, but I didn’t want to just stick with what we had. I wanted to experience the outside world, and I knew convincing my parents would be the hardest part.

“I’m back.” I jumped a mile, shutting the laptop quickly. Holding a hand to my chest, I glanced at the clock and saw half an hour had passed. He chuckled. “You must have been really deep into whatever you were doing.” I held onto my chest, trying to calm my breathing. I had completely gotten lost in my research.

Ethan sat next to me, and I looked to see Katie had sat on the other side of Ethan. I waved, and she smiled and waved back.

“What were you looking at?” Ethan asked curiously.

I couldn’t help the giggle that escaped. Ethan was definitely something else. He sat next to me, handing me a plate with a lot of food and handed Katie hers, then he pressed play on the film. It had been so long since I had takeaway food. My parents tried to limit us, but every now and then, we managed to convince a nanny to sneak us out of the house. I picked up a vegetable spring roll and began to eat it as I concentrated on watching the second Harry Potter film.

As I looked at Ethan, I noticed our legs had become intertwined as they laid out in front of us. I couldn’t help but smile; everything felt easy with us. I didn’t know if that was good or bad, but Ethan made it easy. 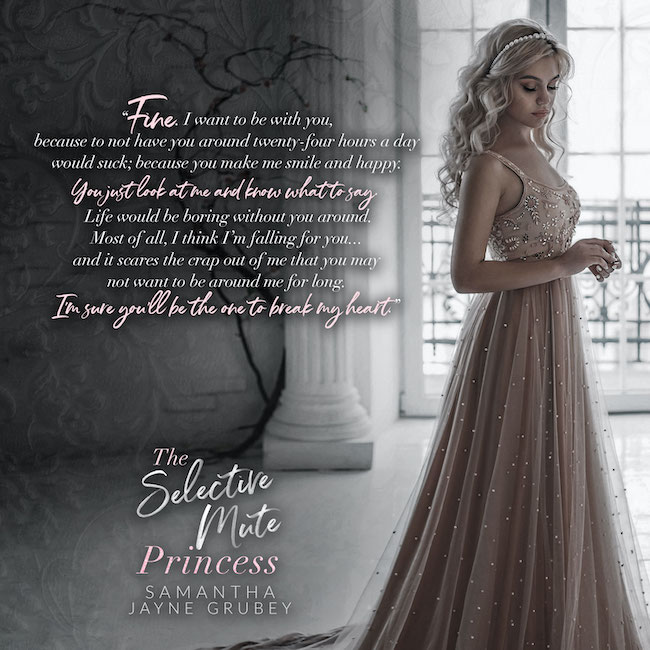 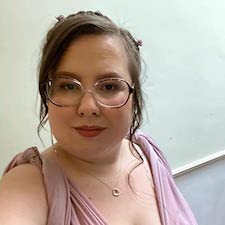 Samantha Jayne Grubey is an author of new adult romance.

When she's not writing, reading, you can probably find her heading back to university for teaching training. If she's not doing any of that then she's probably playing sims (sims 3&2 are the best out of the franchise) or colouring.

Follow her on social media, learn all about the books at: https://www.samanthajaynegrubey.com