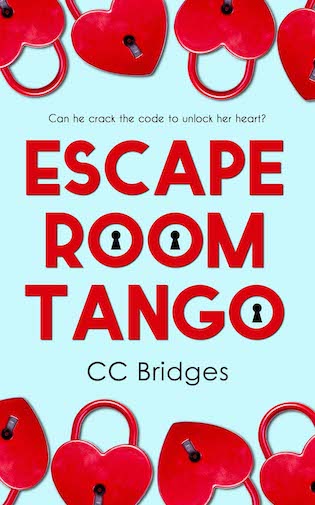 David never expected to fall for his rival. After getting fired and dumped, he wasn’t even looking for a relationship. But she’s the one woman he can’t have—his business is the reason hers is failing.

Elena built her escape room like she rebuilt her body after the accident—piece by piece with determination. And this guy thinks he can show up and put in the minimal work? He deserved to have the fire inspector called on him.

But Elena can’t ignore the connection between them. Will she have to sacrifice her dreams for a chance at love?

“My name is David Brant. I’m the owner.” He didn’t know why his words made the dark-haired woman glare at him, but David didn’t really care.

He only had eyes for the redhead. She had stolen his attention from the moment she walked into the lobby. He’d been excited about welcoming his first customers, his intro speech on his lips. Every word left his mind the moment he saw her.

She held herself differently than the other two women, with her shoulders back and neck extended. Her cinnamon-colored hair hung over her shoulder in a long braid. He wanted to pick up that braid and tickle her nose with it to make her laugh, anything to see what her smile might look like. Her green eyes speared him with their gaze, rendering him temporarily mute.

He held out his hand. “Pleased to meet you…” He trailed off, hoping she’d take him up on the offer.

She took it, her grip firm and decisive. “Elena.”

“That’s a lovely name.” He grinned, realized he was acting like an idiot, and stepped forward to greet the other two women in the same way. They were all his customers and deserved the same courtesy. “Can I take your coats? There are hooks back here.”

He’d designed the lobby to be comfortable but clearly a place of transition. With any luck, his customers wouldn’t spend much time here at all before being escorted into one of the three escape rooms in the back. If he wanted to be successful, he needed to have a constant flow of customers.

That didn’t mean his lobby couldn’t be fun. He’d placed Rubik’s cubes and other mind-teasing puzzles on the coffee table near the chairs along one wall. He included a water cooler for those who arrived thirsty. If they were hungry, he’d happily direct them to Spano’s Pizza next door, owned by the family of his best friend, Tony.

Without Tony, he didn’t think he’d have ever pulled the trigger and made this fresh start by opening his own business.

“Of course, thank you.” Elena handed over her coat.

David collected it and those belonging to the other two before hanging them.

“Have you ever done an escape room before?” he asked, trying to keep the conversation going.

“A few. But this place is new to us.” Elena seemed to be the only one willing to speak.

Not that he minded, he liked the sound of her voice. Man, Tony was right. Before the ladies had walked in, he’d been telling David he had to get back in the dating scene, go on the rebound, get it out of his system. Clearly, his words held some truth if David had immediately started checking out his customers. Well, one notable customer in particular. 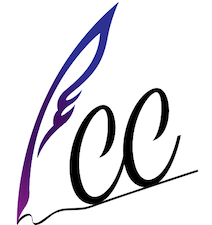 CC Bridges spent her childhood visiting other worlds in books, comics, and the starship Enterprise. It's no surprise that she ended up a librarian, being surrounded by the books she loves so much. She writes about amazing worlds with honorable heroes. Her hobbies include paying money to get locked in a room for an hour so she can solve puzzles to escape, along with the aforementioned reading. She lives with her husband and son on the Jersey Shore. She is currently pursuing an MFA from Southern New Hampshire University.