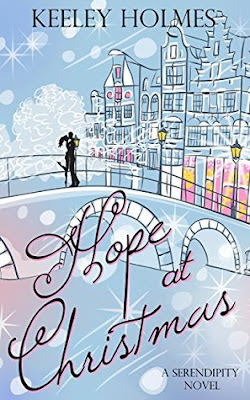 With only 25 days left until Christmas day, Hope makes the rash decision to quit her job. After a weekend wallowing in self pity, she takes this new opportunity to finally get the job she’s always wanted...only she doesn’t know what she wants to do... She doesn’t think her life can get any worse.

Until she throws coffee on a stranger.

Having finally told his parents that he planned to never follow his father’s footsteps in business, Daniel’s morning didn’t start out that well either.

Until a woman throws coffee on him.

This chance meeting sets off a chain of events. A wedding. Downton Abbey. The roaring 20’s...and a drunk, sexually frustrated cousin. Neither of them are prepared for this connection, but when does romance ever run a smooth course? With secrets and exes throwing road blocks their way, will it all become too much and end their blossoming romance before it’s even begun?