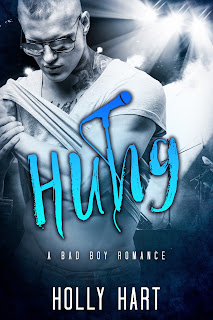 This book was pretty good and a nice easy read. I feel it could have been a little bit longer but was still satisfying. It is what you expect it’s cocky, witty and fun. I usual like an alpha male but in this book the female character definitely knows how to hold her own and it really did work.


Alicia has a voice of an angel and she has just landed her first gig. She’s nervous but who wouldn’t be. She manages to swallow them down and start her debut club performance.

Clay is a celebrity bad boy with only one thing on his mind and that’s to stir up trouble. He likes to take the world by storm and doesn’t think of the consequences until it is too late. Tonight is no different he gets into a fight outside a bar and ruins her debut performance, but soon realises she could be the one to save his career.


*I received this book in exchange for an honest review*