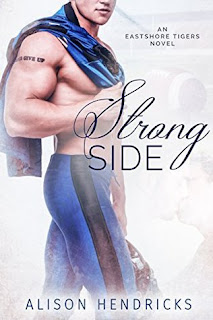 I think I have just found a new author to love. I have read the Eastshore novels back to back over the last 2 days and they are all really good. I have to start by saying I'm a fan of gay romance novels and sport romance. This series has both. The writing sucks you in and I just couldn't put them down. They are standalone stories and I have to admit I read them in the wrong order but it didn't make a difference.

Book1 Strong side; Derek has known he was gay for a long time but he isn't good at letting others in. They are not always accepting and it's easier to keep his sexuality to himself.
Hawk's life is all about football. He doesn't even have time for his education but he needs to get his life on track. When he sees the potential in Derek he wants to help him be better on the field. It's in his best interest and Derek may just be the answer to his problems off the field. 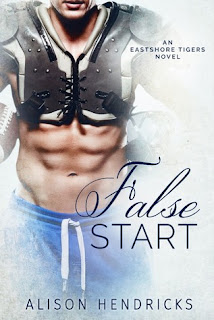 Book 2 False start; Dante has one final year to prove he's good enough for the big time but the coach has made it clear the best man in practice will get the position on game night. Mitchell is the newbie and plays the same position as Dante. He wants his time in the limelight as much as the next player and they find themselves in a heated battle both on and off the field. 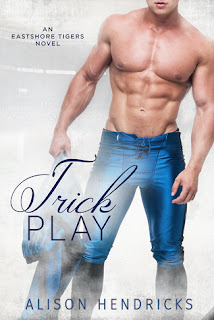 Book 3 Trick play; The tigers have lost their magic sparkle. Luke thinks if they can bring the rainbow back to the tigers they will get their act together. He ropes his best friend in on his plan but little does he know Brandon has been in love with him for as long as he can remember.
Although it's selfish Brandon can't help but go alone with Luke's ridiculous plan with the hope of getting a glimpse of what life could be like if his best friend wasn't straight.