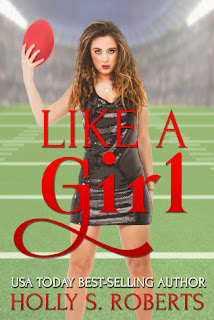 Sports romance with a difference. Jordan's not a fan. She's part of the team.

The New Mexico Pronghorn are down on their luck. It would be nice if their publicity were about something other than their losing streak. This is Jordan's big chance to show what she is made of but the team a less than welcoming. Quarterback Aiden Patrickson wants a championship ring more than anything. He's supposed to show his support for his new teammate and keep his views to himself. If only she weren't so damn hot.

4 stars out of 5. It has sass, football and girl power.