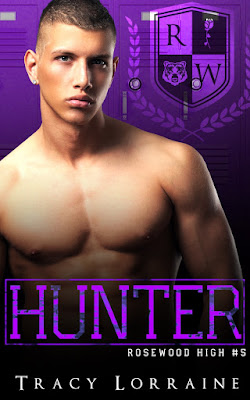 ‘I was hooked from the start by this fiery hot, thrilling and all-consuming story. Five stars for Poppy, Zane and Hunter!’ - Meredith Wilson

𝟏-𝐂𝐋𝐈𝐂𝐊 𝐘𝐎𝐔𝐑 𝐂𝐎𝐏𝐘 𝐍𝐎𝐖 - mybook.to/HUNTER
Start the series with THORN: mybook.to/THORN
𝘼𝙡𝙨𝙤 𝙖𝙫𝙖𝙞𝙡𝙖𝙗𝙡𝙚 𝙬𝙞𝙩𝙝 𝙠𝙞𝙣𝙙𝙡𝙚𝙪𝙣𝙡𝙞𝙢𝙞𝙩𝙚𝙙
I’m a nobody... until everybody realizes who I am and who I’m related to.
Then it’s like a giant target is painted on my back. They all think they can use me to climb the Rosewood High royalty ladder.
They obviously underestimate me. I won’t cower down or give in.
They can’t break me. But he can... without even trying.
Zayn Hunter.
He doesn’t want to use me... he’s already at the top— one of the Kings of the school.
He wants something else. Something he can’t have.
Me.
Yet he’s always there, living up to his name. Stalking me, like I’m his prey...
Maybe I am.
Even with the teasing and taunting, he’s not the real predator. He’s my protector.
His rescuing could be my undoing.
Because not everything is a game, and the boy I love to hate isn’t the only one watching.
He just might be the only one who sees me... the real me.
I just hope it’s enough.
Dear Readers,
HUNTER is a dark high school bully romance, and the fifth in the emotional and addictive Rosewood High series.
. 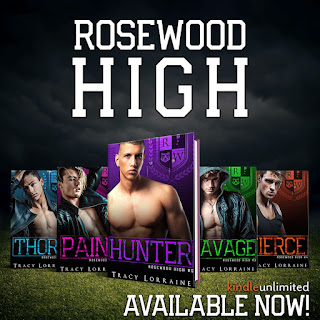 Zayn and Poppy’s story is emotional and had me wanting to throw a punch or two of my own. The pair do have a enemies to lovers relationship but she isn’t what gives Poppy nightmares. They have a connection. The problem is it could either save her or be her undoing.

Poppy’s home life isn’t all rosie. She’s trying her best to juggle school, family and something dark. Zayn is popular but not the typical hero. When Poppy’s life starts to spiral out of control Zayn seems to be the one person she can turn to. He doesn’t judge. Poppy doesn’t want to open up. A secret relationship works well for her. Until the one person who is ruining her life finds out.

This is full of twists and turns. It’s a gritty read with a dark quality. It’s a great addition to the series and the characters from the other books integrate well.

This is more than a dark romance. I’m addicted to this series and this book was no different. Excellent read.

This is available on KU which I’m a member of, however I received an ARC in exchange for an honest review. It’s a high five from me.
Posted by DanielleDuncan at 08:48