A special thank you to Donald Firesmith for my signed copy of The Secrets of Hawthorne House. Did you catch the tour? 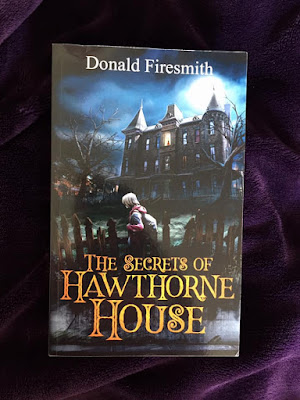 The Secrets of Hawthorne House

Fifteen-year-old Matt Mitchell was having the worst summer imaginable. Matt's misery started when a drunk driver killed his mother, and his father moved him and his sister to a small town in rural Indiana, as far as his grieving father could get from the ocean that Matt's mother had loved. At the new high school, three bullies were determined to make Matt miserable. And to top it off, Matt learned that the recluse in the dilapidated Victorian mansion next door was none other than Old Lady Hawthorne, the town’s infamous witch and murderer. Matt’s terrible summer was turning into an awful autumn when something quite unexpected happened. Old Lady Hawthorne’s niece and her three children moved in next door, Matt met Gerallt, and his life changed forever.

Posted by DanielleDuncan at 22:21