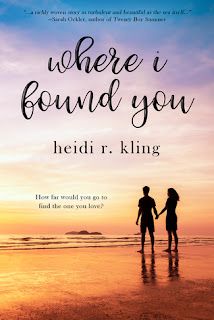 Sienna stopped living the day her mother died. She stopped loving everything and became distant from the life she once knew. On her birthday her dad gives her the opportunity to turn her life around and get back on track with her dreams. Her dream was to follow in her parents footsteps, but this is what lead to her mothers unfortunate departure. Sienna has to find the courage to find herself again and she could find so much more.

Where I found you takes us into a world many people can't even imagine. Sienna is given the opportunity to join her fathers team . They are spending the summer helping out with orphans who have lost everything in a tsunami.

Deni is the mystery boy she meets. He awakens Sienna in a way she had forgotten existed, but Deni is from a different walk of life. He has his own problems.

Where I found you is so much more than a romance novel. This book has so much culture and interesting facts as well as the storyline. I definitely learnt a thing or 2. There are some interesting characters that made me want to know more about them. It has a heartfelt storyline with an element of truth. It's about finding yourself and moving forward with life.

*ARC received in exchange for an honest review*

After her mother's plane went missing over the Indian Ocean, seventeen-year-old Sienna Jones gave up everything she loved about living in California. No more surfing. No more swimming. No more ocean, period. Playing it safe, hiding from the world, is the best call.
Until her dad throws down the challenge of a lifetime: spend a week with his humanitarian team in Indonesia, working with orphans who lost everything in a massive tsunami.
The day they arrive, Sienna meets a mysterious boy named Deni, whose dark, intense eyes make her heart race. Their stolen nights force her to open up and live in a way she thought she couldn't anymore. When she’s with Deni, she remembers the girl she used to be...and starts to feel like the woman he sees in her.
A woman he wants for his own.
Gulp.
But when Deni’s past comes looking for him, Sienna’s faced with losing another person she loves. She can’t do it. Not again.
Fortunately, this time, she has a plan.

Note from the Author:
WHERE I FOUND YOU was inspired by a true story. My husband, a young psychiatrist, volunteered at an Indonesian orphanage after the tsunami of 2004 to help orphans with their post-traumatic stress (nightmares, anxiety etc.). This insanely destructive tsunami was so grand in scale, that it's almost unimaginable. When he returned from this trip, he was so changed from the experience that he shifted the focus of his career and now primarily cares for orphans, and victims of trauma, namely women and children.

I was working on another novel at the time and after he shared his experiences with me, he said, "You should write about this." So I did.

These characters and this story feel so real to me. In fact, I still keep in touch with the boy who inspired Deni.

Thank you so much for reading! 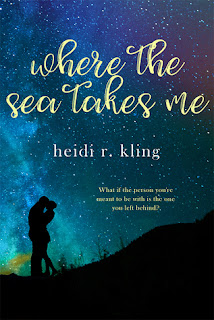