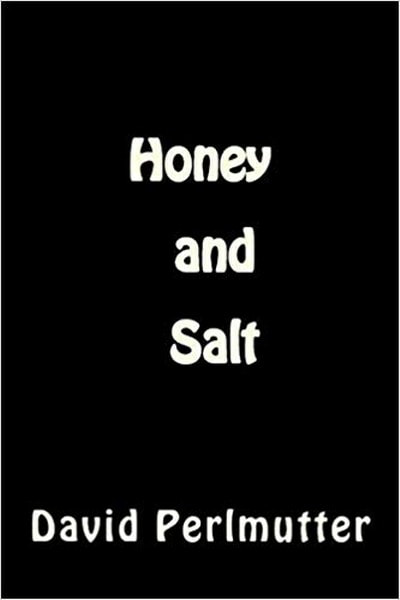 Honey and Salt
by David Perlmutter
Genre: YA Fantasy

Bravery comes in all forms: fighting bullies and fighting your own demons.


Honey and Salt is a superhero novella that will draw you in the just fight of a few super heroines. The story is packed with action and humor.


Their quest against evil superheroes and against their own weaknesses is refreshing. You can identify with them and embrace their battles.
Rousing fantasy action with amazing young girls ready to fight for justice and for the oppressed.
If you enjoy a good action with an unusual plot, then this is the book for you.

It didn’t take long for them to come.
Muscle Girl only called one of them, it seemed, and the others found out about it through their internal grapevine. That was all it took. Those five ladies must have some kind of second sight or ESP when it comes to each other. That would explain why they work so well as a team. Though probably not why they fight with each other so much over stupid things.
In any event, each of them made a triumphant entrance into Winnipeg from an entirely different geographic direction. I felt like a kid in a candy store watching them come in.
The Brat came from the North, right from outer space. Breaking the sound barrier as she did, which is what all of them can do when they fly, and displaying her unstoppable courage on her face completely. Her blonde-haired toddler’s appearance, and the clothing related to it- blue sweater open to reveal a white T shirt with a giant “B” on it, white skirt and boots-was as effective as disguising her true abilities as Gerda’s civilian identity. And both of them delighted in defanging anyone who was deluded enough to think of them as a “mere” or “helpless” girl. Especially in the Brat’s case, because, unlike Gerda, she was actually an adult alien.
Then Power Bunny came up from the South, from business in the United States. The light blue shirt and skirt she wore contrasted sharply with the feminine pink tones of her fur. Cheerful optimism, and her trademark humor, seemed to pour out of her, given the broad grin she had on her face. But that was a given, considering she was a denizen of the marvelous realm of Anthropomorph, where all of the creatures known pejoratively as “cartoon characters”, whom we see in the movies and television as mere 2D and 3D images, are living, breathing, full dimensional beings like humans are here. So the physical limitations of our universe mean nothing to her, and she can use the unique abilities of her race to their full advantage here. Although she also has more traditional super powers, thanks to an encounter with a runaway meteorite doing her day job as a journalist, to go along with them as backup. Making her even more formidable than the ones of her kind who don’t have that in their arsenal.
Cerberus was next, coming out from the West. She was and is a magnificent specimen of canine womanhood, despite being in the permanent physical position of being a big-eared, big-eyed and runty looking Dalmatian puppy. She was the product of a union between a normal Earth dog and a member of an alien, superpower laden species of same, the Perros, based around Sirius, the Dog Star. So, as she puts it, she got her dad’s powers and her mom’s good looks in one bargain. Once again, a very deceptive looking package able to pack a punch at the right moments. As she flew in, with a series of lusty yips and an earth-shaking howl, it seemed I could see every single black spot on her white fur coat gleam. Even the ones her monogrammed white T actually obscured.
Finally, from the East, came Candy Girl, the Titan of Teens herself. A red-haired, black-eyed goddess in appearance, as tall as a WNBA or women’s college basketball player, with the muscles, the speed and the moves to match. She managed to look drop dead gorgeous despite her largely utilitarian uniform of purple monogrammed sweatshirt, purple sweatpants, red belt and yellow work boots. Her emerald ring, the source of all of her mighty powers, gleamed like a beacon from the ring finger of her right hand. It had been given to her by a boy named Cantus, actually an intergalactic policeman-type of some note, after she had rescued him from
drowning while on duty as a lifeguard. After he tragically died soon afterwards, he bequeathed the ring and all the responsibilities related to it to her. And, as he was the first one she truly loved- and possibly the only one, by her own estimation- she was not in any sort of position to refuse. It took her some time to discover the magnitude of her position, though, especially when many of Cantus’ old enemies started gunning for her instead. But she’s managed to very good at her job, in spite of, among other things, her short temper. Having a younger brother with genius-level intelligence to confide in at difficult times helps as well. And she has to confide in him more than you think. Her brain is afflicted with Asperger’s syndrome, that particular subgroup of Autism that makes those with it frequently zig when others think they should zag. This comes about frequently in the person of her sudden and unexpected losses of confidence in herself and her abilities, which can often come at the worst of possible times. But her triumphs over her enemies are far sweeter for this reason alone than they would be otherwise.
Alas, Candy- who is more likely than the others, for some reason, to have the wind taken out of her sails unexpectedly, and for seemingly and entirely capricious reasons- was humiliated coming down out of the air as they were not. A sudden and unexpected gust of wind blew her off course from her intended landing place- along with the others near MG and me- and directly towards the reflecting pool of water around most of Millennium Library Park. Where she landed with a yell- and an undignified splash.
Needless to say, she wasn’t pleased.
That was made clear by the first words I heard any of them utter in my presence.


In a sandpaper-rough tone completely and unexpectedly at odds with her angelic physical appearance, Candy swore profusely in the most unprintable language imaginable. 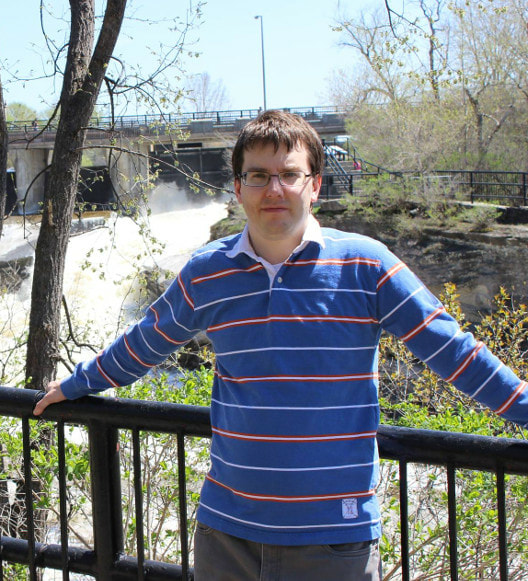 David Perlmutter is a freelance writer based in Winnipeg, Manitoba, Canada. He is the author of America Toons In: A History of Television Animation (McFarland and Co.), The Singular Adventures Of Jefferson Ball (Amazon Kindle), The Pups (Booklocker.com), Certain Private Conversations and Other Stories (Aurora Publishing), Honey and Salt (Scarlet Leaf Publishing), The Encyclopedia of American Animated Cartoon Series (Rowman and Littlefield, forthcoming) and Orthicon; or, the History of a Bad Idea (Linkville Press, forthcoming).