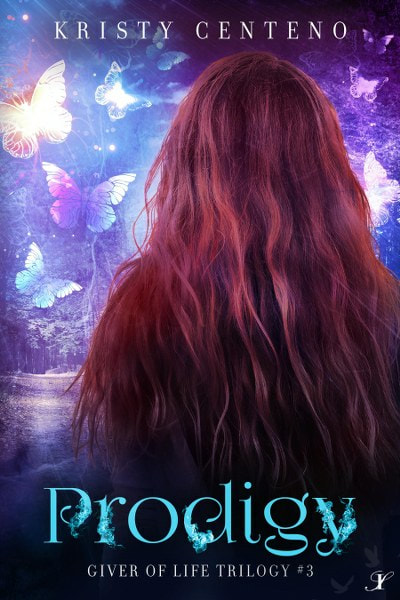 Prodigy
The Giver of Life Trilogy Book 3
by Kristy Centeno
Genre: YA Paranormal

Leah Parker’s fate had always been controlled by others—who she loved and who she lost. Five years after the tragic murder of her daughter’s father, she’s done everything in her power to protect her little girl from the outside world. But she’s rebelled against fate in the past and no act of defiance goes unpunished in the Enchanter community.
The ultimate power wants to correct the damage done by Jae and the only way they can do that is by getting rid of her special child—a child destined to replace all branches of Enchanter magic one day.
But, Leah isn’t willing to go down without a fight. She will do anything to save what Jae died to protect, even if she must turn against the Circle of Elders. But when her first love, Brandon Morris walks back into her life, Leah knows nothing will ever be the same again.
Leah must confront her past, before she and her daughter are erased from her family line. She must get over her guilt and rely on Brandon to ensure her daughter’s survival. But will the pain from their past destroy their friendship forever? Or will their old bond hold them together and carry them through what’s ahead?

“Brandon,” I whispered, my voice shaking with suppressed sobs. I cared so much for him, but there was no future for us. There never was. Like Dmitri said, making him believe otherwise would only harm him. I couldn’t do that to him. Or to my sister. “Emmaline loves you. I think you should reconcile. You should’ve never broke up with her—”

He came at me so fast there was no room for a reaction. He stood in front of me before I could blink twice. With a scowl on his face, he grabbed on to my arm and jerked me forward. I stumbled a few steps and was stopped by the wall of his chest. He released me, not touching me in any way, but he didn’t have to. The energy rolling off him was the same as having his fingers run all over my skin. I shivered at the thought.
I glanced up at him. I’d forgotten how tall he was. I was a like toddler standing next to him. He was so big, and strong, and…imposing. He had a physique that would intimidate anyone, but I knew he was anything but vindictive, cruel, odious. Brandon was a sweetheart underneath all those dark clothes, the black eyeliner, and ebony hair. He was warmness wrapped in a hardened exterior.
I dared not move an inch. Or even breathe. His jaw was set so firmly I worried his teeth would chip a good chunk off. His gaze roamed over my face, slowly, as if it was the first time he ever saw me. I was unsettled. Nervous. Yet, so conscious of our bodies molding together as if we were born that way. 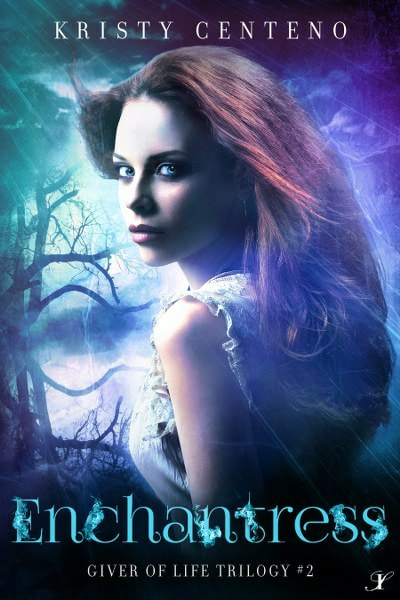 Enchantress
The Giver of Life Trilogy #2

Fate brought them together. Will evil break them apart?
Leah Parker’s visit to her hometown is supposed to bring her closer to the truth behind her identity. What she doesn’t anticipate is the handsome stranger with almond eyes claiming to be her Pair.
Her world once again upturned with the arrival of the man chosen to be her life partner, Leah is pulled between the feelings she’s always had for the friend she left behind, and those for the compelling stranger determined to save her from certain death—at whatever the cost.
With an ancient evil out to finish what it started twenty-one years before, will Leah find peace within her troubled mind and heart to fight back and win? Or will her disconnection with her newfound powers hinder her only chance at survival?

Jae kneeled in front of me and took my hands in his. “You don’t use your powers often, do you?”
“No.” I’d just found out I had them. “Why?” I raised my gaze to his face, expectantly.
“As Enchanters, we’re built to destroy evil. When we fail to hunt, and destroy our enemies, our inner clock gets out of whack and this is the aftermath.”
Confused, I gaped at him. “I have no idea what you just said.”
“It’s a little something we call blue fever. It happens when we accumulate too much power. You can stop it by channeling into your inner Enchantress.”
“I used my powers not too long ago,” I argued.
He nodded. “Not in the way you intended, did you?”
“What difference does it make?”
“A lot.”
“Tell me how to stop it,” I requested, annoyed that he knew my faults even if I hadn’t admitted to them.
“Do you hunt?” he prodded.
“No. I had no need to,” I lied. Well, more like fibbed. I wasn’t withholding the truth, just not fully explaining myself. Now wasn’t the place or time for that. “How do I…?” Panicked, I watched as the first strands of the bluish flames emerged from the tips of my fingers. “No.”
If I broke out in flames, not only would our victim spot us, but the entire ecosystem around me would be in jeopardy, thanks to my inability to function the way I was built to.
“How do I stop it?” I asked him in desperation.
In response, Jae helped me to my feet, pressed me against the tree’s trunk behind me, framed my face between his palms, and crushed his full lips to mine. 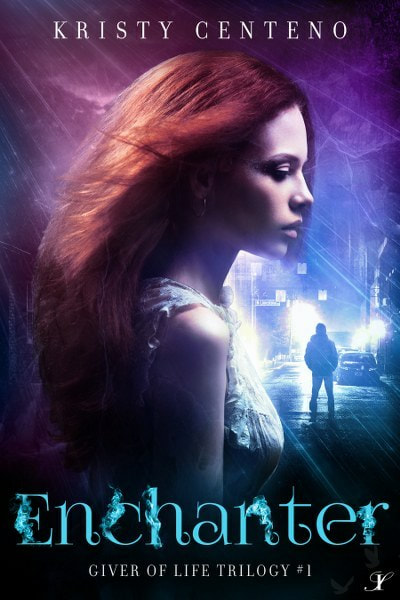 Enchanter
The Giver of Life Trilogy #1

They have a past. But will they have a future?
Leah Parker is resilient and hardworking. She’d always prided herself in maintaining a level head, even under pressure. Everything changes when she begins to see strange apparitions and hear ghostly voices on the morning of her birthday.
In a blink of the eyes, Leah’s life takes a drastic turn that spirals her into the unknown. Something is out to get her, but she’s unsure if she’s losing her mind, or the faces and demands of the dead are real. Unable to find the answers she needs, she has no choice but to rely on ex-best friend, Brandon Morris, for help.
But as she will soon discover, Brandon has his own secrets. Some of which defy logic and only add to the mystery surrounding Leah. And mix feelings between the two complicate matters by getting in the way of what they really want, and what they must do.
Can Brandon lighten the load on her by figuring out what or who wants her dead? Or will their past history get in the way of the storm brewing just beyond Leah’s grasp?

“Are you scared of me? Is that it?” As if to make a point, he covered the distance between us in three short steps, and backed me off into the landing to the stairwell behind me, stopping only when our bodies were a few inches from coming into physical contact. The invigorating scent of his cologne invaded my nostrils, causing my mind to go into total and complete turmoil.
I shut down, unsure how to react. I hadn’t anticipated being cornered in a vulnerable spot where we were shielded from view. Normally, I was a sucker for guys who smelled as good as he did, but this was Brandon Morris. I couldn’t decide whether to lean closer and inhale slowly, or scream and push him away.
“Are you?”
I wanted to deny his accusation, but he could see the truth in my eyes. It was pointless to pretend as if he hadn’t just sent my heart into a race. By then he could see how badly I shook. I could not disguise it fast enough for him not to notice.
“Should I be?” I asked softly, fear forcing my voice to quake.

Kristy Centeno loves to spin tales of creatures that go bump in the night, with a sprinkle of romance to top them off. Her passion for writing stems from a lifelong enjoyment of reading and the pleasure derived from the magical worlds created by authors like her. She prefers her female leads strong, independent, and stubborn who will stop at nothing to save their loved ones and protect those they care for.
Kristy currently resides in Pennsylvania with her five kids and a trio of noisy parakeets. When she’s not working or writing, she juggles her free time between raising a handful of minions and pursuing other career goals.