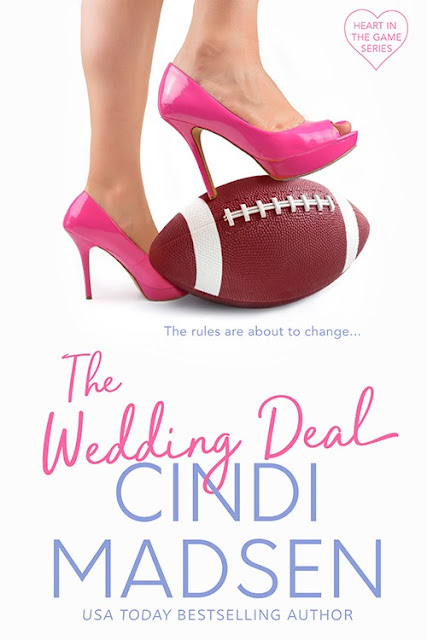 The rules are about to change…
Former quarterback Lance Quaid just inherited the most losing team in the NFL. He’s got only a few weeks until draft day to turn things around, and after firing more than half his staff, he can’t do it alone. Thankfully, his HR manager is more than capable, if only she’d stop focusing on “due diligence” and stop looking so sexy while she’s yelling at him.
Charlotte James has made a life out of following the rules. But nothing could have prepared her for Lance Quaid––he’s a human resources nightmare. The man is brash, has no filter, and, as her new boss, is constantly relying on her to cover his ass. Which is admittedly quite nice.
When Lance begs her to join him on a trip down the coast for his brother’s wedding so they can finalize details––on a strictly business basis––she agrees...after they fill out the necessary forms, of course. Away from the office, though, sparks start flying as the team starts coming together. But both of them know anything more than the weekend would be a colossally bad idea––after all, the extra paperwork would be a nightmare.
Goodreads Link: https://www.goodreads.com/book/show/44006166-the-wedding-deal

Cindi Madsen is a USA Today Bestselling author of contemporary romance and young adult novels. She sits at her computer every chance she gets, plotting revising, and falling in love with her characters. Sometimes it makes her a crazy person. Without it, she’d be even crazier. She has way too many shoes, but can always find a reason to buy a new pretty pair, especially if they’re sparkly, colorful, or super tall. She loves music, dancing, and wishes summer lasted all year long. She lives in Colorado (where summer is most definitely NOT all year long) with her husband and three children.