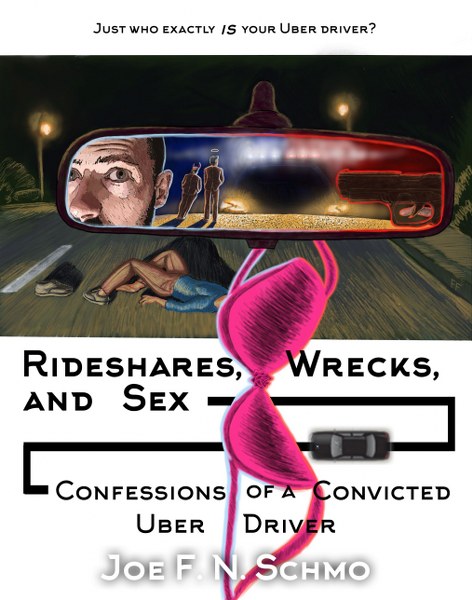 An Uber driver is expected to be courteous and attentive, both to their passengers and to those on the road. They are not expected to accept an invitation to a swinger party, flee the scene of a fatal accident, nor are they expected to be a convicted felon on probation.


Unfortunately, this Joe Schmo is not your everyday Uber driver.

As most Uber drivers do, Joe began sharing rides with the audacious hope to one day escape the legal and financial road blocks stalling his merger onto the freeway of creative success. But when a typical shift U-turns into a series of detours involving Android ordered lovers, herpes ridden riders, sexy sorority sisters, a botched bachelor party, and blundering bank robbers, he arrives (at gunpoint) miles from his desired destination.

"Rideshares, Wrecks, and Sex: Confessions of a Convicted Uber Driver" is a narrative nonfiction based upon actual events that transpired over the year Joe covertly drove for Uber while on intensive probation. He confesses outlandish details in a highlight reel of wrecks (both car and train) and sex, effectively answering the question every Uber rider has begged to know from their driver: "What's your craziest story?" 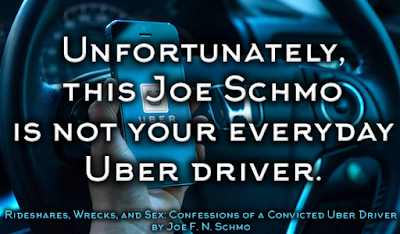 “What the fuck are you doing, numb nuts?” The robber pistol-whips my headrest
to kidnap my attention before thrusting the barrel into my chest. A stink of
desperation and maple syrup wafts from his mouth when he shouts, “Drive the
fucking car, now!”
It’s at a time like this that I wish I were a superhero. Not so I can have superhuman strength,
unmatched speed, or a stretchy cock, but so I can harness the power of hindsight. That’s right,
hindsight.
This individualized ability would be similar to, but not exactly like, predicting the future. You
remember the convoluted superpower Isaac Mendez displayed in Heroes? He had to black out in order
to produce ambiguous artwork of an underage cheerleader. Creepy, I know. However, if his paintings
could, in fact, foretell future fate, he could sketch a fake and manipulate Donald Trump into believing
he’ll win another presidential election, then sell said paintings to him at market value ⎯ a cool
billion. But hindsight is not like that; my superpower would be more practical than Isaac’s.
Instead of predicting the future, hindsight would trigger a red light when I approach morally
ambiguous crossroads at which a certain direction could lead me to mental, spiritual, or bodily harm.
At every consequential juncture a visual GPS would activate, allowing me to witness the destination of
every road traveled, thus giving me an opportunity to choose the path that would prevent me from
ever using the adage, “hindsight is 20/20.”
Just imagine something that might happen in an episode of South Park or a campy Nick Cage
flick.
Unfortunately, I am not a superhero. Nor am I Nick Cage. I am an everyday Joe f’n Schmo who
has a billion (and one) regrets that have led me to this moment where I am screaming “fucking
hind⎯”
“Hey, Uber driver, get to the chopper, asshole!”
Braking from my heroic lament, I slam the transmission into gear and tear out of the bank
parking lot with three masked men and what appears to be a cool billion, wishing to hell I could
recalculate this current detour, where it will inevitably lead, and return to the beginning.


It all started yesterday when I turned on my Uber phone… 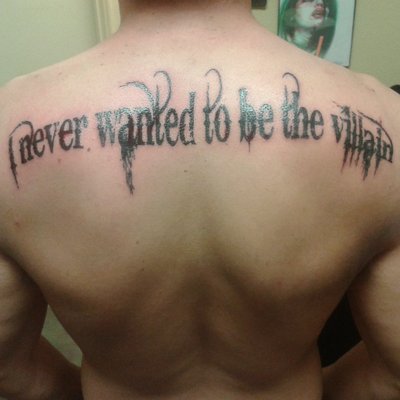 Joe F. N. Schmo, a 30-something latent child prodigy, is on a quest to obtain free Rockstar for life and plans to use it to obtain his Ph.D in Upsetting the Status Quo. Once earned, he hopes to use his written works as a vehicle to turn underinformed perceptions on their thick skulls (among other abhorrently selfish goals).


After completing over 1,000 rideshares for Uber while on intensive probation, Joe has encountered it all (save for alien abductions and spontaneous combustion) and is über qualified to write a confessional with such a titilating title.


Prior to his salacious adventures, Joe earned his B.A. in Film and Media Production where he wrote, produced, directed, and edited several short films. This experience sculpted him into the kind of asshole who quotes from random films and includes obscure pop culture references into his written works.
Joe's masterpiece, "Rideshares, Wrecks, and Sex: Confessions of a Convicted Uber Driver" is a culmination of his of film background, sharing rides with Uber, and myriad adverse experiences. It was NOT written to please those stiff, literary types, but to appeal to the haughty neophytes who attest e-books are superior to the printed page.
Currently, Joe is working on his encore, "Jackpot," which, much like "Rideshares, Wrecks, and Sex, was written with the intention to be adapted into a feature film (as it is his narcissistic goal to direct his own film adaptations).