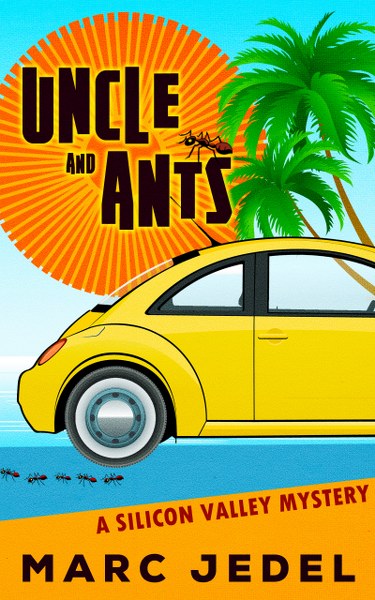 Mysterious attacks. Mischievous nieces. Can a clueless uncle catch a tech-savvy killer … and be home before bedtime?
When a freak accident hospitalizes Marty Golden’s sister and condemns him to babysitter duty, he thinks it’s just another case of hardwired bad luck in Silicon Valley. Until a suspicious murder suggests the mishap was no mere coincidence. Something must be done.
Too bad this quirky, fashion-backward uncle isn’t exactly hero material.
Convinced his sister is in mortal danger, this amateur sleuth follows clues to an oddball array of suspects. Armed with nothing but an eye for detail and powers of self-delusion, Marty tangles with gangsters, a cantankerous school secretary, and a perplexing woman he can’t help but fall for. Glitches in his investigation seem like a piece of cake compared to dinner-prep and bedtime stories with his two precocious, pre-teen nieces.
Can Marty catch the culprit, save his sister, and get his life back in order before he gets unplugged?
Uncle and Ants is the first novel in a refreshingly modern mystery series set in Silicon Valley. If you like clever humor, sassy side characters, and average Joes facing extraordinary circumstances, then you’ll love this twisty mystery.
Buy Uncle and Ants to login to a fresh, funny mystery today! 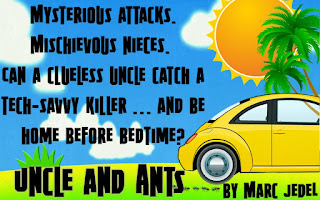 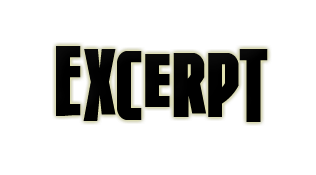 I realized I hadn’t updated my own, college-aged kids, Amanda and Eli, on their Aunt Laney’s status in the hospital.

GROUP TEXT TO AMANDA, ELI
MARTY: Girls at my place. Laney will be fine soon. Ice cream truck driver ok but truck totaled
AMANDA: Glad she’ll be ok
ELI: Yea. Good that both will be ok. Truck got what it deserved.
AMANDA: You used to like ice cream trucks :) Best prank ever! #EPIC
ELI: Childhood trauma
AMANDA: Never saw you run so fast
ELI: Thought truck had finally stopped at our stop sign and I could catch it
MARTY: She really got you
ELI: Who knew I had such an evil sibling
AMANDA: *insert evil laugh here*
Amanda had burned Eli with an impressive prank in middle school. Every day that summer, the ice cream truck raced past the house after lunch with the loud, iconic music creating an almost Doppler-like effect as the truck roared past. Ten years old at the time, Eli desired nothing more than to have the experience of buying an ice cream cone from the truck all by himself. He’d rush out the door, cash in hand, whenever he heard the truck, but never managed to flag the guy down. The driver must have used his truck to practice for Nascar.
One July weekend afternoon, Amanda found the ice cream truck music online, then set her speaker in the hallway outside the bathroom door while Eli showered. She hit play just as the shower turned off. He raced out the front door with his towel barely hanging on, only to discover no truck in sight and his sister’s riotous laughter thundering from the doorway. She’d pulled a world-class prank on him. Eli got over it, but not the disappointment of his futile endeavors to score an over-priced, freezer-burned Drumstick.
Although his mother and I would never have let him, Eli would have succeeded if he’d stood in the middle of the street waiting as the truck raced toward him. The truck’s automatic
emergency braking system would have stopped it without hitting him … Like Laney’s car should have stopped on its own without hitting the truck.
How could Laney have broadsided a truck? Today’s cars all have automatic braking with advanced radar systems, not like the early versions when I grew up. And, for that matter, didn’t delivery drones also have autonomous controls to steer them away from collisions? Laney’s accident was starting not to feel very accidental.


I scrambled to locate Sergeant Jackson’s card and call him. It went straight to voicemail. I left him a rambling message asking him to check out what went wrong with the drone’s collision prevention system. I also suggested the ice cream truck driver could be a possible suspect, although this only made sense if Laney was part of a bizarre conspiracy/thriller movie. In the real world, ice cream trucks didn’t target people or have problems driving. Unless they were on a Rocky Road. Heh heh. 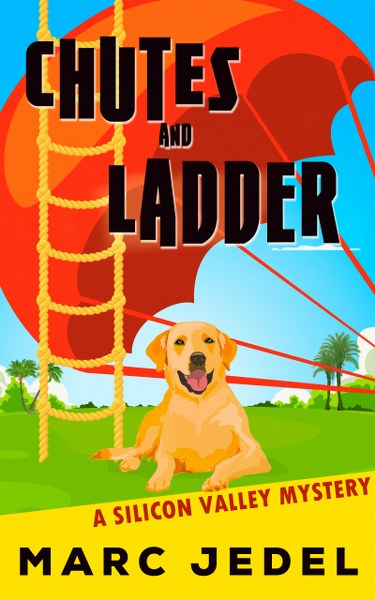 Can super-agent (in his own mind) Uncle Marty solve not one, but two mysteries without becoming a victim himself? Will he ever be forgiven for bringing Buddy, the Labrador, into his sister’s house?
All your favorite characters from Uncle and Ants are back in a crazy, new adventure. Plus, introducing a new member of Marty’s family! 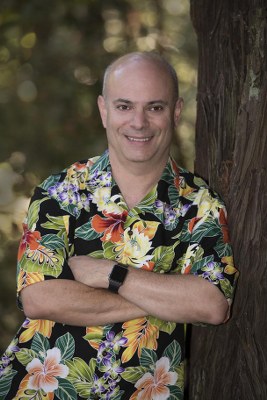 In his family, Marc was born first — a fact his sister never lets him forget, no matter what milestone age she hits. For most of Marc’s life, he’s been inventing stories. Some, especially when he was young, involved his sister as the villain. As his sister’s brother for her entire life, he feels highly qualified to tell tales of the evolving, quirky sibling relationship in the Silicon Valley Mystery series.

Family and friends would tell you that the protagonist in his stories, Marty Golden, isn't much of a stretch of the imagination for Marc, but he proudly resembles that remark.

Like Marty, Marc lives in San Jose, the heart of Silicon Valley, where he writes within earshot of the doppler effect of the local ice cream truck. Unlike Marty, Marc has a wonderful wife and a neurotic but sweet, small dog, who much prefers the walks resulting from writer’s block than his writing.

Visit his website, marcjedel.com, for free chapters of upcoming novels, news and more.