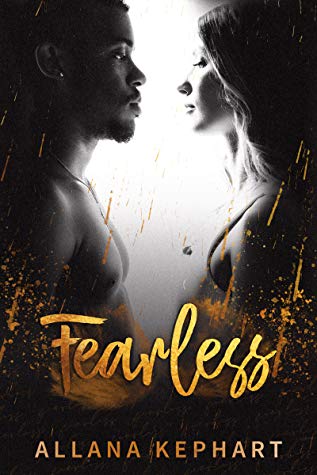 
Priv·i·lege: having special rights, or immunities. Societal and social advantage.
For Riley McLeon, ignorance is bliss. As the daughter of a single cop with a history of shooting first and asking questions later, she’s grown up sheltered. He taught her everything she knows about life, love, guns, and the world as he sees it. And all he ever asked from her was a promise: she would never date a man of color.
Ra·cist: a person who shows or feels discrimination, prejudice, or antagonism against people of other races, or who believes that one’s own race is superior.
Lincoln Sanders knows all too well about the skin deep judgments people make. He knows what it is to lose everything, to be haunted by the impossible. He knows pain. He knows hate. And he definitely knows trouble when he sees it.
Chance: to take a risk. A possibility of something happening.
Silence comes easily when the whole world is against you, and being together is an act of bravery neither Lincoln or Riley think they’re capable of. Loving each other feels like coming back to life, but you can’t move forward if you’re living in the past.
When you unlearn everything you’ve ever known, you can become fearless.

Goodreads / Amazon
—
EXCERPT:
“Okay, okay,” Riley laughs, slamming her empty bowl down on the coffee table. She clutches her head, squinting through the pain of her brain freeze. “Truth or dare, jackass?”
Tears stream down my face from laughing so hard at her display. After bringing her in and showing her around my little place, we made our way to the gray leather couch with two half gallons of frozen custard and a bottle of whiskey. One way or another, we got around to playing truth or dare. I promptly dared her to swallow the entire big, chocolatey scoop she had balancing on her spoon, that she promptly shoveled down her throat like a boss.
“I can’t believe you actually did that,” I cackle.
“Truth or dare?” she laughs furiously, louder now. “It better be fucking good after that. I’m pretty sure that was abuse.”
“I’m not even sorry,” I say as I wipe the tears from my eyes. I press my hand against my chest, as if that will force air back into my lungs. “Truth.”
“Oh, typical,” she jokes, and I’m laughing again. “Alright. What’s the craziest thing you’ve ever done? Spare no details, I want to be flabbergasted.”
I shake my head, trying to think of something to tell her. This is where she finds out just how boring I am. “I ate a whole bag of marshmallows once.”
“Linc,” she hisses, unimpressed.
“What?” I ask, beaming at her. “I don’t have any fun crazy shit. The craziest thing I’ve ever done is go to prison. I don’t want to be a wet blanket.”
Trepidation washes over her, and my amusement fizzles out like a lit match in a puddle. “I… I’m not sure why I told you that,” I cough. Riley sits quietly, waiting for an explanation, and as much as I want to come up with a brilliant, sexy backstory, I can’t lie to her. I sigh. “Promise not to judge me?”
“Did you kill somebody or something?” she says through a forced laugh. When I don’t immediately respond, she pushes away from me on the couch. “You… Did you kill somebody?” 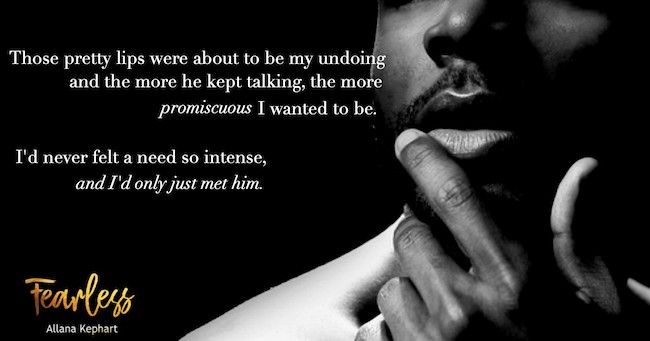 Author Bio:
Allana Kephart has been making things up and bending people to her will from a very young age. She loves animals, tattoos, music, laughing, and reading. She spends an obscene amount of time finding pretty new words and thinking up awful ways to torment her characters.
When not writing, she can be found walking one of her many furbabies, making havoc with her credit union work buddies, or jamming out in her car to Broadway musical soundtracks. She lives in the beautiful state of Colorado with fur-babies.