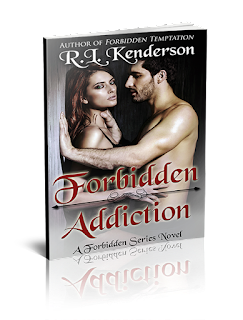 In preparation for tomorrow, the release of book 4 in the Forbidden series lets have a look back over this fabulous series. If you haven't read it yet, you are missing out. It is one of my favourite Vampire/Shifter series.

Tomorrow I will be doing a special post for Forbidden Addiction (Forbidden #4) by R.L. Kenderson 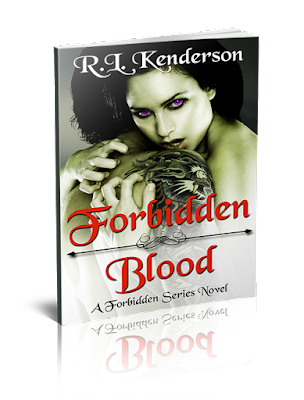 Next in line to lead the vampire species, Princess Naya Kensington has always abided by her royal responsibilities. At the urging of her best friend, Naya breaks the rules and crosses the line when she goes to a human nightclub. Following a chance encounter, Naya alters her life with a singular act forged from lust and blood.

Vaughn Llewelyn has secrets and obligations of his own, but he ignores them when he spots Naya across the nightclub. He wants her in a way he’s never felt before, and although he can’t possibly have more than one night with Naya, he knows no one else will do.

One night of forbidden love creates a bond that will forever change both of their lives…as well as their worlds.

As Naya moved closer, she found a small opening near the corner of the bar. When she reached the counter, it was obvious as to why the space had been empty. Next to her sat a disheveled man perched on a stool. He stank of alcohol and smelled like he was about a week overdue for a shower. He ogled her, making her uncomfortable, but people were swarming the bar around her, so she was unable to put the space she wanted between herself and the dirty drunk.
However, she was sick of people forcing her to do things she didn’t want to do, whether it was consciously or subconsciously on their part. She was going to get a drink, head to the floor, and dance until she started to have fun, even if it killed her. She would not let anyone ruin her plans.
“Hey, baby,” he said as he scooted closer, looking her up and down and almost falling over in the process. Apparently, his intoxicated state wasn’t going to stop him because he next slurred, “You’re hot,” as he swayed into her personal bubble.
She’d had to hold her breath when he spoke since his teeth hadn’t met a toothbrush in some time.

Naya faced forward and ignored him, hoping he would get the hint. While situations like this didn’t happen often, she had learned that silence was sometimes the best policy.
He leaned in closer. “I said, hey, baby.”
This time, she gave him a stern look. “Sir, I am not your baby.” She turned away, praying the straightforward approach would work.
“Wanna come home with me tonight? We can grab a six-pack of beer and fuck.”
She gasped. “No!” Gross.
“What? You don’t like beer?” He laughed at his joke and extended his hand to touch her.
She jerked her arm away and lifted her chin with confidence. “I’m here with someone.”
If only it were true.
He called her bluff. “I don’t see anyone with you. Why are you playing hard to get, dollface?”
She groaned. Why won’t he go away?

She took a small step back, irritated that she had to be the one to leave, when she sensed a presence behind her. Even though she couldn’t see the person, she knew immediately that he was big, male, and powerful. But she wasn’t afraid. In fact, a calm sense of relief came over her, and she instinctively recognized he was the one who had been watching her. The deep feelings he’d first stirred in her now flared to life. Anticipation, excitement, arousal, and exhilaration fused into one. Her head was spinning as her nostrils flared, and the lonely place between her legs blazed to life.
From the mirror behind the bar, she caught a glimpse of a virile male before he slipped his arm around her waist and pulled her flush against him, engulfing her body with his own. He kissed her neck and lingered there as if he had the right.
She tilted her head and let him. 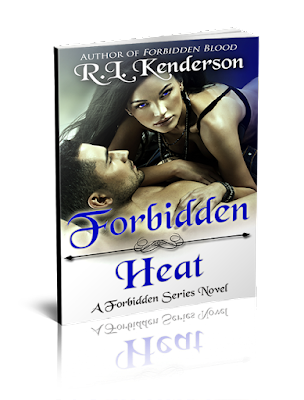 Payton Llewelyn, daughter to the cat-shifter alpha, wakes up with a throbbing head and a bullet wound to the hip. Recalling the events that led her there, the scent of a shifter permeates her senses—not that of a cat though, but of a wolf.

Damien Lowell, future pack leader of the wolf-shifters, has found himself in an impossible situation. Cat-shifters and wolf-shifters aren’t friends, and what Payton doesn’t know is that his father is behind her attack. He only meant to prevent her from being kidnapped, and he now has the wounded princess of the cat-shifters in his custody.

But when the heat becomes too much to handle, Damien and Payton must choose whether to follow their instincts or question the forbidden.

She tried to open her eyes, but she had a headache, and the daylight hurt her pupils. Then, there were the smells. She wasn’t at home or any other place that was familiar, and the scent of wolf-shifter was strong.
Wolf-shifter. Payton sat up in bed, jarring her side and sending shooting pains through her head.
“Oh,” she moaned as the previous night came back to her.
She’d left the restaurant after dinner with friends. Three humans had come out of nowhere and attacked. She had been injured, and then surprisingly, a wolf-shifter had saved her. It was all very strange.
There shouldn’t have been any wolf-shifters in the Twin Cities, but she supposed a few would slip past their radar every once in a while. Since this one had rescued her, she was shockingly unconcerned. So, that was not what bothered her the most.
Actually, it was the humans. Something about them and that whole situation disturbed her. She’d been in the lit parking lot of a busy restaurant in a good neighborhood. Why had they picked her to rob? Why there? Unfortunately, thinking only made her head hurt worse. She’d worry about it later. She should be more concerned about the present anyway.
She looked around the room, finally noticing her surroundings. Hardwood floors and walls all around showed that it was a cabin of some sort. From her spot on the bed, she looked through the window and could see the cloudy winter sky and an endless sight of bare trees with a small amount of snow coating the branches.
The scent of cedar was strong, but it wasn’t the wood cabin. It was her wolf.
My wolf?
She mentally shook her head. She’d meant, her wolf rescuer. It was obviously his place. She looked at the empty spot next to her with the rumpled sheets and the dent on the pillow. This was obviously his room. Had he slept next to her?
A cupboard slammed in the other room. Sticking her nose in the air, she caught a whiff of food cooking, and her stomach rumbled.
She searched the room for a clock with no luck, and she assumed it was late morning or early afternoon. It was light outside, and days were short in November, so midday was a good guess.
Throwing back the covers, Payton attempted to swing her legs over the side of the bed.
Bad idea.
Pain radiated everywhere. She would need to do this a little slower.
Carefully, she put her right leg on the floor first. She noticed her right leg was bare. She looked down at herself. She could feel she was sans underwear. A man’s flannel shirt was the only thing she wore. She grabbed the collar and brought it to her nose. Although the smell was faint, it was the wolf’s shirt. It had been washed after he’d last worn it, and now, her scent covered it, too.
She pulled up the shirt to look at her throbbing hip. The wound was bandaged and clean from what she could see. Next, she picked up a chunk of her hair, seeing it had also been washed.
He had bathed her, and she wasn’t sure how she felt about that. She appreciated his care, but she knew he’d seen her naked—as if things weren’t already awkward.
She lowered her shirt and moved to place her other foot on the floor. She was working up her motivation to stand when the wolf came to the door, carrying a tray of food.
They both froze.
“Payton?”
Wow. Now, this was a man. 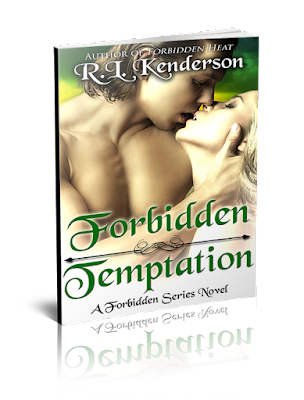 Since one fateful evening at a nightclub, Kenzie Swanson and Sawyer Lennar have shared an undeniable attraction. They’ve had moments where they couldn’t ignore their desires, succumbing to their needs, and Sawyer has marked Kenzie in a way that no other man can.

But there is one problem that continues to keep them apart.

As a cat-shifter with a traumatic past, Sawyer hates humans—and Kenzie is all human.

Sawyer’s hatred pushes Kenzie away, and they try to maintain their distance from each other—until they are mistakenly kidnapped and have to act as a couple. When the unforeseen happens, Kenzie can only do so much to deny herself from being intimate with Sawyer.

Given a chance at what might have been, Sawyer and Kenzie are forced to face the forbidden temptation to be with one another. 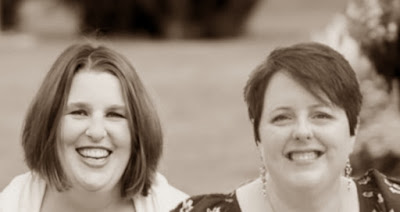 R.L. Kenderson is two best friends writing under one name.

Renae has always loved reading, and in third grade, she wrote her first poem where she learned she might have a knack for this writing thing. Lara remembers sneaking her grandmother’s Harlequin novels when she was probably too young to be reading them, and since then, she knew she wanted to write her own.

When they met in college, they bonded over their love of reading and the TV show Charmed. What really spiced up their friendship was when Lara introduced Renae to romance novels. When they discovered their first vampire romance, they knew there would always be a special place in their hearts for paranormal romance. After being unable to find certain storylines and characteristics they wanted to read about in the hundreds of books they consumed, they decided to write their own.

They both live in the Minneapolis/St. Paul area where they’re a sonographer/stay-at-home mom/wife and pharmacist/mother by day and a sexy author by night. They always love hearing from their readers.


Posted by DanielleDuncan at 22:00