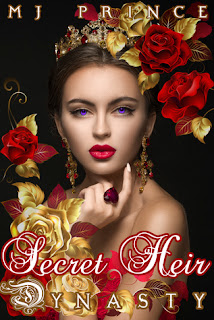 My life was getting in the way of reading this book! I couldn't put it down.

The book cover and title don't do this book justice. I expected to read another book that went something like; ... I'm a princess ... now I have to learn what to do. That wasn't this story. It was so much better! 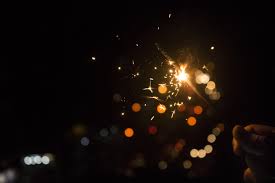 Jazmine is in the foster care system. She has never found a home since her mum died. She's been passed from family to family. She works a rubbish job in the hope of saving to go to art school and better her life.


One night she meets a stranger who looks familiar, little does she know he's about to change her life forever. Jazmine is only half human her father was a king on a parallel planet. Unfortunately, he has passed away, but not before his secret daughter was discovered. Now Jazmine is taken to a foreign planet and has to start all over again. A new school, a new life but all the same drama (with a twist of course!). She is royalty and also an outcast. The queen bee and her boyfriend, Raph make it clear she isn't welcome. They rule the school and she is a new toy to play with. Everyone ignores her except Raph. He's mean and determined to get rid of her. He didn't see her coming. Jaz is no pushover. One prank after another everything gets totally out of hand.

All is fair in love and war. Things are about to get messy!


I love a good bully sexual frustration book and this ticked all the right boxes for me. I loved the heirs. The elite who think they're more than everyone else. Some turn out to be nice some not so much. Then there's the underdog best friend who is everything Jazmine needs. Throw in some magical powers and a whole world of trouble and I'm hooked! I loved this book even though it ends on a cliffhanger which I normally totally hate. Yes, I want more!


I received an ARC in exchange for an honest review. 5 stars. When is the next one out? I need it yesterday! 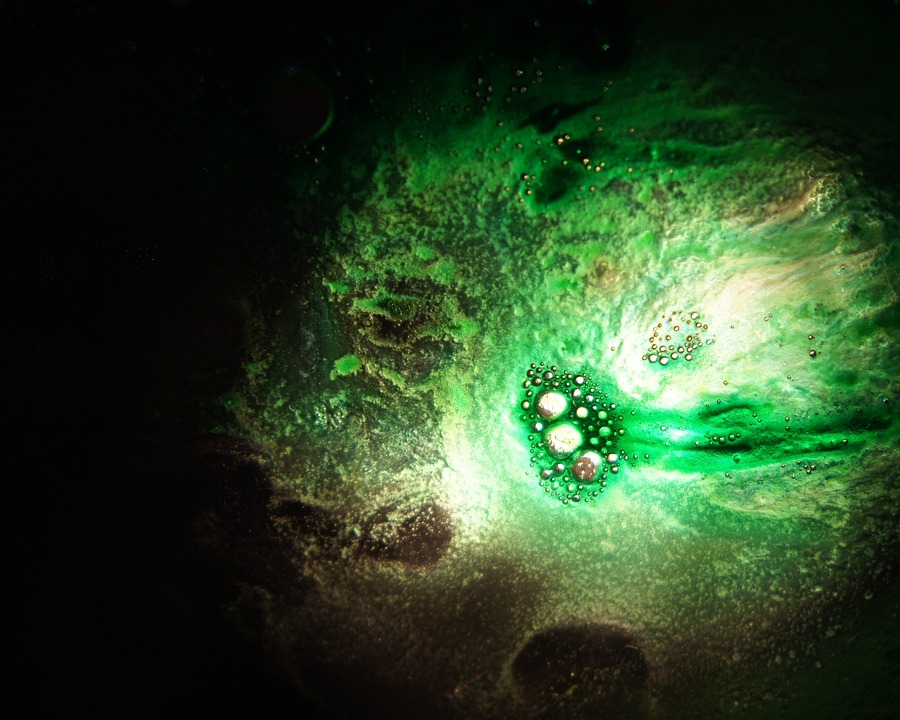 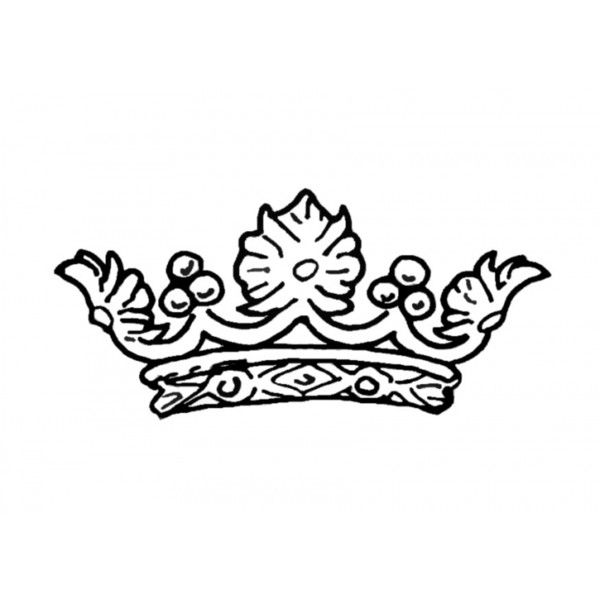 Question One: What inspired you to write Secret Heir?


Growing up, I was obsessed with YA and fantasy books. LJ Smith was one of my favourite authors. I could never get enough and it was something I just couldn’t shake even as an adult! My tastes grew to new adult and contemporary romance later on. I was looking for something which was a blend of all my favourite genres—YA, NA, romance, fantasy and contemporary. I couldn’t find anything which quite fit that space so I decided to write a book that would satisfy my own cravings and hoped that other people would enjoy it too!


I’ve always been fascinated by the stories of Eden—Adam and Eve, good and evil, beauty and cruelty, love and temptation. I thought this would be the perfect backdrop for the Dynasty trilogy. Romeo and Juliet is also one of my favourite tragedies. I absolutely love the forbidden love trope and the tangled web which feuding families can weave. Royal romances is also one of my guilty pleasures along with the enemies to lovers trope and I’m a sucker for cliche high school dramas. In addition, my experience as lawyer, has fostered a growing fascination with politics, power plays and manipulation. So, I took everything I loved and blended it together to create the premise for Secret Heir. 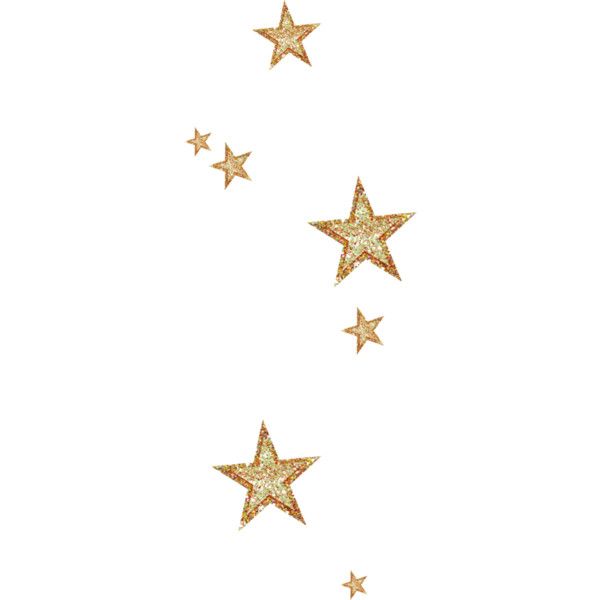 Question Two: Who was your favourite character and why?

Jaz is my idea of a perfect heroine. She’s flawed and broken yet strong, sassy and utterly badass. I absolutely adore her. She has a sharp mind and an even sharper tongue. I also love her dark sense of humour (something that is definitely recreated from my own dark humour).


Raph is also my ideal alpha male anti-hero. I have to admit that I don’t like squeaky clean Prince Charming types. I like my love interests, dark, twisted, cocky, and baaaad almost beyond the point of redemption. Key word being almost because there’s always a reason why the villain is the way he is. I love  characters with so many layers to them that you feel guilty for loving them but can’t quite make yourself hate them. Raph ticks all those boxes and although he does some pretty messed up things, you see some of the reasons why in Secret Heir but even more so in Dynasty Volume II: Shattered Heir. I love that conflict between knowing that you should stay the hell away from this guy yet not being able to resist him. Raph is definitely this guy.

Question Three: What did a normal school day on planet earth look like for Jazmine?


Before Eden, Jaz was like a ghost on earth—alive but not really living. Her existence was lonely, dark and she never felt like she belonged anywhere. Not in any of the ten foster homes she’d lived in after her mom’s death. She went to ten different schools. High school for her was friendless and lonely. She never let herself get attached, never made any friends because she was always moving around. Ultimately, this was because she didn’t really belong on earth so she couldn’t connect with anyone because she knew there was this strange power hidden inside her.

She floated through the high school halls like a ghost, unseen, unknown—and she liked it that way. But then everything changed when she arrived in Eden.

Question Four: I loved the fiery relationship Jaz has with Raph. How did you come up with your prank ideas and did it have you laughing like me?


Enemies to lovers, forbidden love and royal romances are some of my favourite tropes. So the relationship between Jaz and Raph is spurred from all of those passions. I believe that there’s a thin line between love and hate—it’s always the one that you love the most that you are capable of hating the most. I wanted to create an almost all-consuming fire between Jaz and Raph, one which has the power to either burn them alive or make them anew.

I also think that dialogue is key when building a romance between characters. There needs to be humour, banter, sexy flirtation and fire. The dialogue between Jaz and Raph had this from the start even when they were exchanging insults and threats—there was always an undertone of sexual tension and desire.

I LOVED writing the pranks. I found myself smiling and laughing at some parts. I wanted them to be funny, outrageous and downright cruel. Some of the ideas (the less extreme ones) came from personal experience, some from seeing something on TV and thinking ‘that’s perfect for Secret Heir!’ or just from creating a perfect prank from my own mind.

Question Five: Will Jazmine be our leading lady in all the books or will we be getting others points of view?

Dynasty Volume II: Shattered Heir, which I’m writing as we speak, is told from duel POVs. Readers will therefore get more insight into Raph’s mind and what the hell he was thinking in that last scene of Secret Heir. Readers will be able to see beneath that facade and into the complex mind of our anti-hero to see just how messed up and perfectly flawed he is.

Question Six: Who would you recommend Secret Heir to?


Reviewers have said that it is a blend of A Court of Thorns and Roses, Paper Princess and Curse of the Gods. The comparison is truly flattering and I would agree that Secret Heir, although a romance first and foremost, is a unique blend of fantasy, contemporary with a touch of paranormal. I would recommend it to anyone looking for this unique blend and also anyone who shares my love for forbidden romances, enemies to lovers and royal romance tropes.

Question Seven: When can we expect the next instalment? How many books are you planning in the series?


Volume II: Shattered Heir is targeted for release in autumn 2018. I’m writing it as we speak and as you’d expect from the ending of Secret Heir, it’s a lot darker and even more twisted. The focus in Secret Heir was on introducing the world of Eden but you don’t really get to see much outside of Regency Mount. I wanted to focus on the relationships and spinning the foundations for the twisted romance between Jaz and Raph.

Shattered Heir will further immerse readers into the world of Eden. The events will necessitate an exploration of the history of Eden and of the tangled web which weaves the Dynasties together. The dark threat waiting in the shadows, which was hinted at in Secret Heir, is front stage and centre in Shattered Heir along with the implications of what we learned the future holds for Raph and Jaz. We see them battling against each other and the warring concepts of love, hate, duty and freedom. We see the loyalties of the other heirs being tested and relationships straining the the ever darkening times.

Dynasty was initially planned as a trilogy so currently there are three books in total planned. We will see the Dynasty heirs grow from the spoiled, privileged heirs that we see in the beginning of Secret Heir to the leaders capable of saving and ruling Eden.

Question Eight: Can we find a little of you in the book?

I think that it’s impossible to write a book without personal influences coming through. I’d definitely say that my dark humour is reflected in Secret Heir as well as my sarcasm. Jaz’s attitude is also something drawn from personal experience. My profession means that I’m a fighter by nature and I think this has definitely influenced my creation of Jaz.


Question Nine: Can you tell us a little about yourself?

I’m a writer, sometimes artist, sometimes lawyer, often a dreamer and a hopeless romantic but a die hard bookworm at all times.