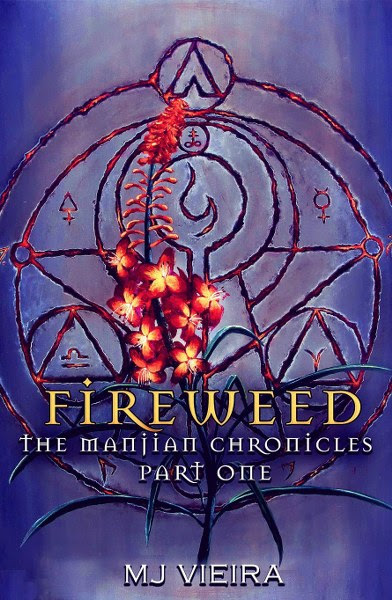 In the far off land of Manji, two tribes live in a strained peace- the magic wielding Manjians and the supernatural
Vampires. A delicate balance is kept between the two races who depend on one another for survival. This peace is broken however when the fireweed, or Io as it’s called, a mythical plant, grows once again within the cursed land called the Barron. Named in a
prophecy that speaks doom for both races, the beautiful plant causes panic within the Vampire community. But the bigger mystery comes when a prisoner, thought dead, is found to be alive and has escaped into the forbidden lands beyond the Vampire’s border.
Prince Jarek is sent to retrieve her, only to find his life set on a new course when the true Io reveals herself as both a worthy adversary and lover. Will the species survive her wrath? How much will the fire cleanse? 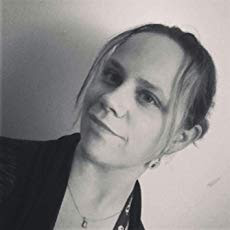 MJ Vieira resides in Southern Maine with her husband, Alan, son, AJ, and their St. Bernard, Roxy. As a child, she traveled around the state with her parents, seeing the vast history the New England state had to offer as well as touring the nation while showing her American Quarter Horse. While traveling, she read many of the great authors of the time including JRR Tolkien, Stephen King, CS Lewis and Ann Rice. It is these writers combined with power of music, mainly hard rock and folk, MJ draws her inspiration.

In between writing, MJ enjoys reading, collecting music and attending concerts. Lux is the first installment in the Veritas series which is MJ's first published work.

The field had once been full of life. Vegetation filled the base with leafy greens and was adorned by soft heathers and vibrant yellows. Trees reached for the sky, their tops nearly playing with the clouds that drifted in the atmosphere above. Animals moved in and out of the worn game trails drinking from the nearby stream or feasting on the nutrients the earth gave up. The area was at peace.
That was before the war. Before the Cleanse.
Before the Royals, the Zheng clashed with the People, the Koa. After the battle, the bodies were left strewn about the field carelessly. The sun rose and they burst into flames. The Vampires’ corpses were consumed by fire, erasing all memory of who they were and who they would be. They burned for days before their ashes were consumed by the ground. No one knew how many spirits lay within the field. But it was no secret the spirits of the warriors who were slain there haunted the ground and contaminated the air. It was said the leader of the Dragons laid a curse on the land, allowing those violent and restless spirits to attack any who dared cross the barren land. Superstitions ran rampant across and kept the Vampires away.
Superstitions aside, this was truth: where life once sprang, death now reigned. All that was left of the plants were gnarled, charred roots of the towering trees which now stuck out from the ground like skeletal hands seeking refuge in the light of day.
A prophecy lay amongst the memories of the few who managed to live beyond the day the field burned. It is said that nothing would grow on the scarred land until a chosen warrior of the People came forth from the ashes. This time would be signaled by the growth of the Io, a flowering plant that represented fire and rebirth. It was rare and called Fireweed in the common tongue. The Io signaled the cleansing of the psyche, a changing of the times when the head blind Vampires would reclaim their magic and make amends for their genocide. Any unworthy who touched it would be burned and those who came with pure spirits would be healed. 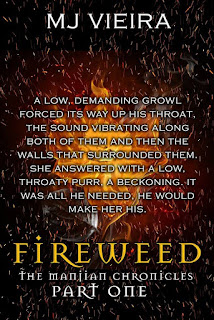