Bane of Tenebris Tour and Giveaway 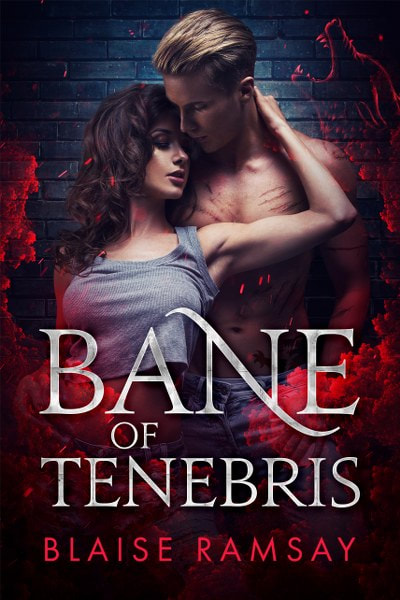 Alexander Kain has been through hell. For centuries, torture, bloodshed, war and living in the shadow of a powerful father have haunted his every dream. Born to die in the place of another due to an ancient pact, he has resigned himself to isolation to wait for death's sweet embrace. Everything changes when a young woman - a hybrid; both vampire and lycan - arrives beaten and left for dead at his doorstep.He couldn't have known that saving her would lead him down a twisting, winding road. One filled with old rivals longing to settle a score, former lovers of a bygone, taboo past or an unlikely alliance with the monsters he fought during centuries of war. The dark god who tortured Kain disappears, his methods and plans unsettling. He must come to grips when his past if he is to survive. However, unlike the loneliness he once knew, Kain falls in love with the woman he found naked in the woods.A love that just might be what he needs to put the ghosts of his past to rest.

Kain leaned against the wooden railing of his covered porch, his eyes focused on the line of trees around the perimeter of his cabin. In the shadows, he made out glowing eyes staring from beyond the gloom. Snarls could be heard above the silence.
The lights of a black Mustang could be seen driving up the gravel road towards the cabin.
He soon recognized it, grinning. “Well, well, well. It seems I’m suddenly very popular.”
Kain waited for the car to stop and the engine turned off before descending the wooden stairs.
Gabriel stepped out of the driver’s side, running a hand through shoulder length, curly dark hair. “It’s good to see you, old friend.” He commented in a thick European voice, embracing Kain.
“You as well. What brings you so far out of your pack’s territory?” Kain asked, his eyes never leaving the trees.
Gabriel followed Kain’s line of sight. “You see them as well?”
“Yes. As of yet, they have not ventured any closer. I cannot be sure of how long that will last. Come, we can talk inside.” Kain motioned Gabriel towards the front door.
When they got inside, Tala sat in the living room in front of the fire with a cup of water in her hands, wrapped in a borrowed blanket. She jumped when Kain came in with Gabriel.
Gabriel whistled at seeing how pretty the young woman was. "Who's this?"
Kain shook his head, sighing and reaching the heel of his hand to the side of his head, eyes turned towards the ceiling. "Honestly, Gabriel, must you really?"
Gabriel shrugged, holding his hands up as he approached Tala. "I won’t hurt you. My name is Gabriel Locke. I’m Kain’s friend.” Gabriel held out his hand. Tala waited for a nod from Kain before she reached to shake it. “There, see? What's your name?"
Tala told him.
"It's nice to meet you," Gabriel kissed her hand before addressing Kain. "Kain, I wish I came here to catch up, but I'm afraid that isn’t the case.”
“I imagined it wouldn’t be. You rarely come to make a social call. What is it?” Kain sat down in the recliner while Gabriel chose to sit on the floor.
“Ramona contacted me," Gabriel said. A low rumble in the back of his throat. "Stoker survived the battle at the Stones and slithered to the Cardozas in Great Falls. He’s informed Anthony of the events that happened here. So far, it doesn’t appear to Ramona that Anthony even cares."
Kain listened to Gabriel go into the details about how Anthony Cardoza, the Don of Great Falls, began to search for an item of unknown origin. His escapades caused horrendous damages to the lycan packs surrounding the city.
During the conversation, Kain's eyes never left Tala. Her actions indicated signs of familiarity with the situation.
"What is the damage so far, Gabriel?" Kain asked.
Tears began to fall down Tala’s face. Out of the blue, she commented on how the Don began slaughtering the pack, recalling instances of smells of smoke and copper. Black shapes ripped and tore flesh from bone amidst crumbling cinders of houses lycans used to live in peace.
Gabriel pushed his legs underneath himself to stand. “That about sums it up. Ramona says Desdemona is trying to reign Anthony in, but her efforts are going unheard. Whatever he’s looking for, he wants it enough to commit genocide.”
Kain shoved himself up from his chair so strongly, the force sent the legs skidding across the wood floors. “We will not let this go unchallenged. Gabriel, give me two days and I will return to the battlefield. For now, considering our unwanted guests, you should stay for the night. Return to your pack in the morning. They will need you.”


Gabriel nodded, retiring to one of the guest rooms Kain often let him use when he visited.

I've been searching for you for centuries.
You disappeared, leaving me alone
Then I found you yet you didn't remember me.
Do I dare to drag back into this world of darkness?
Do I dare risk losing you again?
I can't ignore what I'm feeling
My strong primal pull
Forgive me but I don't want to let you go

Time seemed to freeze the moment I saw you
The world around me disappeared
Your hair, black as night shone like raven feather in the sun
Your frozen green eyes tore my breath away
I had to get to know you
Something about you seemed so inhuman
I let you drag me into your darkness
Yet I know, I didn't want to let you go

For fans of Underworld, Resident Evil and strong female characters who love hot romantic scenes, sexy wolf shifters and a plot twist guaranteed to leave you asking "What the fang?"

Realization hit Damien as to who he was staring down. The same dark god that had challenged him stood in Lilith’s form. Damien’s heart inside his chest burned as he thought about Kain and all he’d done for him. Jill. Dad…Rob…Gabriel…Holt…Chelsea.
“Looks like it’s just you and me, Damien. You can surrender and die in peace or you can fight and die anyway. Your choice.”
Save him. Luna’s voice inside of Damien’s mind drew his attention. Save him. I beg of you. Please.
Damien’s body became surrounded with a radiant light so bright it forced Lilith step back. Her wing covered her face. He braced himself on his front legs, roaring at the monster in front of him responsible for taking so much.
The light became so intense not even the lycans could stare at it.
When it finally faded, Damien stood in his true lycan form. His white fur blew in the wind like mist at the tip of his stiffened ears to the end of his tail. The dark markings of his wolf form only seen on the tips of his ears, feet and tail. The fur on the back of his neck was thicker, almost resembling a mane.
“By the gods, he looks like…” Lune stood in awe.
“Tenebris.” Gabriel’s finished, his voice nothing but a whisper.
Stoker used the opportunity to sneak off, nursing the wound on his arm inflicted by Gabriel when he shifted into his full lycan form.
The vampires hissed at the light rising from the east, trying to flee towards the waning night. They had fallen right into Damien’s plan and were intercepted. Howls and snarls joined dying screams as the vampires were overwhelmed.
“What trickery is this?!” Lilith’s fangs spat as she tried to speak.
Damien ignored her, seeing the fear in her eyes as he made his way over to Kain on the ground.
The alpha was so weak he couldn’t retain his shifted form.
“Kain.” Damien’s voice was a comfortable echo. Warm and reassuring. “Alex. Can you hear me?”
Kain opened his eyes, slightly jumping. “Tenebris?”
Damien shook his head. “No. It’s me.”
“Damien. How?”
Damien took Kain’s jacket he was always wearing around his waist and covered his friend with it. “Stay here. Don’t move and don’t die.”


He stood back up and went to face Lilith. The lycans in his way stepped aside, their heads bowed. “This ends here, Lilith. You won’t hurt anyone else.” 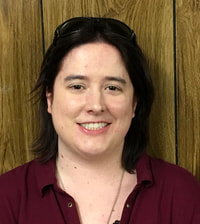 FyreSyde Publishing owner and founder Blaise Ramsay worked over fifteen years in the graphic design industry, with some experience in indie gaming. Recently she shifted her attention to the world of literature with her debut paranormal romance series, Wolf gods. The debut title, Blessing of Luna is released in 2018 and Bane of Tenebris released in August 2019 . She currently lives in North Texas with her two children, her husband and pets. A UTD graduate with a Bachelor's in History with an intention on teaching, Blaise decided that the world of teaching just wasn't for her. A stay at home mother of two, business owner and self-publisher, Blaise loves to meet new people and encourage others to follow their dreams through weekly posts to her instagram, twitter, facebook and blog.