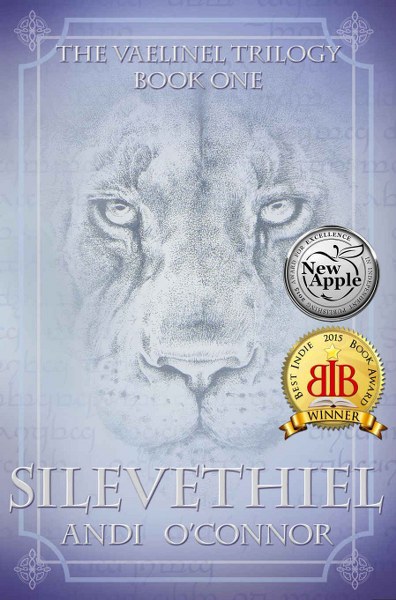 Following her father's murder, Irewen is betrayed and left for dead in the forests of Mistwood. Rescued by an elf, Irewen awakes an exile with no home, no country, and no people. But as the horrific memories of murder and betrayal return, she realizes the nightmare is only beginning.

The world of Vaelinel is failing--its fate bound to her in ways no one fully understands. A mysterious elven prophecy may provide her with some answers, but continuously hunted and fighting for her life, Irewen quickly learns that unearthing the truth will be more difficult than she ever imagined.

Can she accept the friendship of the Wood Elves, or will she stand alone against the terrifying evil now threatening to destroy the entire world? 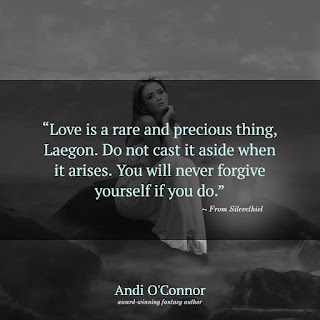 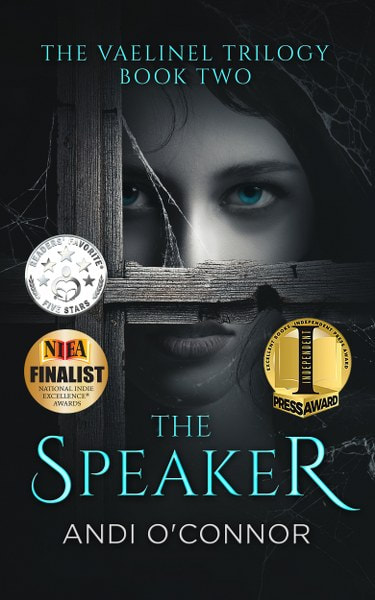 The Speaker
The Vaelinel Trilogy Book 2

The Vaelinel Trilogy continues with this absorbing sequel to Silevethiel!

Alone and hunted by the Drulaack, Irewen takes advantage of her only option for survival. Pushing her concerns aside, she lets the dead keep her.

But her refuge doesn't last long. Driven out of their hosts by Laegon, a handful Drulaack have returned to the Spirit World. No longer having the protection of the dead, Irewen is forced to return to Vaelinel.

Finally reunited with her companions, the burdens placed on them are taking their toll. Thoughts of suicide and mistrust plague the company. Slowly unravelling, they must conquer their personal battles before standing against the evil threatening the land.

For the Corrupter thirsts for revenge. And he'll stop at nothing to satisfy his hunger. 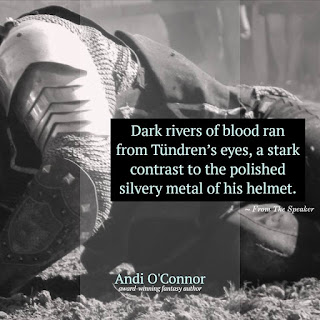 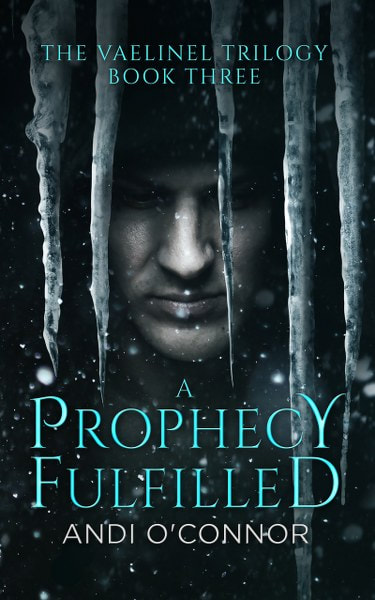 Regrouping after their escape from the Light Elves, Irewen and her companions fear the worst after black smoke plumes on the horizon. Allowing compassion to rule over reason, they ignore Finnwyn's warning and return to Lilendvelle, hoping to help some of the survivors stranded in the city's wake. Instead, they run into a trap.

Completely surrounded by an endless army of Drulaack, they fight for their lives, but their efforts aren't enough. Irewen is captured and dragged into the heart of the Corrupter's lair.

Having his prize, the others in the company are granted their freedom, but at a great cost: the one named in the prophecy who is meant to unite the elf forces and stand against the Corrupter is lost to the world - trapped beneath the Corrupter's talons.

With the aid of his mother's spirit, Brendell must now find a way to gather an alliance strong enough to march against the Corrupter and his army, but his time is running out. Each day that passes brings Irewen closer to death.

And the world closer to destruction.

Unexpected chills ravaged Greldir’s body. He stiffened, intently searching his study for the slightest sounds of disturbance.
Nothing.
Long minutes passed, his chills refusing to abate. The temperature in his room shot up. Beads of sweat trickled down his forehead. After slowly closing his leather-bound journal, he placed his hands on the smoothly polished wooden desk and pushed himself up from his chair.
The moment he stood erect, a loud bang resounded through the room, followed by a cold rush of wind. The candlelight flickered and died, leaving him in total darkness, save for the sliver of moonlight filtering through a small gap between the curtains.
Greldir peered into the blackness. Everything fell still once again, causing his short breaths to echo like thunder in his ears. His heart pounded in his chest.
Something emerged behind him.
He held his breath, trying to discern who or what it might be, but his efforts were in vain. He’d never known a silence so intense. It called out to him, begging to be released from its own prison.
A baritone laughter filled the room. “You were always easy to scare.”
Greldir couldn’t force himself to turn around, even if doing so would have been beneficial. “Who are you?” he croaked, hardly recognizing his own voice.
“Oh, come now, you can’t have blocked me completely from your memory, although I’m impressed with how hard you’ve tried.”
“I don’t know what you’re talking about.”
“Do you not? Brother?”
“Kildür.” The name barely managed to escape Greldir’s lips.
“That was my name once. Now, I am the Corrupter.”
Greldir shuddered, and the hairs on the back of his neck stood on end when his brother’s presence leaned closer. “You’re dead.”
“I was. That much is true. But I am dead no longer.”
“That can’t be. I locked your corpse in a tomb thousands of years ago.”
“And now, the body of a Wood Elf rests in my place.”
“But...” Greldir continued to stare straight ahead into the darkness, afraid to move. Afraid to believe.
“I see you still don’t trust me. That was a problem I always had to deal with. No one ever trusted me. No one ever accepted me. No one ever loved me.” The bitterness rising in Kildür’s voice was startling. “Turn around and look at me, if it will put your mind to rest. Face your demon from the past.”
Slower than he thought possible, Greldir turned and gazed at the black figure silhouetted by the thin trickle of moonlight. Small yellow flames once again graced the candles placed about the room, finally revealing his brother’s face. Greldir’s breath caught in his throat. The harsh features of the elf he’d all but wiped from his memory stared back at him.
The overly pronounced nose, olive skin, full cheeks framed by thick black hair, and light brown eyes set beneath bushy black eyebrows were exactly as he remembered.
“Your scar is missing.” The words were out of Greldir’s mouth before he realized he’d spoken.
“Yes,” Kildür snapped, anger flashing in his eyes. “You gave me that scar, brother. I wasn’t about to keep a feature with such unhappy memories attached.”
Greldir’s eyes widened in shock. “I did no such thing!”
“Oh, but you did. You were jealous because our uncle gave me a toy boat for my birthday that he’d hand-carved himself. Once, I was shown the tiniest amount of love by someone, and you couldn’t handle it. You ripped the boat out of my hand, broke it in half, and sliced the ragged edge down my cheek. All the while, you laughed, mocking my darker features so unusual among the Light Elves. You proudly stated that you’d given me something which would match my natural ugliness.”
“You must be mistaken.” Greldir couldn’t mask his defensiveness as faint memories of that day began to trickle through his mind. “I never would have done something like that.”
“Of course you wouldn’t,” Kildür sneered. “You were perfect. Beyond any wrongdoing or fault. You were everything our parents wanted in a son. I was a mistake. An unfortunate accident they were cursed with for the remainder of their long, tedious years. No matter what I did, it was never good enough. Never right. Never deserving of their praise.
“You, on the other hand, could do no wrong in their eyes. Our parents gave you nothing but praise. You had no way of understanding the pain you caused me. You were told to believe that it was normal. That it was right.” Kildür’s expression darkened. “But regardless of what you were taught, you were cruel to me. Crueler than anyone else. And I never forgave you. And I never forgot.”
Greldir’s palms turned clammy, and he nervously wiped them on his trousers. “We were children,” he said. “Surely, you can’t still hold a grudge now, tens of thousands of years later. All siblings tease each other. Even my own sons continue to tease one another, and they’re both nearly five thousand years old.”
“No, my brother. The time for excuses is over. What you did to me was far more than playful teasing. It was abuse. It was torture. And I will have my revenge.”
Greldir couldn’t speak. The paralyzing fear consuming his body was unlike anything he’d ever experienced. The room felt like it had expanded to a hundred times its original size. He stood in the center, surrounded by a pack of furious Guardians hungry for his blood. They slowly closed in around him, snarling as they inched nearer. There was nowhere for him to hide. Nowhere to run. No way he’d succeed in a fight.
All he could do was cling to a feeble hope that what remained of Kildür would spare his life.
Kildür slowly leaned forward. His face hovered inches before Greldir’s. Shadows from the flickering candlelight danced about Kildür’s already menacing features. His lips curled back, revealing a devilish grin.


“Welcome to Hell, my brother.” 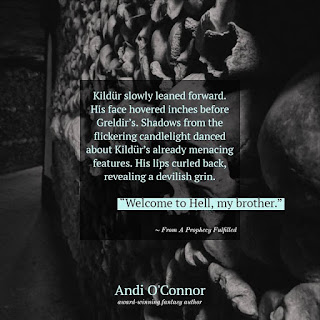 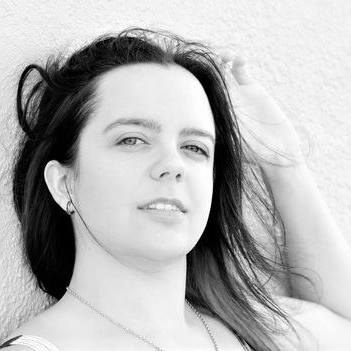 Andi O'Connor is a multi-award winning author of epic fantasy novels and short stories with a healthy dose of paranormal mixed in. She sits in front of her typewriter (yes, typewriter!) every day and loses herself in her worlds and characters in hopes that her readers will fall in love with them as well. When she's not clacking away, you can find Andi dancing her butt off in the ballet studio. Rest assured, she's not the next Natalia Osipova, but she has a mean collection of leotards and always finds an excuse to buy more.

She loves bats and dreams of turning her yard into a certified bat habitat. She has three dogs who constantly work hard to drive her insane, but their fluffy cuteness outweighs any insanity they can bring. Her husband 'Honeybee' is wonderfully supportive of her author life, and her son 'P' may or may not have claimed her typewriter as his own on several occasions. Deadpool is her spirit animal, and her motto is Embrace Your Crazy. We're all unique and crazy in our own ways, and Andi hopes others will join her by being proud of their quirks and embracing their crazy! 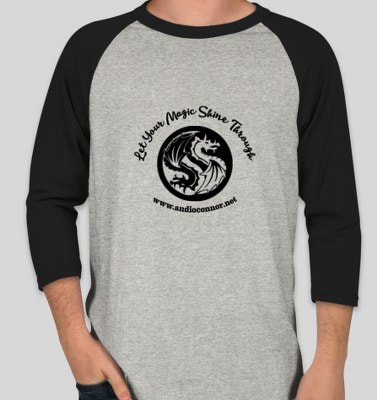