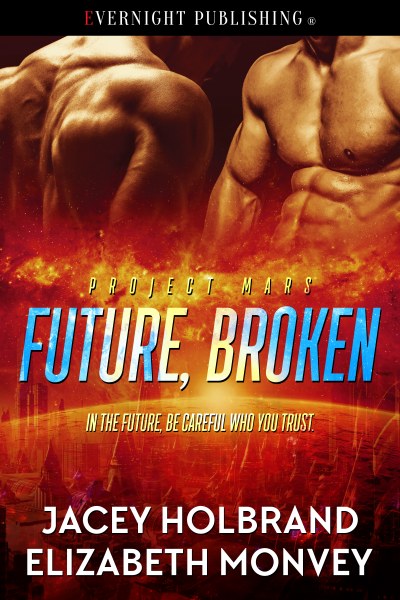 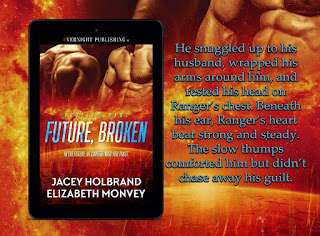 “I’m glad I came to my senses as well.” Ranger stretched across the bed and grabbed the lube from the nightstand, while Nate got comfortable on his stomach. He clicked open the bottle, then drizzled the cool liquid into the cleft of Nate’s ass. Ranger worked it into the crack and the hole, first with one finger then a second.
“Mmm, I love it when you finger me,” Nate said, slightly wiggling and lifting his butt up.
“Eager, aren’t you?”
“Uh-huh.”
“Me too. How about you lay on your back?” Ranger removed his hand.
Nate flipped over.
Ranger prepped his cock with lube as Nate dreamily stared up at him.
“My ass feels empty without your fingers in me. I can’t wait until your cock takes their place. After all the fighting and upset that’s occurred between us, I’m looking forward to feeling connected to you again.”
Ranger placed himself between Nate’s legs and manipulated his body for better access. “I’m looking forward to the bond, too,” he replied, edging his cock into Nate’s ass. He sucked in a stream of air as the sphincter muscles fought the entry. Almost as if they’d remembered the last intrusion. Unlike the other time, though, Ranger took it easy, gently rocking his pelvis to and fro. The muscles relaxed, allowing Ranger to fill his husband.
Nate’s ass clenched and milked Ranger’s length. Ranger slipped his hand between their bodies and encircled Nate’s cock, giving him a hand job in syncopation to the ass-fucking. Tingly sensations whirled within Ranger’s body, threatening to overwhelm him, but he’d make damn sure Nate climaxed before he did. Nate grasped the bedsheets, closed his eyes, and groaned as Ranger worked himself in and out of him. Several times, Ranger went balls deep, and Nate smiled when he did so.
“I wish you could stay within me forever, Ranger. I never want you to leave me or me to leave you.”
Ranger hummed in agreement, fighting off the urge to release himself into his husband. “I feel like I’m about to explode again,” Ranger whispered, seating himself as far in as he could go and pausing to rest. “But I really want to enjoy our time together. Make it last forever.”
“I was thinking the same thing,” Nate returned in a quiet voice and then kissed Ranger.
The touch of their lips sang through his veins. He swept his tongue into the recesses of his husband’s mouth, exploring and tasting him for all he was worth. He slowly went back to pumping in and out of Nate.
He loved being linked to his husband in this manner, feeling his thick cock in him, his heat, knowing Nate was enjoying their time together as much as he was.
After sliding his mouth along Nate’s cheek to his ear, Ranger said, “I … I can’t hold back anymore.”
Nate wrapped his arms tightly around him. “Then don’t.”
Ranger picked up his pace for a bit and then gave one final core touching push. Emotional and physical passion rushed through Ranger. Euphoria filled him and seeped out through his skin in a heated blast. Nate must have been experiencing something similar because he’d grown hot to the touch as well and spilled his seed onto his abdomen.
Knowing Nate had found his pinnacle of pleasure, he came himself, then collapsed on top of Nate, not bothering to slide out of his ass.
“Profound,” Ranger whispered.
“How so?”
“It seemed … intense. Not that I haven’t had mind blowing orgasms with you in the past, but this… I don’t know.”
“I think I understand. We’ve evolved in our relationship because we communicated about certain feelings. We’re experiencing a different level of love now. It makes sense it would reflect in our lovemaking.”


Ranger pecked Nate’s forehead and withdrew. He rolled onto his back, bringing Nate with him to rest in the crook of his body.