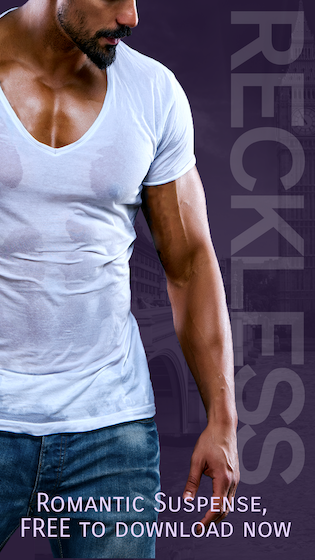 If the mission doesnt kill him, his sexy partner just might!

Dimitri Raast and Megan Donaldson have a common enemy—the head of an organisation that specialises in human trafficking and sexual slavery. They have similar motivation—Dimitris sister was taken by the organisation, and Megans sister is threatened by it. They have the same goal—eliminate their enemy and save their sisters. Given they have so much in common, you would think working together would be a piece of cake.

You would be wrong.

While Dimitri brings skills and experience from years as a US army ranger to their partnership, Megan brings a background in failed career choices and an ability to cause trouble wherever she goes. Yet, even with so much at stake, Dimitri cant resist Megans particular brand of crazy. Shes wild, shes sexy and shes fearless. An irresistible combination for a man who lives his life completely in control. Now, after almost a year with one all-consuming focus, Dimitri finds himself torn between rescuing his sister and protecting the woman he wants from herself.

Before she gets them both killed.

FREE for a limited time only!

I dont like being bait.” Even though that was exactly what she was.

Youre not bait. Youre my partner. Were in this together. You saving your sister. Me saving mine. Partners.” To his credit, Dimitri even managed to keep a straight face while he said it.

They were stuck in the endless traffic around Piccadilly Circus. Why is this called a circus anyway? I dont get it. It isnt a square, or a roundabout, so I can understand that the town planners wouldnt want to call it that. But circus, that makes no sense at all.” She turned in her seat to face Dimitri. Do you think there was an actual circus based here at some point?” She couldnt see it. The grand Victorian buildings, with their white stone facades and weird little turrets and domes, didnt look like the sort of place youd house animals.

Can we focus on the job?” Dimitri swerved around a double decker bus and into Shaftesbury Avenue, the home of London theatre.

I came down here to see a play once, when I was in secondary school,” Megan said. Shakespeare. I cant remember which one. I was more interested in getting the attention of Hamish McIntosh at the time.” She remembered the kiss theyd managed to sneak in, in the theatre foyer when the teachers werent looking. Good times. Now Hamish was a farmer up near Aberdeen and Megan was bait.

She spotted a large banner over a theatre. Helen Mirren and Libby Collins are doing a play.” With a grin she turned to Dimitri. When this is all over we need to go. Theyre two of my all-time favourite actresses. Helen Mirren especially.”

Seriously? How can you not know who Helen Mirren is? Shes like acting royalty.” She gaped at him. Youre one of those guys, arent you? I should have realised.”

He drummed his fingers on the steering wheel, irritated with traffic, and probably with her. What guys?”

Youre making this shit up.”

A sceptical look was all she got for her efforts to educate the guy. Thats it? Comic-Con geeks and John McClane wannabes?”

She waved a hand. Im over simplifying. The point is, youre a Die Hard guy. Prove me wrong. Name a movie youve seen that was made after Die Hard.”

Honestly, she could almost smell rubber burning while he thought about it. At last, he grinned in triumph. 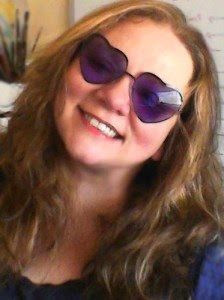 Janet is a Scot who moved to New Zealand fifteen years ago. Among other things, shes been an artist, a teacher, a security guard at a castle, a magazine editor, and a cleaner in a drop in center for drug addicts (NOT the best job!). She now writes full-time and is working on her 19th book. Her books have won several awards, including the Daphne du Maurier award for excellence in mystery and suspense. When she isnt living in her head, she raises two kids, one husband, and several random animals. She survives on chocolate and caffeine.