The King of Eldarlan hates parties. Superficial conversations and social niceties never come easy for him. When cursed to host human princesses at a party every night, he considers it mild torture until an unusual princess appears one night. Wrapped in a worn robe with bare feet and tousled hair, she intrigues him immediately

Kate had been a princess only a matter of hours before being pulled from her bed by a magical spell. It drops her in an enchanted garden populated by silent elves and princesses of various ages. Attempting to avoid the unsolicited advice of her new peers, she retreats to the dark hedge maze where she encounters her host.

The Elf King’s Sacrifice is a light, fantasy romance novella with a romance between a powerful elf king and an unusual human princess. It features friends to lovers amid curses and chronic illness. Also included is a marriage of necessity, an adorable puppy, and a relaxed alpha hero.

Wide-eyed, she searched the shadows where I stood, offering me the perfect opportunity to examine her without her knowledge. Barefoot and bundled in a worn velvet robe the color of emerald moss, her form was obscured by the plenteous fabric. She was a tiny thing, even for a human. Was she even full-grown? Mentally measuring her against the adult princesses infesting my palace grounds, I knew for certain she wasn’t nearly as tall. Had I gained yet another child princess to care for?

“My apologies. I was told I could explore. Was that incorrect?” Her dark eyes watched the hedge a little to my left. A slight frown pulled at her generous mouth. She peered into the wispy shadows that I had gathered around me when she had first intruded on my haven. Not a hint of fear flickered among the interest in her inquisitive gaze.

“That depends,” I answered.

Her eyebrows, slender wings of darkness against her pale skin, rose. “On what?”

She considered this for a moment, tilting her head slightly to the side. Her eyes glinted beneath dark lashes. I couldn’t discern their true color, but they were alight with intelligence and a flicker of amusement. “There is something exceptionally odd about introducing oneself to a hedge. Might I see your face?”

I let my shadow form to slip slightly, allowing her to see the outline of my figure against the backdrop of leaves.

She gasped softly and took a half-step backward. “You are taller than I thought.”

“You are short for a human,” I observed. “Are you full-grown?”

Instead of acting offended and running off, the reaction I had come to expect from my other guests whenever I had spoken to them, she laughed softly. “At thirty years, I am unlikely to grow anymore. I am not familiar with your kind, sir, whatever you are, but humans usually attain their full height before they reach twenty years.” 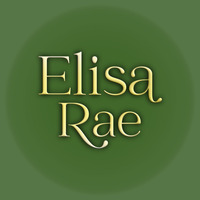 A reader of fairytales and folklore, Elisa Rae loves a happy ending. Noblebright characters, dastardly villains, and chemistry between characters delight her. When she isn’t writing, she loves to watch superhero movies and literary dramas.

If you like romantic adventures of various kinds, join her at: authorelisarae.com!