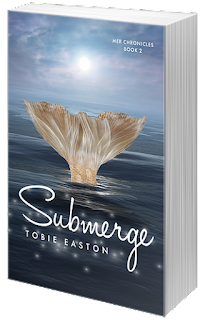 Now that Lia and Clay’s love has broken the Little Mermaid’s curse, everything has changed. Will Lia’s family remain on land, leading the only life she and her sisters have ever known, or will they move below the waves, to the sparkling new capital city? Lia is adamant about staying on land with Clay for her senior year. But at Melusine and her father’s trial, new revelations threaten what Lia holds most dear.

The verdict will shake Lia’s whole world, calling into question her future with Clay, her feelings for Caspian, and the fate of all Merkind. As she wonders who to trust, Lia sets out on a treacherous path that will lead her away from her sheltered Malibu home to a remote and mysterious school for Mermaids—Mermaids who may hold the secret to ancient magic Lia can use to either get back all she’s lost or to embark on a thrilling and dangerous journey. 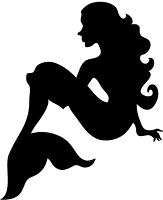 
whispered worries have led to this day. This sunset. Now that it’s


almost here, I can’t wait. Not any longer.


But I can’t control the sun either. I may be immortal now, but I


have no true power over time. All I can do is squeeze Clay’s hand and


feel his fingers interlace with mine.


“Almost,” he murmurs in my ear, his breath like the warm


California breeze that sweeps over us, rippling the blue water so it


glints silver-white in the sunlight.


Ocean below. My sisters and cousin all swim in listless circles, their


jewel-toned tails swishing beneath them, their lovely faces creased


with concern they try to hide. But I’m not in the pool. I’m sitting on


a lounger in my bikini, my legs in place and ready to run down to the


beach at a moment’s notice. Next to me sits Clay, fully dressed and


looking strangely out of place in his trademark ripped jeans, band


toward the waves. Up here, in the backyard of my family’s Malibu


estate, we’re safe from prying eyes. The beach below may be private,


but our neighbors can still see it from their windows, and not all of


them are members of our Community of land-dwelling Mer. To stay


hidden from our neighbors’ view, nothing will rise from the waves


until darkness cloaks the sandy shores. 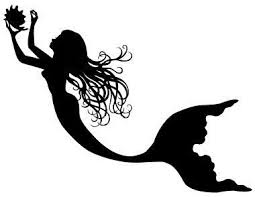 
toward my house. I punch in the security code, and he pushes


open the gate. It scrapes through the gravel until the opening is just


wide enough for him to step through. But he doesn’t. He stands


there, waiting under the white, bell-shaped blossoms of one of our


brugmansia trees. I place my hand over his on the iron gate as I


step in close. Clay brings his other hand up to my cheek, stroking it


with fingers calloused from his guitar strings, drawing me closer still.


the moonlight, then grow so near they’re indiscernible. I let my eyes


flutter shut. Let myself taste Clay’s lips against mine. Get lost in the


richness of every touch, every press of his tongue and graze of his


A suspiciously familiar, syrupy voice lurking in some hidden


crevice of my mind asks me if I really think I’m doing this right. If


maybe he’s comparing me to her. Surely she must have been a better


kisser. But I push that voice back into its dark cave as I wrap my arm


around Clay and he brings his hand back to cup my head, tangling


his fingers in my hair as my chest presses against his.


Finally, in a flurry of breathless, whispered goodbyes, our mouths


himself away and down the street. With one final flash of hazel and a


promise to see me in the morning, he disappears around the corner.


Later, after several hours of carefully smiling while catching up


with my parents, I lie in my sea sponge bed in the hidden grottos


beneath our house and try to sleep. As a layer of satiny salt water


covers me like a blanket, I force myself to replay tonight’s kiss instead


of imagining what risks the next few days will bring. 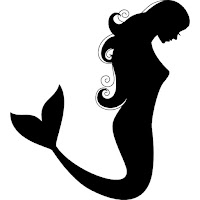 
are getting caught up at the Foundation, I plan to sit right here,


all snuggly on Clay’s couch and not think about what’s coming. Not


think about how tonight, more Merfolk from across the ocean floor


will surface here in Malibu. Not think about where I’ll be this time


Nope. All I’m going to think about is Clay and maybe how I


can get to know his lips even better. I scoot closer to him on the


couch, rest my head on his shoulder, and inhale. He played me one


of his new songs on the guitar earlier, and the cinnamon scent of his


guitar polish still lingers. He strokes my hair, and this den—his den,


with its overstuffed, checkered furniture, humming AC, and glowing


television—turns into the most relaxing place in the world. Sitting


next to Clay, I can forget for a few minutes that I’m a Mermaid and


just be a normal girl.


I sit up so fast, Clay’s hand gets tangled in my hair. Ow. “You’ve


seen my tail plenty of times,” I say as he works his fingers free.


It’s true; he’s seen it whenever he comes over and I’m swimming


my parents. But now that we’re alone and there’s no water in sight,


“I’ve never seen it up close,” he says, twisting his thumb ring


around in a circle. He’s right—and that’s on purpose. I’ve been making


a point of keeping our alone time as human as possible. We hang out


at the pier, walk on the promenade, grab sushi or burgers—y’know,


lot to take in. What if I scare him off? What if up close, he thinks my


Since I haven’t said anything, he pushes on. “Every time I see you


with your tail, we’re around your family, and I feel like I shouldn’t


stare.” He lets his fingers sweep through his own dark hair, then


I raise my gaze from my lap. “Did … did you say beautiful?”


The corner of his mouth quirks up. An expression I know well.


I look down at my lap again, and he rests a hand on my thigh, the


heat of his palm warming my skin through the thin jersey of my skirt.


“I think you’re beautiful,” he says.


All of me? I want to ask. Even the parts that are more halibut than


I love my tail, but it’s always been this secret part of me, the part


I have to keep hidden. How will this human boy in front of me—this


handsome, patient human boy—react to seeing it up close? I guess


there’s only one way I’ll find out. 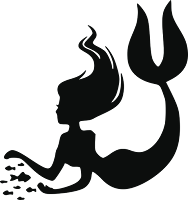 4.         It’s much easier than I expected to do what Ondine advises and settle


in to a life on the island. Especially once I’ve gone up top.


look like; when I heard this place was a California nature preserve,


turtles. Boy, was I wrong.


Maybe the periphery of the island by the shore looks like that,


but that isn’t where we spend our time.


Every other day here, classes end early, letting out midway


through the afternoon. That’s when the other girls and I head for the


island’s surface. We swim through an underground tunnel that lets


out at the very center of the island.


In the most breathtaking lagoon I’ve ever seen.


from passing ships or the occasional visiting scientist. Many of the


cascading crystal waterfalls I’ve marveled at in the caverns beneath


the island originate here, flowing down from the mountains and into


the rippling water, creating caves in secret pockets behind.


Wildflowers of every color line the banks, and species of sea


treetops. Like Ondine herself, this lagoon strikes me as something


straight out of a storybook. Mermaids play tag beneath the waterfalls


bask on the banks while they run white fishbone combs through


As fantastic as our swimming pool is at home, this? This is


better. Never before have I been allowed to release my tail under


the sun out in nature before, warming my golden scales in golden


cool, refreshing waters of the lagoon. It’s like travelling back in time


through the centuries, to before Mer hid our existence from humans,

I would recommend reading book one before even looking at this one. This is a continuous story following Lia and Clay.

The spell has been broken, and the Mer's immortality restored. Now the trials are about to begin everyone is hoping for the order to be restored. Lia wants the guilty to be punished, and to finish her senior year with Clay. Her family are hoping to make the waters safe again so the Mer can have peace.

This book is full of twists and turns. The story is long and juicy. Lia lives in a complicated world, and she has to work out who to trust before it's too late.

5 out of 5. Loved it. ARC received as part of the Chapter by Chapter blog tour.