The Rules of Rebellion ♥ Review Tour Plus Giveaway 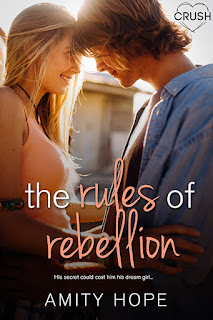 The Rules of Rebellion

Leo Zimmerman has had a crush on his curvy best friend Kylie Jenkins since forever, so When he discovers the girl with a flair for baking has a newfound plan to rebel against her overbearing parents, he’s determined to be the one to help her carry it out. Who better than a self-proclaimed rebel like himself to show her the ropes of letting loose?

Sure, taking her to her first high school party, helping her sneak out of the house, or watching a sunset together isn’t exactly a hardship, but much harder is masking his feelings the more time they spend together. And when he suggests adding “kiss a boy” to Kylie’s plan and she accepts…suddenly all his dreams seem to be coming true.

But Leo’s got a secret that could change everything between them, and it’s only a matter of time before it comes to the surface. 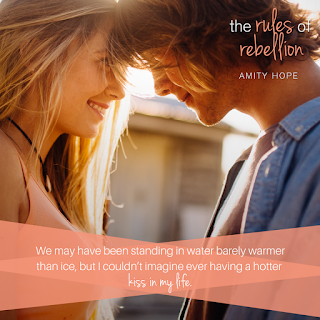 Excerpt from The Rules of Rebellion:

Her dimples popped into place, her smile so bright it about knocked me senseless. She bounced a bit on her tiptoes, and for one hopeful second I thought she’d maybe hug me. Unfortunately, she reined in her enthusiasm.
“That’s the nicest thing anyone has ever said to me,” she said. “I’ve got to run. My sister is probably pacing in front of my car by now. See you later.”
She scurried off, and I was disappointed the conversation had ended so quickly. I didn’t mind watching her walk away, though. I loved how the girl filled out a pair of jeans. She had more bounce in her step than most of the cheerleaders. Kylie was just plain…perky. She always seemed to be happy and smiling. I’d suspected Kylie was one of those rare people who was always fun to be around. Spending time with her these past few months had proven I wasn’t wrong.
She finally rounded the corner, slipping from my view. As I twisted back around, something crinkled beneath my foot. On the floor, directly where we’d been talking, was a pink slip of paper. It looked suspiciously similar to the one that had been sticking out of Kylie’s notebook earlier today.
I swiped it off the floor as I cast another glance down the hallway. It was too late to call after her. I’d have to give it back to her later. I reflexively glanced at the page, assuming it was a recipe, but wanting to be sure it wasn’t something important. Something she might need immediately.
Senior Checklist.
I glanced down the hallway again, confirming that she was out of sight and that she hadn’t realized she dropped the paper and was coming back. The hallway was clearing out, most of us anxious to get out of here at the end of the day.
With no sign of Kylie, I leaned against my locker and glanced at the sheet in my hand again. I was expecting to see items like Choose date and time for graduation party. Or Tour college campus.
I did not expect to see the items that were actually listed.

If I’d had any idea her list was going to be so private, I wouldn’t have read it. But once I’d seen it, I couldn’t exactly un-see it.
So I read it again. 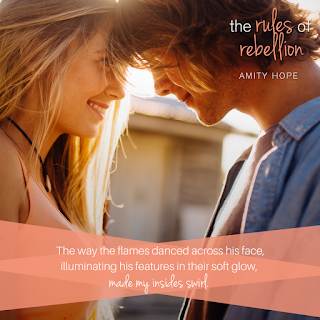 I like Amity Hope's stories. I've read a few now. The rules of rebellion can definitely be read as a standalone. The rules of persuasion is about the main character's sister but it isn't necessary to read it to enjoy this story.

Kylie is feeling a bit left out. Her best friends all have boyfriends and Kylie wants a little more excitement in her life. She always follows the rules and lives on the safe side of the fence. She makes a list of rebellious acts she would like to try but before she can finish it the list goes missing.

Leo has had a crush on Kylie as long as he can remember but doesn't think he's good enough for her to take the risk of losing their friendship. Kylie doesn't have a clue he feels this way. He is in a similar boat with his friends because they all have girlfriends. His family life isn't working out the way he would like. His family are only supportive of the hobbies they want him to do. Leo is a bit of a pushover. He's super nice. Super sweet and cute as a button. He finds Kylie's list and although it will be embarrassing for both of them, he takes a risk and returns it to her. He has a plan to help her reach her goals. This is Leo's shot at getting some one on one time with Kylie.

This is a sweet romance. Kylie pulls all the strings. Leo shows how great he is and the pair gets on really well. This is Kylie's story of getting everything she wants by taking a risk. 4 stars out of 5. 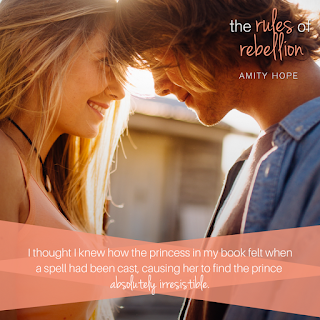 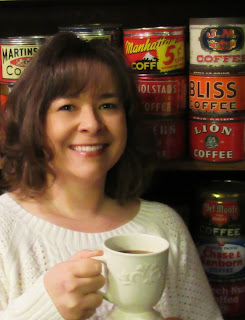 Amity lives in beautiful northern Minnesota with her two sons, two cats and their Rottweiler.

She has a degree in elementary education and worked in that field for ten years before deciding to self-publish.

If she's not writing or spending time with her boys, she's most likely reading. 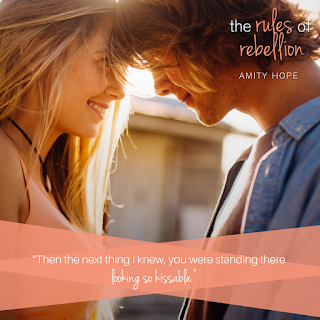