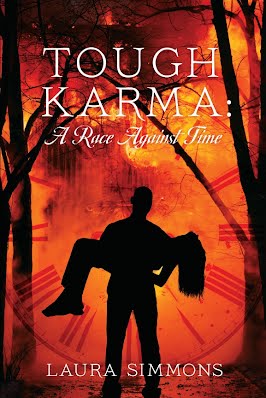 A chilling tale of loss, tragedy, psychic warfare, and eternal love. Amber Macklin’s world is cruelly shattered when she loses her baby girl three months after her husband’s sudden death. Her cousin, Bryce, comes to her rescue, moving her into his home for fear she will kill herself from the grief. He provides solace and a shoulder to cry on, and he has loved her as more than a cousin for a long time. Amber and Bryce soon discover they are not blood relatives, which opens the door for romance as he pulls her through her darkest hours. When Mike, a college friend of Bryce’s, stops by to visit, Amber senses a deadly secret behind his nice guy persona. She has a frightening dream that Mike is trying to kill her and recurring sleepwalking episodes where she draws detailed pictures of him torturing her. Deeply troubled, Bryce uses his ability to astral travel to investigate Mike and uncover his terrifying past. Mike has had his eye on Amber for some time, and when he learns that Bryce and Amber have become lovers, he is furious. Mike abducts Amber and takes her to his rural Georgia hideaway, and Bryce must rely on his astral abilities to track her down. But will he be too late?

Drifting off to sleep later that night, he relaxed and focused on leaving his body. He welcomed the familiar buzzing sound followed by a state of body paralysis and then the light, floating feeling enabling his astral body to sit up, get off the bed and walk through the wall into her room. Standing over her bed, he projected a field of white light around her sleeping body. On the astral plane, anything you think about can instantly materialize, so you need to be in a good mental state and in control of your thoughts before attempting it. It started as a weak transmission and gradually became stronger and brighter as he focused more intently on creating it. He sent loving thoughts to her and discovered that it made him feel good too. He generated this field around her for about fifteen minutes and walked back to his room, reentering his physical body and succumbing to a normal sleep state. A few hours later he woke up to find her naked in his bed, thinking he was James, and wanting to have sex with him.


“James, wake-up, you have to do me,” she whispered in his ear, pressing her naked body against the back of him and wrapping her arms around him in a spoon position. “Wakey, wakey, and do your wifey.”

Sitting up and turning to look at her, he saw she was completely naked and smiling, “You are a sexy man, come on, James, do me,” she said seductively, reaching for his privates. He liked to sleep in a pair of boxers.


Catching her hand before she could touch them he said, “Wake up! I’m not James,” and she continued staring at him.


Sulking, she said with a sigh, “You’re no fun anymore; I guess I’ll just sleep next to you then.”

“Do that. I need to get some sleep tonight,” he replied annoyed because the sight of her was exciting him and turning back over on his side to where the front of his body would not be in direct contact with hers. She cuddled up and put her arms around him in a spoon position. He held her hands to keep her from reaching below his waist. He was unable to fall back asleep and laid there in the dark trying to distract his mind. He wanted her, yet was too honorable to take advantage of the situation.

She began snoring after a few minutes, and he got out of bed, picking her up and carrying her back to her room. Her nightgown and panties were strewn across the floor, and he put them back on her . . . No one would believe this. I’m putting clothes ON a beautiful, naked woman, who crawled into my bed! He placed her back in bed, pulling up the covers and thinking the whole situation was funny. He watched her sleeping for a few moments, kissed her lightly on the cheek, and left the room. Walking back to his room he laughed thinking . . . What’s next? Is she going to sleepwalk every night? Was that a result of the white light?


Eventually, he fell back to sleep, missing the next episode. About two hours later she took her notebook and a few pencils and walked downstairs to the living room. Sitting on the sofa, she drew a picture of Belle, Mike’s angry face from her dream, and a strange, dreadful picture of two people, a man and a woman, dressed in clothing from another century lying dead on the ground with a dead horse on top of them. When she finished these drawings, she left the notebook on the sofa and trekked upstairs to her room, falling back into a normal sleep. 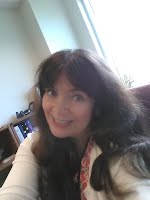 I enjoy reading books on psychic phenomena and all things metaphysical. Most of my life I've been fascinated with astral travel, dreams, the ability to see the future, and reincarnation. I've wanted to write a book since I was a child, it was the first thing I can ever remember saying I wanted to do when I grow up. I love creating worlds in my mind and writing about them. My best days are when my characters decide to have lively conversations and I type them fast and furious.