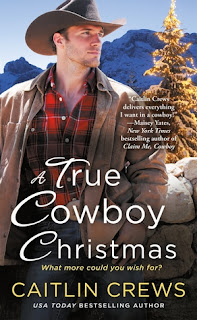 From USA Today bestselling author Caitlin Crews comes A True Cowboy Christmas, the first in a sensational series debut about a cowboy, a farm girl, and the greatest gift of all. . .
Gray Everett has a heart of gold but that doesn't mean he believes in the magic of Christmas. He's got plenty else to worry about this holiday season, what with keeping his cattle ranch in the family and out of the hands of hungry real-estate investors looking to make a down-and-dirty deal. That, plus being a parent to his young and motherless daughter, equals a man who will not rest until he achieves his mission. Now, all Gray needs is the help of his lifelong neighbor. . .who happens to have grown into a lovely, spirited woman.
For Abby Douglas, the chance to join forces with Gray is nothing less than a Christmas miracle. Much as the down-to-earth farmer's daughter has tried to deny it, Abby's been in love with stern, smoking-hot Gray her whole life. So when Gray proposes a marriage of convenience as a way to combine land--and work together toward a common cause--Abby can't refuse. But how can she convince Gray that sometimes life offers a man a second chance for a reason. . .and that their growing trust and mutual passion may be leading to true and lasting love?

“Why would you try to tell me that chemistry doesn’t matter? Of course it does.”
“I’m not saying it doesn’t matter. But sheer stubborn- ness matters more.” He heard the intensity in his voice, but did nothing to temper it. “If people want to stay married, they do. If they want that marriage to be a good one, they work on it and make it that way. It’s not rocket science. It doesn’t require your online profiles. You don’t need to get matched on your smart phone. You make a commit- ment to someone, then you keep it. It’s as simple and as hard as that.”
He watched in fascination as her hands curled into fists at her sides.
“I appreciate that you have experience being married, and that gives you a platform to make sweeping state- ments,” she said, her voice low, as if she was fighting back her own intensity. “That’s great. But you’re missing that I’m not interested in the state of marriage in a general sense. I’m telling you I am not going to marry someone I have no chemistry with. That has nothing to do with me being stubborn, not stubborn, or insufficiently committed. It’s actually all about the fact that I’m not staggering around in a grief-induced daze, proposing marriage to people I’ve never looked at twice before in my whole life.” That should have annoyed him, because he wasn’t dazed. Amos had been a mean, unhealthy old man. His death hadn’t been a real surprise. Gray wasn’t sure he was

grieving him so much as the father Amos had never been, and he knew he wasn’t crazy with it. But he couldn’t seem to lose his grin, especially when he moved closer to her.
Because when he did, she lost that scowl. Her eyes went wide, that cute flush brightened up her face again, and she had to tip her head back to look at him. Not as much as some of the other girls he’d dated had, as she’d pointed out. Gray liked that too. He didn’t have to hunker over her.
She was . . . right there.
He had an urge and went with it. He reached over and curled his fingers around her ponytail, then pulled them gently along the length of it.
And figured the chemistry question was answered by the way her breath went shuddery.
But he didn’t end it there.
“If I’m following all this,” he said, his drawl low. Thick. “You don’t actually have any objections. You think we maybe ought to date first. You’re worried we don’t have chemistry. But at the end of the day, you’re not opposed to the idea.”
“It’s crazy. And I’m worried that you’re crazy, in a clin- ical sense.”
“If you agree to marry me, I’ll take you on a date or two. If that’s what you want.” His hand was still tangled in her hair, and he was close enough now that he could catch her scent. Gray breathed deep. She smelled like rosemary. And something that reminded him of the pies she and her grandmother had brought over the day after the funeral, warm and good. Right. “But we can settle the other question right here.”
“What do you mean . . . ?”
Gray didn’t wait. He didn’t answer her question, half stammered out with her hazel eyes so wide they looked like summer gold.

He used his free hand to cup her cheek, flushed and smooth beneath his palm. Then he bent—only a little, which struck him as unexpectedly hot—to take her mouth with his.
He felt her tremble. And there was something about the way she melted into him as their lips touched, then brushed, as if she was being pulled by some kind of magnetic force he was half certain he could feel himself.
Gray had only meant to kiss her to make a point. The way a gentleman might, not that he’d ever met too many gentlemen out here where the mountains and the land were the only things that mattered.
But Abby’s lips were soft and velvety beneath his. And she made a tiny sound in the back of her throat that he could feel like a flickering flame.
Before he knew it, Gray was angling his head to one side and licking his way into her mouth.
As if he couldn’t help himself.
And everything got hot. Bright. Impossible.
This was Abby Douglas. Abby Douglas. There was something deliciously wrong about it being Abby that made it hotter, wilder.
It rolled in him and made a joke of him imagining he was in control of any of this. Of her.
Of this sudden storm of sensation that would have taken him off his feet, if that didn’t mean he would have had to let go of her.
When the door slapped open, both of his hands were sunk deep into her hair, and Abby was up on her toes, pressed against him, her arms wrapped around his back.
It turned out Gray wasn’t going to have to worry about easing his way into some or other form of eventual chem- istry with the woman he already knew would make him a good rancher’s wife. He was going to have to worry about

what the hell to do with all this chemistry—so much it was like a lightning storm and he kept getting hit—with a woman he’d never paid the slightest attention to until his father’s funeral.
The fact that the front door had opened penetrated the heat and fog that was swirling around him.
Finally.

I know it's early to be reading Christmas romances, and I wasn't trying to get in the spirit or anything, but this book was beautiful (I read this book back in August).
Gray is the perfect cowboy. I love when authors get a character just right and he's everything I expected. Gray is a brooding alpha male who is set in his ways. His father has just died and left the ranch to his 3 sons. Gray is the only one interested in working the land. It's what he has always done. He has a daughter and would like a wife to help with life. He isn't looking for love. He wants a partnership. Someone practical and only one woman fits the bell.
Abby lives next door to Gray. She's secretly been in love with him for as long as she can remember. She's younger than him and has already seen him marry someone else. His marriage wasn't perfect and Abby watched it spiral out of control. It's now years later. Out of the blue Gray turns up on her doorstep and ask her to marry him. Abby never imaged this moment in her wildest dreams.
He wants a wife and she can't say no.... not that she's saying yes. If the man of your dreams asks you to marry him for whatever reason, could you really say no? The dream and the reality are about to come head to head.
Caitlin Crews is very good at descriptive writing and the emotion in this book is beautiful. Both characters have difficult families. Abby lacks confidence and Gray lacks compassion. These two don't need love in their life but find a great match with each other. They don't know each other too well but have lived next door for years. It's essentially an arranged marriage. It's old-fashioned, but it worked in the past so why can't it work now.
A true cowboy Christmas is great. It's the start of a new series and I want more! It's the first book I've read by this author and I would definitely read more. This book is sweet and entertaining. If you like headstrong brooding cowboys then you'll fall in love with this.
This book is set at Christmas. Abby is kind and loves the Christmas spirit of giving and sharing but Gray doesn't even want a tree. Abby is all about adjusting to fit into Grays life but that doesn't mean she's going to change for him. She can make the cookies for the people who appreciate them. Marriage is about compromise and acceptance. Abby isn't alpha strong but she will make Gray think. So leave your trinkets in the cupboard and your trees in the forest. December isn't the month for festive songs and twinkling lights. Not yet anyway.
Aimed at the 18+ audience. This book has sexual content.
5 out of 5. *I received an ARC in exchange for an honest review via Netgalley. 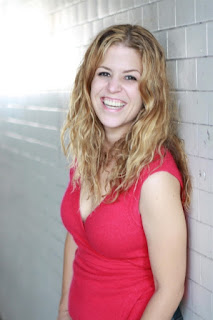 USA Today-bestselling, RITA-nominated, and critically-acclaimed author Caitlin Crews has written more than seventy-five books, including Frenemies, Princess from the Past, A Royal Without Rules, and Undone by the Sultan's Touch. She's won fans with her romance, Harlequin Presents, women's fiction, chick lit, and work-for-hire young adult novels, many of which she writes as Megan Crane (including the dystopian Viking romance Edge series). These days her focus is on contemporary romance in all its forms, from small town heat to international glamour, cowboys to bikers to military men and beyond. She's taught creative writing classes in places like UCLA Extension's prestigious Writers' Program, gives assorted workshops on occasion, and attempts to make use of the MA and PhD in English Literature she received from the University of York in York, England. She currently lives in the Pacific Northwest with a husband who draws comics and animation storyboards, and their menagerie of ridiculous animals.