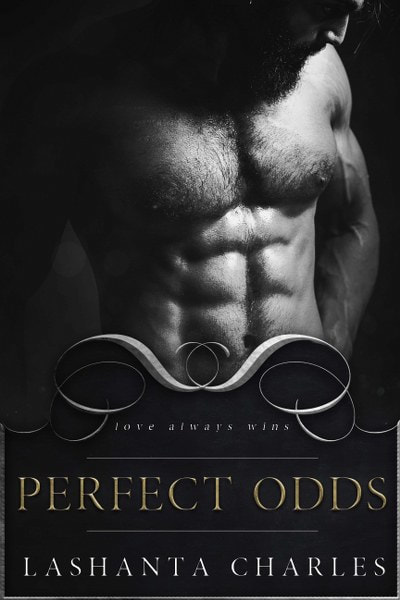 Calista Brenner refuses to let go of her past. She had her entire life figured out…except, maybe that was only in her mind. Being stood up for her own wedding should be a clue. Regardless, she’s determined to fix this. She just needs a plan and if there’s one thing she’s good at, it’s planning. It doesn’t matter that she’s a whirlwind of clumsy chaos. All she has to do is stay away from the gorgeously irritating Jayce Cranston and her wedding-her life-will be back on track. That’s exactly what she wants. Right?


Jayce Cranston has somehow let himself be bamboozled. One minute he’s enjoying his quiet existence in his home in the outskirts of Buffalo, NY and the next he’s dealing with a beautiful alcoholic and her penchant for trouble. And with his business manager out of the office, he has to actually . . . deal with people. Surprisingly, the little ball of clumsiness is making that task so much easier to handle.

Neither of them could have guessed that Calista’s past would decide it wants to be her future and will stop at nothing to make that a reality. Could she accept that maybe her carefully laid plans weren’t as careful as she thought? Will Jayce be able to show her that he’s worth a chance and, together, their oddities can be perfect? 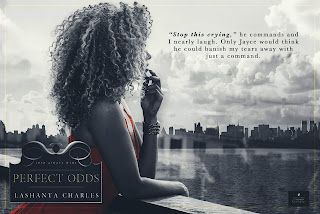 This is only my second time flying. Ever. Not surprisingly, it’s just as traumatic as the first. My eyes flit from the exit signs to the compartment where the flight attendant said the oxygen masks would deploy from. If this plane goes down I want to know exactly where I need to be. The ‘fasten seatbelt’ light goes off and a voice says something about cruising altitude. I don’t move, fingers gripping the armrests, as I will myself to let go so I can tighten my seat belt. I flex my pelvis and the two centimeters I’m able to move lets me know that I definitely need to tighten it. I shouldn’t have that much space, right?
“Good grip you’ve got there,” a voice says. An slightly familiar and impossibly gravelly voice.
My head jerks upright, eyes landing on those fathomless, glacial blues again. The first-class area of the plane is spacious, but he still manages to take up more than his fair share of the room. How did I not notice his physique before? A dove gray Henley stretches tight across his broad chest and shoulders. He stares at me, cocking his head to the side, causing a lock of his dark hair to flop across his forehead. His hands are shoved into the pockets of his well-worn black jeans, which encase long and powerful legs. He’s tall, like he has to duck a lot when he moves through certain places. Then again, a man that size probably commands everything and everyone to clear a path when he moves. Like nothing would dare risk standing in his way. I wonder what that feels like.
I try to get a read on what he’s thinking, but his face is blank. He just stands there and stares. Borderline creepy, but he’s beautiful, so it’s acceptable. Kind of. Not really. Just creepy. A bout of turbulence hits and his impressive frame is barely jarred at all while I could swear we’re minutes away from crashing into a mountain. Or an ocean. What are we flying over right now?
“You’re scared,” he says.
I’m not sure if he’s just making an observation or if he’s asking a question, but at this point I want him to go away. I try really hard to tell him that, but it only comes out as a whisper. He frowns and steps closer, leaning forward to hear me better.
“What?”
“I don’t like your eyes,” I blurt. Loudly. I would cover my mouth in hopes of keeping anything else from spewing from it, but with the plane crashing I have to maintain my grip on my seat—the cushion is a flotation device. I stare at him in horrified humiliation, waiting for his response. He stares silently for a few seconds then speaks.
“Why not?”
I expected anger or disbelief. His calm is unnerving, but I feel obligated to answer since I basically insulted him. “There’s no warmth to them.”
He studies me, but doesn’t speak. Finally, he glances around, then leans forward and bares his teeth, the corners of his mouth lifting slightly. I flinch and he quickly steps away.
“What the hell was that?” I ask.
“I smiled. Warmth,” he mumbles, his cheeks flushing slightly.
Is he blushing? I stare at him in silence as I consider his words. He didn’t get insulted when I said I didn’t like his eyes. Instead he tried to make them warmer by . . . smiling? That definitely was not a smile. My niece tends to be grumpy from time to time and when we try to get her to smile, she does this thing where she just shows us her teeth. Like he just did. It occurs to me I don’t know his first name.
“I’m Calista. You can call me Cali. I would shake your hand, but the plane isn’t stable.”
The corner of his mouth ticks up just as a flight attendant approaches him. The smirk drops and he watches her. A bright smile flashes on her face, no chipped teeth, and she reaches out to touch his arm as she asks if he needs anything. Her name tag says Tabitha. He shakes his arm free then looks to me for an answer.
“Liquor. Strong liquor. Shots. No ice,” I tell her. Clearly I’ve been reduced to monosyllables.
“Whiskey,” he declares then drops into the vacant seat next to me. The seat Colin should be occupying.
Tabitha runs a hand through her shoulder length, brown hair as her smile falters, but she quickly plasters it back on and nods.
“Is there anything else you’d like, sir?”
She steps closer to his seat and he leans closer to me. I lean away from him. Why is he even sitting here? He tells her no and after an awkward moment her eyes cut to me. Her lips pucker and she glares at me before turning and moving away. What the hell was that, Tabitha? We watch as she goes to a curtained off section and for a moment I’m plagued by the odd thought that she’ll do something to my drink.
“I’m Jayce. It’s stable; you’re safe,” he says and places his hand on top of mine.
It’s rough and calloused and exceptionally warm. Most importantly, it actually comforts me. That shouldn’t be happening. Red flag. I snatch my hand away, tighten my seatbelt as far as it’ll go, then fist my hands in my lap, my nails digging into my palms. 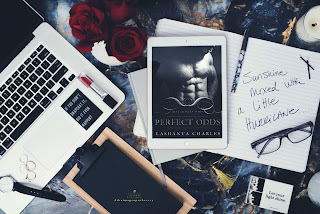 Perfect Odds really tickled me. Cali is a walking disaster. She literally stumbles into trouble. This book is for the ladies who are left standing at the altar and this is the perfect bittersweet. Cali is at the airport waiting for her future husband. They are supposed to be going on the pre-honeymoon. They are getting married abroad and are spending a few weeks before the wedding relaxing. The last call is announced for the plane and Colin, the husband-to-be hasn’t arrived. The phone rings and he delivers the final blow. He’s not coming. Cali can’t believe what she is hearing when someone bumps into her and her phone goes flying. Jayce Cranston is the strong silent type. His eyes are cold and he definitely isn’t warm and fuzzy. Cali has to make a decision does she get on the plane or walk away? Cali is living her worst nightmare and Jayce ends up being the guy who keeps her out of trouble. Perfect Odds is funny, sexy and all kinds of right.

This book is great. 5 stars out of 5. Kindle unlimited read, however, I’ve joined the blog tour. 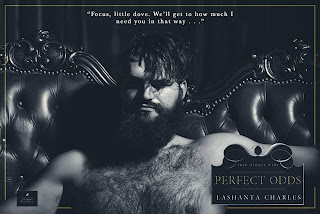 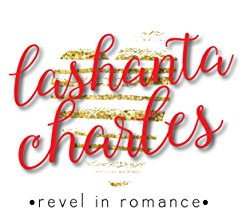 LaShanta Charles is from South Carolina, but currently lives in Tacoma, WA. She's married, has three tiny humans who constantly mooch off of her, and is active duty in the US Army. She's a homebody who adores SLEEPING, reading (romance, especially RH, paranormal, and sci-fi), eating, white chocolate mochas, SLEEPING, Reese's PB Cups (but only the ones stuffed with Reese's Pieces), and writing. Oh, and she hates spiders; why do they need EIGHT legs? 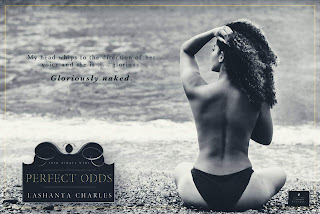 Posted by DanielleDuncan at 00:35