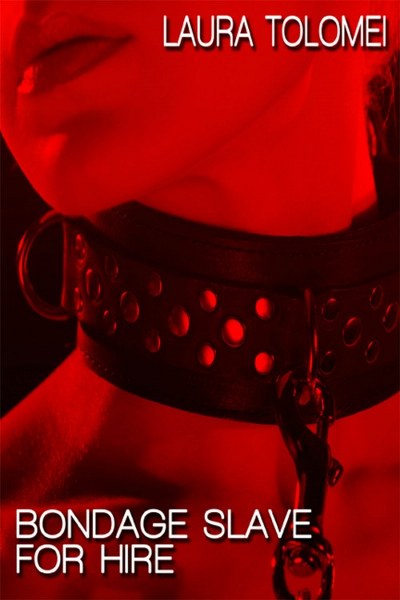 Just because you are a bondage slave for hire, do you deserve to die on Halloween night?
Whether vampires, shape-shifters or demon-switchers, all slaughtered in the most efficient manner. No mercy. No pity.

Nothing satisfies Lilly. Not even working at The Dungeon BDSM Club as a bondage slave for hire. A slave looking for her true master. None have fit the bill so far. Until Terry. He spins her craving to fever pitch. And she might just fall in love with him, if she could only be his slave. Not just his. Julien and André's, too. His gorgeous Creole lovers. Because they are the perfect Masters. But also keepers of the Black Room. On Halloween, she'll discover just how bad and dangerous their pain-lust game can really be. Will she be able to fulfill their true needs? Or will she perish in the attempt?

Alone at last with Lilly, Terry spared her no glances. Simply bent on his heels and pretended to be searching for something in his bag.

Not a word escaped her lips. Lilly picked up her purse and took the first step toward the door.

“Of course, if you quit, I won’t take you back, like Kelso did every time you returned crawling and groveling, which means you’ll never find the Master you’ve been seeking all your life.” This time he snatched a brief peek.

The utter shock painted on her face was an incomparable reward.

“And that would be a real pity.” He straightened, finally acknowledging her. “For the Master, I mean.”

“How…” How the fuck can you possibly know? Lilly’s body screamed to him. “How do you know?”

“‘Cause it’s written all over you.” A few quick strides and he was on her. “For anyone bothering to read.” Close enough for his breath to play on her face.

“Most people don’t.” She was gulping air, barely controlling the arousal he felt uncoiling from the pit of her stomach and drenching her cunt.

“You’ve wasted enough of my time.” Were it up to his straining erection, he’d have flung her to a wall and impaled that perky little ass of hers.

“Tonight’s opening night.” Were it up to his straining erection, he’d have lost himself inside that compelling body of hers.

But thank the stars, it wasn’t, or he’d have spoiled the perfect Halloween slave.

“And I’ve got a show to run.” Exercising fiercer control, he broke their contact. “So I gotta get ready for it.” Picking up his bag, he went toward a door to the far right.

“No, wait.” She scrambled after him the second he took the first step away from her. “I…”

Italian-born1965, Laura Tolomei lives near Barcelona, Spain, and is the author of 28+ books in her very particular and unique genre—Erotic Romance with an Edge. Her novels include, among others, the critically acclaimed scorching dark fantasy Virtus Saga, all ten books of it, along with the kindred spirits of both the ReScue and the Soulmate Series, not to mention her horror novels as well as a few historical ones. She has released works with such publishers as eXtasy Books, Whiskey Creek Press and Romance Divine LLC.
Website * Facebook * Twitter * Instagram * Bookbub * Amazon * Goodreads
#PMInc will provide a 15% discount for anyone that is referred by or mentions
Silver Dagger Book Tours!!
https://personalizedmarketing.info