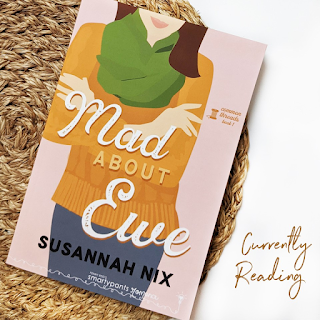 Dawn Botstein is doing just fine after her divorce, thank you very much.She’s got her yarn store to run, her house to herself for the first time in her life, and no use for men anymore. That is until the hottie silver fox who walks into her store turns out to be her old high school crush—the guy who rejected her 30 years ago.No way is she going to lose her head over him this time, no matter how well he wears that salt-and-pepper lumberjack beard. Okay, so he’s the opposite of her ex in every way, and his attention gives her a thrill she thought she’d never feel again. She’s not risking her heart again.Mike Pilota is having a mid-life crisis.Only instead of buying a red sports car he can’t afford and dressing like a 25-year-old who’s time-traveled from the 1990s, he quit his job after his second divorce to move closer to his recently widowed mother.He didn’t expect to run into Dawn again, but as soon as he lays eyes on her he’s utterly smitten. So he sets out to make up for past mistakes and prove he can be the kind of man she deserves.But is it too late for second chances? Or will these two lonely hearts find a way back to each other?'Mad About Ewe' is a full-length contemporary romance and can be read as a standalone. Book #1 in the Common Threads series, Seduction in the City World, Penny Reid Book Universe. Pre-order your copy today!Coming to Kindle Unlimited March 18th!Amazon US: https://amzn.to/399SCgEAmazon UK: https://amzn.to/35Wn4ZzAmazon CA: https://amzn.to/394iuuuAmazon AU: https://amzn.to/3fpPfDsAppleBooks: https://apple.co/2UW3TJoNook: https://bit.ly/35XQN4pKobo: https://bit.ly/2UUvrikGoogle Play: https://bit.ly/394eBWqAdd to Goodreads: http://bit.ly/3ockxRN‘Mad About Ewe’ will release wide on all retailers excluding Amazon on March 16, 2021. It will be removed from those retailers and be enrolled in Kindle Unlimited on March 18, 2021.

Posted by DanielleDuncan at 11:45