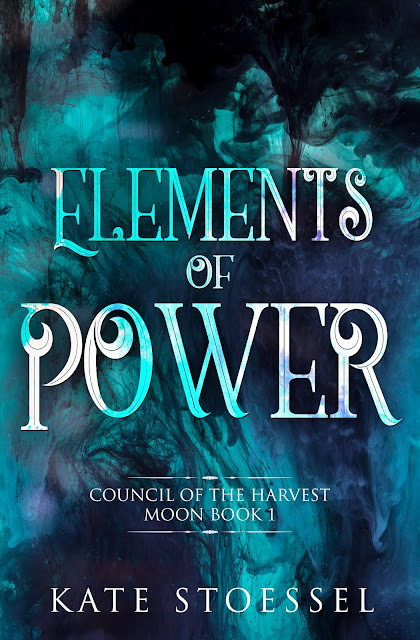 The Council of the Harvest Moon was established to maintain peace among the witches, fairies, vampires, and mermaids of the United States. However, old feuds die hard and as the powers of fairies wane with the destruction of natural environments, the witches rise with a rigid societal structure designed to assert their supremacy as the most powerful supernatural beings in the modern world.

As the descendant of two prominent New England witching families, Khlorie Lethestone’s life was destined to fit into the neat, color-coded boxes established by the American Continental Coven (ACC).  When it is discovered that Khlorie has “extra elemental powers” beyond that of a typical witch, she is sent to Spindlewick College, a secret institution designed to help witches develop non-conforming gifts into tools for the greater good of witching society.  Once there, she meets the attractive, but distant Perry Prentice, who is assigned to help her understand her gifts. But becoming one of the most powerful witches in the world means that you are watched closely, and Khlorie learns that there are secrets she must keep hidden to survive. 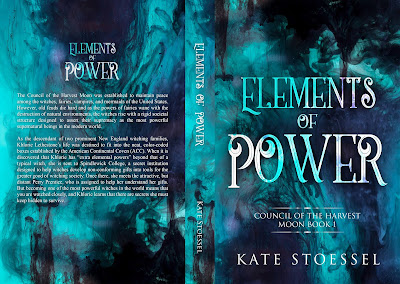 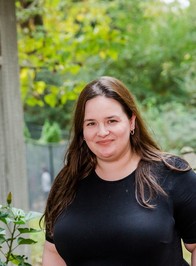 About the Author:
Kate Stoessel is a Middle Grades and Young Adult author specializing in Fantasy. She wrote her first novel, Erine Pershings and the Golden Lyre, because she could not find interesting and informative historical fiction that explored the daily lives of women and children in Ancient Athens. The Council of the Harvest moon series represents Kate’s first foray into Young Adult Fantasy, her favorite genre as a reader. She knows how transportive a fantasy story can be, and hopes to give her readers the same experience of wonder and escape. Whether Middle Grades or YA, Kate is committed to creating characters that feel as authentic and real as the students she works with everyday as a classroom teacher.
She has a B.A. degree in Classical Civilizations from Colby College and a M.S.Ed in Museum Education and Childhood Education from the Bank Street School of Education. Kate lives in Atlanta, GA with her husband, Jack, son, Augie, and two dogs, Artemis and Apollo.