The Virus of Beauty
By: C.B. Lyall
Genre: YA Fantasy
Hazel Publishing Company 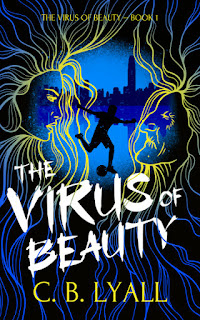 Wilf Gilvary is a teenage wizard who is terrified of using magic. When his father dies under mysterious circumstances, Wilf is plunged into the middle of a political struggle between the witches and wizards in the magical realm. He'd rather play soccer than practice magic, but he's forced to make a choice between the life of a normal teen and one of wizardry after a powerful virus begins to decimate the witch community. The cure is spellbound in a journal Wilf inherited from his father and when his friend Katryna contracts the virus, Wilf understands that he must overcome his fear of magic to unlock the journal's secrets - but will it be too late to save her?

“Ermentrude Wakefield is the name.” She glanced around the small store. “You may call me Witch Wakefield.”

Wilf stepped back, braced against the wall, and shoved his ringed hand into his pocket. His heart raced. The Wizard Council had dispatched this witch to collect him. Well, it didn’t make any difference who they sent. He wasn’t leaving Hong Kong.

“Now, I don’t usually deal with wizards” — her face wrinkled the way Myra’s did when she took his soccer kit out of its bag for washing — “but this time I have to. So, show me the rest of the place. We’ll need your father’s journal and then we’ll be on our way. There’s sure to be a portal nearby we can use. I can’t abide taking passengers on my broom. Although I’d rather not have to use the warehouse portals up in Sha Tin, but if needs must…”

“There’s been some mistake.” Wilf could hear the panic in his voice. “I’m not a wizard. That was my father. He died — I mean, evaporated — a few weeks ago.” 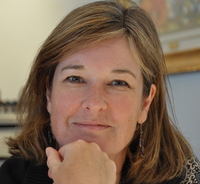 C. B. Lyall was born in Stockton-On-Tees, United Kingdom. As a child growing up in Northern England in the sixties C. B. Lyall loved sports, reading and amateur dramatics. She joined a renaissance group, practiced the broadsword and dreamed of visiting other worlds.

At the age of 18, she took a role as typist for a nursing school in Middlesbrough. She then moved to London and enrolled in night school. She was quickly recognized for her ability to fit in anywhere, willingness to take risks and passionate belief that gender should never be a barrier to achieving your dreams. She eventually became a project manager in software development and micro-computers, bridging the gap between computer programmers and management.

Her dream to travel was finally realized in 1990 when she moved to New York City, USA with her husband and the first of three sons. This was the stepping stone to a lifelong adventure that has taken her and her family to India, Belgium and Hong Kong.

C. B. Lyall has used her passion for the fantastic to create a world where everyday gender inequalities are at the forefront of a world ending conflict. She shares this story through the eyes of a young man who is suddenly thrust into this new world along with all of his own woes and prejudices. The introduction to this world is in C. B. Lyall’s debut YA novel, “The Virus of Beauty”.