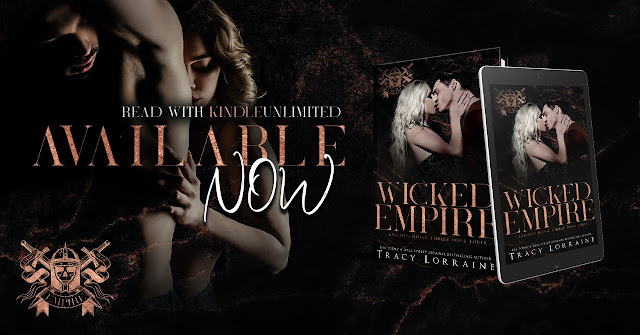 The empire is crumbling…

She didn’t believe me. Even now she doesn’t want to.

But as sirens ring out in the distance and she stares into my eyes— there is no denying it.

No denying her. Or the truth.

The threat is closer than we ever imagined and uncovering that truth is more deadly than the lies she grew up believing.

We’re at our breaking point, but I’m not going down without a fight. And I’m sure as hell not going to lose her. Not after everything we’ve endured.

Stella Doukas might have started out as her father’s little princess.

But I’m going to make her my queen.

Wicked Empire is the third and final in Stella and Sebastian's trilogy and the first couple's story in my Knight's Ridge Empire series. This book is a dark bully romance that contains mature content and demanding alphaholes that some readers may find disturbing. You have been warned.

Add the series to your TBR https://bit.ly/3DehLCQ

Posted by DanielleDuncan at 08:58