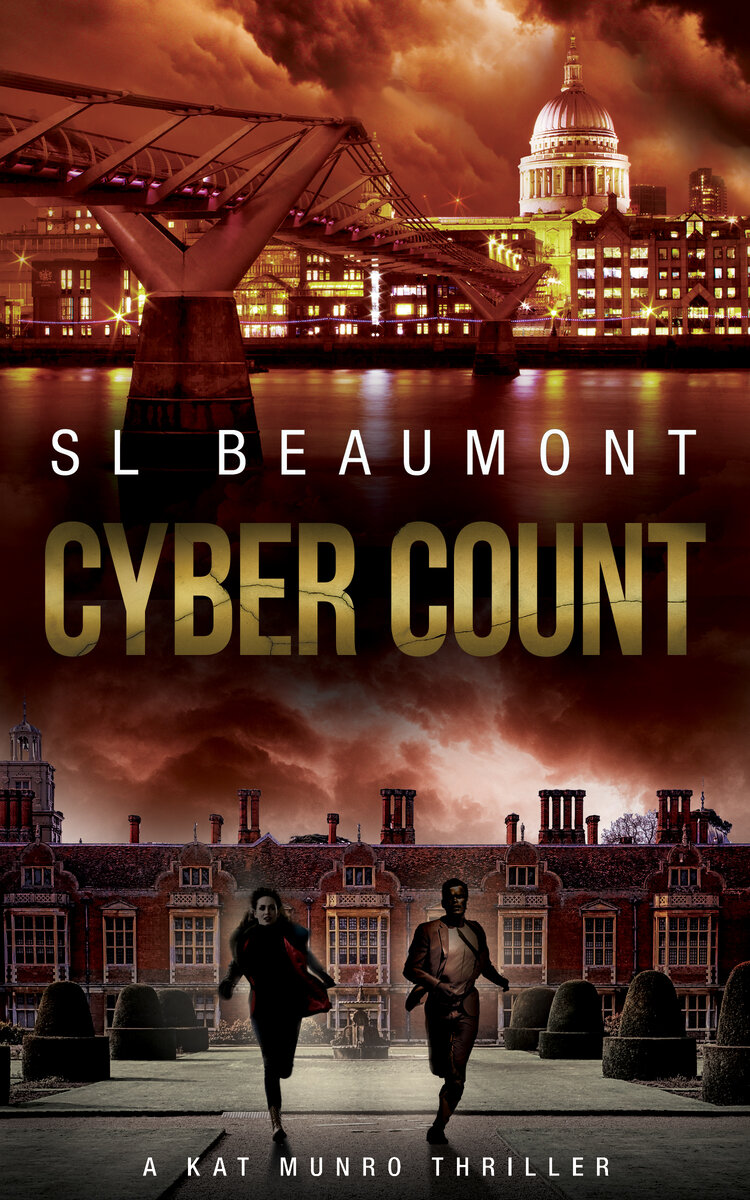 Has cyber-crime escalated to murder?

Forensic accountant Kat Munro puts her traumatic past behind her and begins dating journalist Connor O’Malley, whose investigations into online crime attract the wrong kind of attention. When a colleague’s teenage son goes missing, and his friend’s body is discovered, Kat finds herself working with DS Adam Jackson again.

The murder enquiry leads Adam to an exclusive London school where allegations of drugs, gaming fraud and child pornography abound. As he gets deeper into the investigation, Adam is forced to face issues in his private life while suppressing his feelings for Kat.

The faceless hackers become desperate, and Connor is found drugged with his research missing. Can Kat and Adam put the past behind them to solve a series of seemingly unrelated incidents before someone else becomes the victim of an elusive cyber-crime network?

Other Books in the Kat Munro Thriller series: 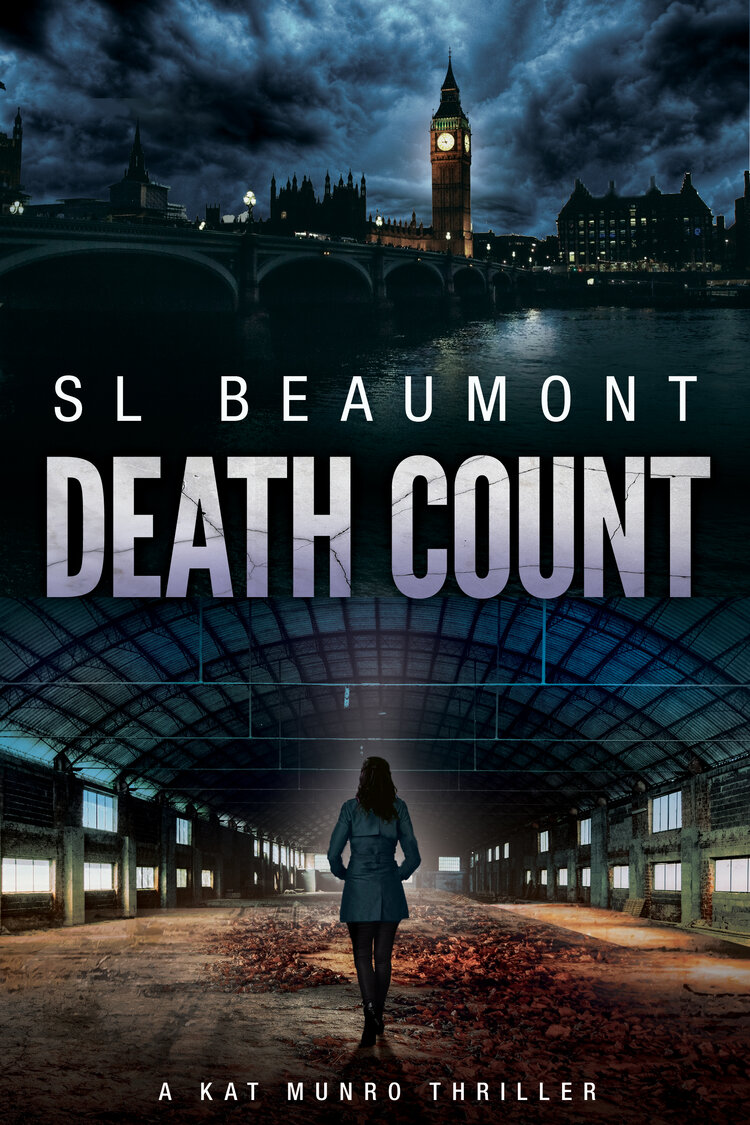 Can a conspiracy be uncovered before the Death Count rises?

Forensic accountant Kat Munro fights corporate fraud during the day and kickboxes her demons at night while trying to ignore the nightmares that have plagued her since a car accident changed her life forever.

DS Adam Jackson is haunted by the mysterious disappearance of a friend two years ago.

When the partner of a successful London Investment fund dies in suspicious circumstances, Kat joins forces with Adam to investigate the firm. As they gather evidence of a crime with implications beyond the City, they find that events in their pasts are on a collision course; one which will ultimately put them both in serious danger.

Fast-paced and entertaining, Death Count takes a deadly dip into the world of financial crime.

Marshall Tyler stamped his feet to keep warm and tossed his blond curls out of his eyes. It was supposed to be spring in London, but there wasn’t much evidence of that yet. He couldn’t wait for summer when school would finally be done. He would decamp to his parents’ holiday home on the French Riviera for the holidays, where he’d spend each day working out at the gym, working on his tan, and chasing any number of beautiful girls who flocked to the region.

He took another look at his watch, a gift from his mother, an expensive Girard-Perregaux timepiece similar to the one footballer Cristiano Ronaldo favoured. They were late. He’d give them another five minutes, and then he’d return to school and apologise to his mate Harry. Maybe he shouldn’t have gone behind his back to arrange this meeting, but Marshall loved the thrill of what they’d done. Harry wanted to take it slow, but Marshall had seen the opportunity when it presented itself. Despite Harry’s objections, he’d gone ahead and submitted the proposal anyway. Perhaps he was going to be a shrewd businessman like his father after all.

There was a rustle in the weeds near the abandoned building where he’d been instructed to wait. He spun around and caught a glimpse of the mangy red tail of an urban fox disappearing into the undergrowth. The single-level brick structure and surrounding security fence were marked with ‘Keep Out’ signs, overlaid with meaningless graffiti. Plastic bags, food containers and all manner of rubbish had blown into a pile against the wire fence at one end of the site. The lights on the estate lining the streets leading to the old substation had flickered on during the time he’d been waiting, and dusk now blanketed the city.

He looked around at the growing shadows, and a shiver ran down his spine. He couldn’t wait to leave this dodgy part of London behind him. He couldn’t believe, out of all the places where he could have completed his schooling, that his parents had sent him to a boarding school in the East End. It had been his father’s way of providing some counterbalance to the opulent lifestyle Marshall had been born into.

They weren’t coming. Marshall felt the emptiness of disappointment twist his stomach. He took one more look about him, turned his collar up and ducked back through a hole in the broken fence. When he straightened, two men were standing in front of him.

He jumped and took a step back, crashing into the fence. One of the men laughed, a harsh chesty sound. Marshall couldn’t make out much of their features in the gloom, except that they were both broad-shouldered, with knitted beanies pulled down over their ears.

“Tyler?” the first one asked.

Marshall nodded and swallowed, feeling a sudden dryness in his throat.

“Let’s talk around the back, where we won’t be overheard,” the first man said.

Marshall hesitated, unsure whether he wanted to be out of sight of the flats. Still, it didn’t seem to be a suggestion, so he ducked back through the hole in the fence and waited while the two men followed. He took a deep breath and reminded himself that he was the one in charge; he had the thing they wanted. Squaring his shoulders, he led them around the edge of the substation into an overgrown yard that led down to the railway siding.

“Has the money been transferred?” Marshall asked. He heard the slight tremor in his voice and hoped that the men didn’t.

Marshall took out his phone and tapped on the app for the bank account. The balance was unchanged from when he’d looked earlier. “It’s not there,” he said. “I can’t give it to you until I’ve been paid.”

The second man stepped forward and knocked the phone from Marshall’s hand. The screen shattered as it landed at his feet.

“You didn’t really think we’d pay your blackmail, did you?” the first man sneered. “Now give it here.”

Marshall felt a frisson of fear. He opened his mouth to call for help, but the men laughed.

“No one will hear you, and if they do, no one will come to your aid, not around these parts.”

Marshall took a step backwards, but the first man grabbed him while the second man landed a solid punch to his abdomen, followed by one to his jaw. Marshall’s head dropped to one side, and he struggled to draw in a breath.

The man hit him once more, and Marshall felt pain radiate from the centre of his face. Blood gushed from his nose, spilling down the front of his jacket.

“We’ll wait here, and you go and get it,” the first man said, releasing him and pushing him towards the building. “You have thirty minutes.”

“And we’ll keep that fancy watch as collateral to make sure you come back.” The second man reached for his arm, releasing the clasp on the strap and slipping the watch from Marshall’s wrist. He held it up to his face for a closer look. “Very nice.”

“No,” Marshall said, making a grab for the watch. The man pulled away as Marshall’s fingers grazed the back of his hand. “That was a present from my mother.”

“You know what you need to do if you want it and your phone back.” 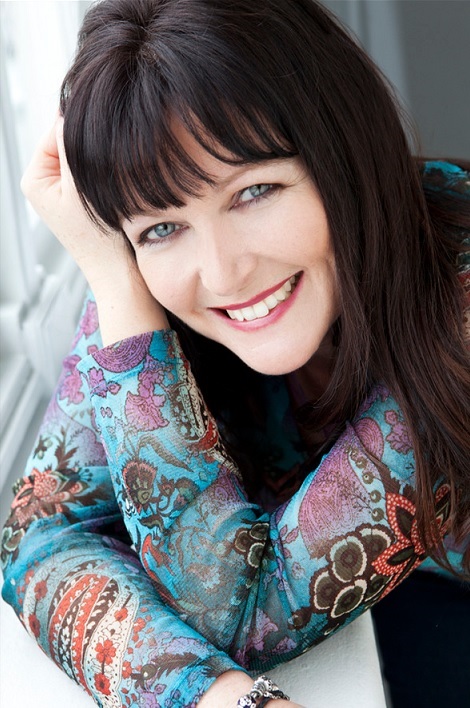 SL Beaumont is the author of the award-winning novel Shadow of Doubt, the Kat Munro Thriller series and the Amazon best-selling series, The Carlswick Mysteries.

She lives in beautiful New Zealand, which is only problematic when the travel-bug bites (which it does fairly often)! Her passion for travel has seen her take many long haul flights to various parts of the world. Her love of history helps determine the destination and the places she visits are a constant source of inspiration for her.

Prior to becoming an author, SL Beaumont worked in banking in London and New York.

Shadow of Doubt won the 2020 Indie Reader Mystery/Suspense/Thriller Award and was long-listed for the Ngaio Marsh Award for Best Novel. Death Count was a semi-finalist for both the 2021 Publisher’s Weekly BookLife Fiction Prize.