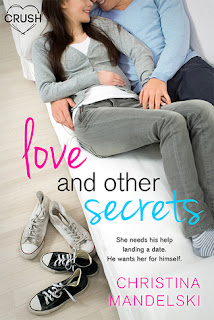 Love and Other Secrets

Star lacrosse player Alex “Kov” Koviak has it all. Or so everyone thinks. He’s really good at pretending his life is perfect...until he meets Bailey. The girl challenges him and pushes him and makes him laugh like he’s never laughed before. Their friendship is their little secret, and he’s happy to keep her to himself.Between school, two jobs, and trying to get into NYU film school, Bailey Banfield has zero time for a social life. But then she meets Alex in her express lane at the grocery store, and their secret friendship becomes the only place she can breathe. She refuses to complicate that with more. No matter how charming Alex can be.When Bailey decides to film an outrageous proposal for her NYU application, she enlists Alex’s help to plan an over-the-top, epic proposal to someone else. Too bad the only prom date Alex wants anywhere near Bailey is him. For a guy who seems to have it all, he’s about to lose the only thing he’s ever wanted.Disclaimer: This Entangled Crush contains a cocky lacrosse player in over his head with his secret best friend, unexpected midnight kisses, swoon-worthy slow dancing, and movie-night cuddling that’ll make you ache. You’re going to want an Alex of your own!

What a sweet ending!
Alex and Bailey are friends outside of school. He's a popular, rich lacrosse player. She's a smart, coffee house worker from the trailer park. Bailey has dreams of going to film school and Alex is so laid back he hasn't realised he's in love with his best friend.

Bailey wants to make a prom proposal film. She wants her film to be noticed so she has a better chance of getting into film school. She enlists the help of her best friend to help her ask the lucky guy.

Alex is so laid back girls normally ask him to prom. This year he knows who he wants to go with but unfortunately, he takes too long to ask her. Now he's trying to help her land a dream date with someone else.

These two are an unlikely couple that works really well together. They have sassy bubbly chemistry. The story is lighthearted and funny in places. Both chapters are likeable even though Alex sometimes needs a glass of cold water thrown over him. The get together is really cute and the story flows well. 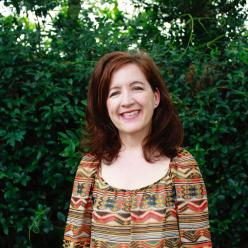 Christina Mandelski was born in South Florida, where her love of reading was cultivated in a house full of books. Stories like The Little House series, The Lion, The Witch and the Wardrobe, Island of the Blue Dolphins and The Secret Garden, filled her imagination and fueled her dreams to be a writer. That dream came true when her first young adult novel, THE SWEETEST THING, was published in 2011, and she’s beyond thrilled about her upcoming series for Entangled Crush. Chris lives in Houston with one handsome husband, two beautiful daughters, and two freakshow cats. She has a fondness for the beach, her family and friends, and she still loves to read (especially curled up with a good cup of coffee!) She also enjoys shopping, traveling and eating, especially cake. Always cake. When she’s not doing these things, you can find her holed in a cozy spot with her laptop, writing. Visit her at www.christinamandelski.com.